Our Donations to Charities

You are here: ...
Home / About The Team / Our Donations to Charities

Members of 1% for the Planet

At our company, Medical Artist Ltd we are all passionate about wildlife preservation and conservation. As part of our commitment we have signed up to donate a minimum of 1% of our annual sales to environmental causes each year. We do this as members of 1% for the Planet Organisation. The donations come from the company’s profits so it does not affect the prices we charge customers for our work.

1% for the Planet is an organisation that connects businesses and consumers and there are now more than 1200 businesses who between them have donated over $100 million to 3,300 non-profit organisations working on environmental causes. Their movement of businesses and individuals takes real responsibility for our planet. Whether making smarter giving decisions, creatively collaborating, or leveraging the 1% for the Planet brand to encourage everyone to purchase for the planet, the network 1% created delivers greater support for environmental solutions in need of increased support. Their inspirational story can be found here at 1% For The Planet.

David Shepherd is an internationally famous artist who has spent the majority of his life working as an artist and campaigning for environmental causes. His charity The David Shepherd Wildlife Foundation is a small, effective charity funding key projects in Africa and Asia working to save critically endangered mammals in the wild.

DSWF supports anti-poaching and conservation projects throughout Africa and Asia making a real difference to the survival of these critically endangered mammals from painted dogs to tigers, elephants and from snow leopards to rhinos.

We have been very happy to have supported this charity every year since 2012 and this has been from supporting orphaned elephants, to tiger anti-poaching programmes and most recently included the Painted Dogs Appeal. The painted dog is one of Africa’s most endangered animals and one of its least understood. It lives in complex social groups with family very much at its heart. But they are target from persecution from shooting, traps to general loss of habitat. But DSWF has been working hard to change the negative perception of these animals. To complement work in the field, DSWF supports education and awareness work with the goal of destroying existing myths about the dogs as dangerous pests. Every year, over 1,000 children in Zimbabwe attend an inspiring education programme to encourage respect for the painted dog. 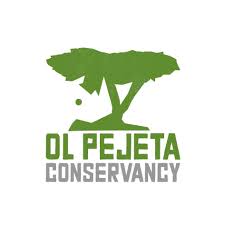 Ol Pejeta is the largest black rhino sanctuary in east Africa, and home to three of the world’s last remaining northern white rhino. It is the only place in Kenya to see chimpanzees, in a Sanctuary established to rehabilitate animals rescued from the black market. It has some of the highest predator densities in Kenya, and still manages a very successful livestock programme. Ol Pejeta also seeks to support the people living around its borders, to ensure wildlife conservation translates to better education, healthcare and infrastructure for the next generation of wildlife guardians.

Reading their story is inspirational Ol-Pejeta. So we were eager to support a fund raising auction and we donated a print of a young impala illustrated by Joanna Culley. As a non-profit organisation they rely heavily on the generosity of the general public and businesses to continue their efforts to protect the animals at Ol-Pejeta.

Medasset Mediterranean Association to Save the Sea Turtles

With so many worthy causes its hard each year to decide who to donate to. This year, 2017, we donated to Medasset because their role is to win a place for sea turtles in the hearts of the public and to establish them as a flagship species for the conservation needs of marine and coastal biotopes throughout the Mediterranean region. To ensure these needs are central to national and international policy, and to support the creation of future protective measures and the enforcement of existing ones. 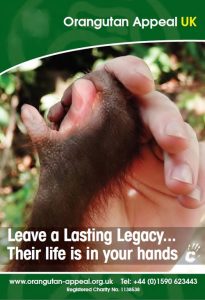 With so many animals in need its difficult to choose who to donate to first. Our team members (Innovation Visual Ltd as well) chose The Orangutan Appeal UK a registered charity based in the south of England, because of its dedication to the rehabilitation and preservation of orangutans and the conservation of their habitat.

Orangutang Appeal UK strives to protect remaining wild populations of Orangutans by providing support and funding for projects across Malaysian and Indonesian Borneo and by raising awareness of the plight of this great ape across the globe.

Saving animals these days means saving their habitat and raising awareness and through education. The organisation also rescue orangutans which are in danger or being kept illegally as pets. Its amazing work and we are honoured to help even in a small way.