We are a team of highly skilled professional medical illustrators and we work with customers to create wonderful custom medical illustrations that are used for marketing, to promote a medical product, to explain anatomy for book publishing, for eLearning modules and for health and medical websites.

With a wealth of experience dedication to making sure we exceed our customers expectations, we produce expert medical 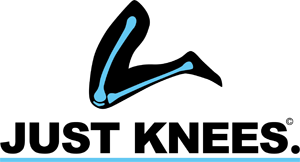 illustrations concerning the area of the knee and joint. Our illustrations are used by a huge array of clients and are always highly regarded due to their clinical accuracy as well as their aesthetic appeal. Used in patient education materials to medical education, illustrations like these are proven tools in the communication and education of anatomy, medicine and science.

We have experience in providing many illustrations on knee anatomy and completed for surgeons such as Andy Cossey of ‘Just Knees‘. Andy Cossey’s requirements were for the provision of knee medical illustrations for a company website for his business Portsmouth Knee Clinic Ltd. Just Knees are a specialist knee pain clinic based in Hampshire and the West Sussex areas who are experts in orthopaedic knee health, surgery and care treating patients with knee problems. 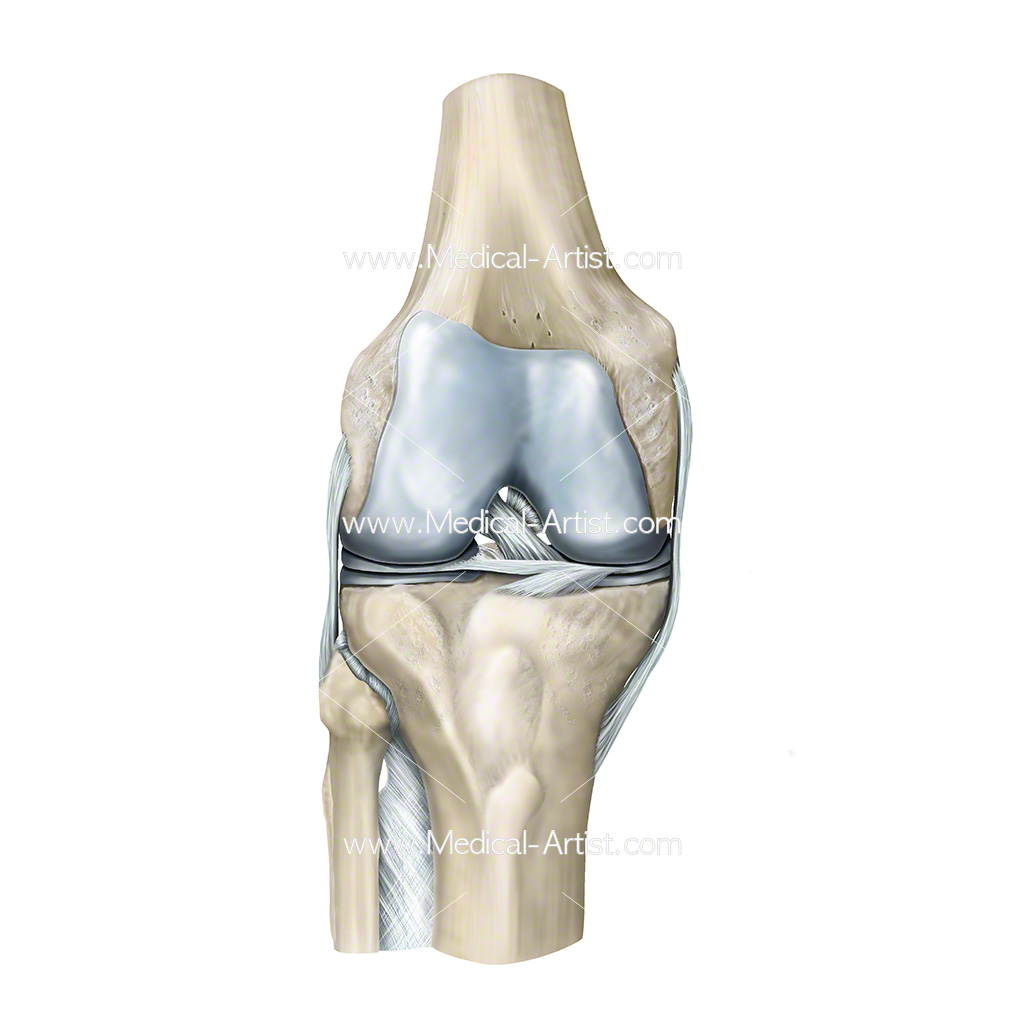 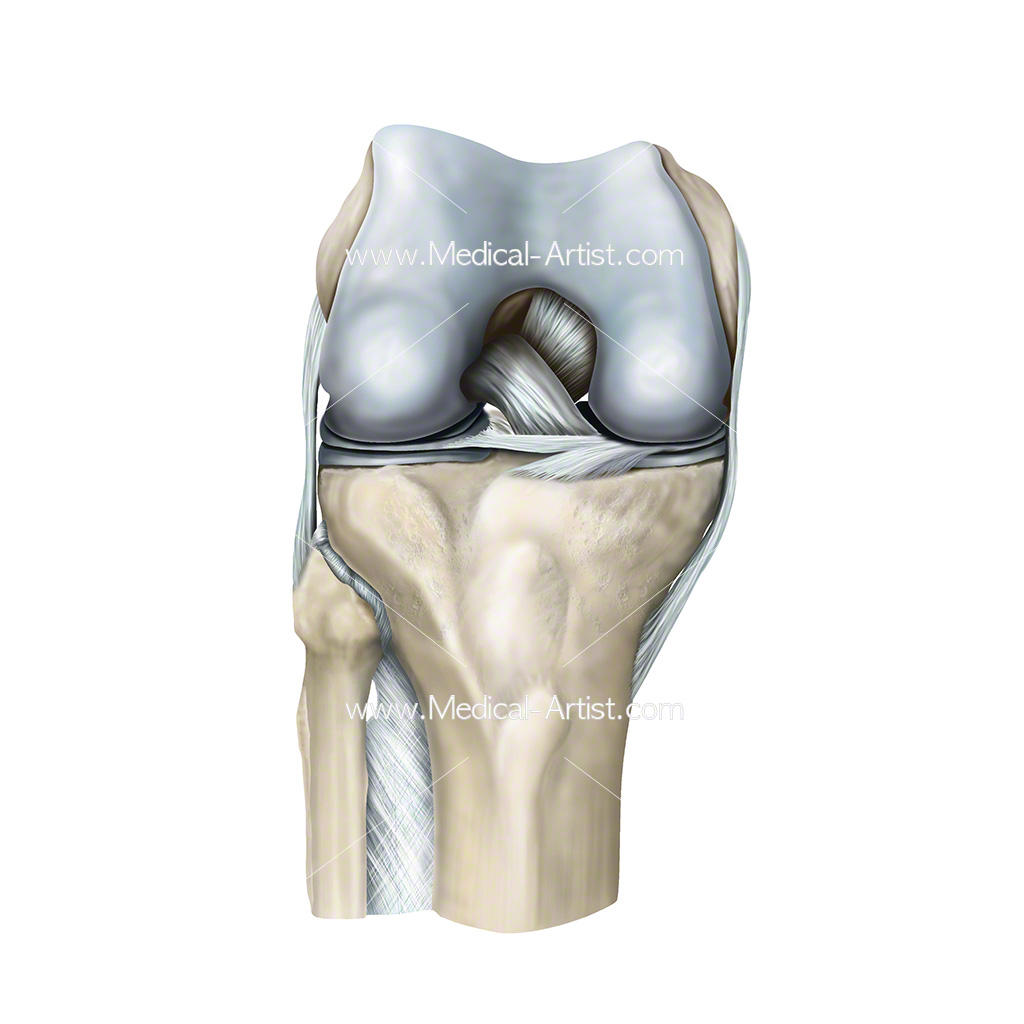 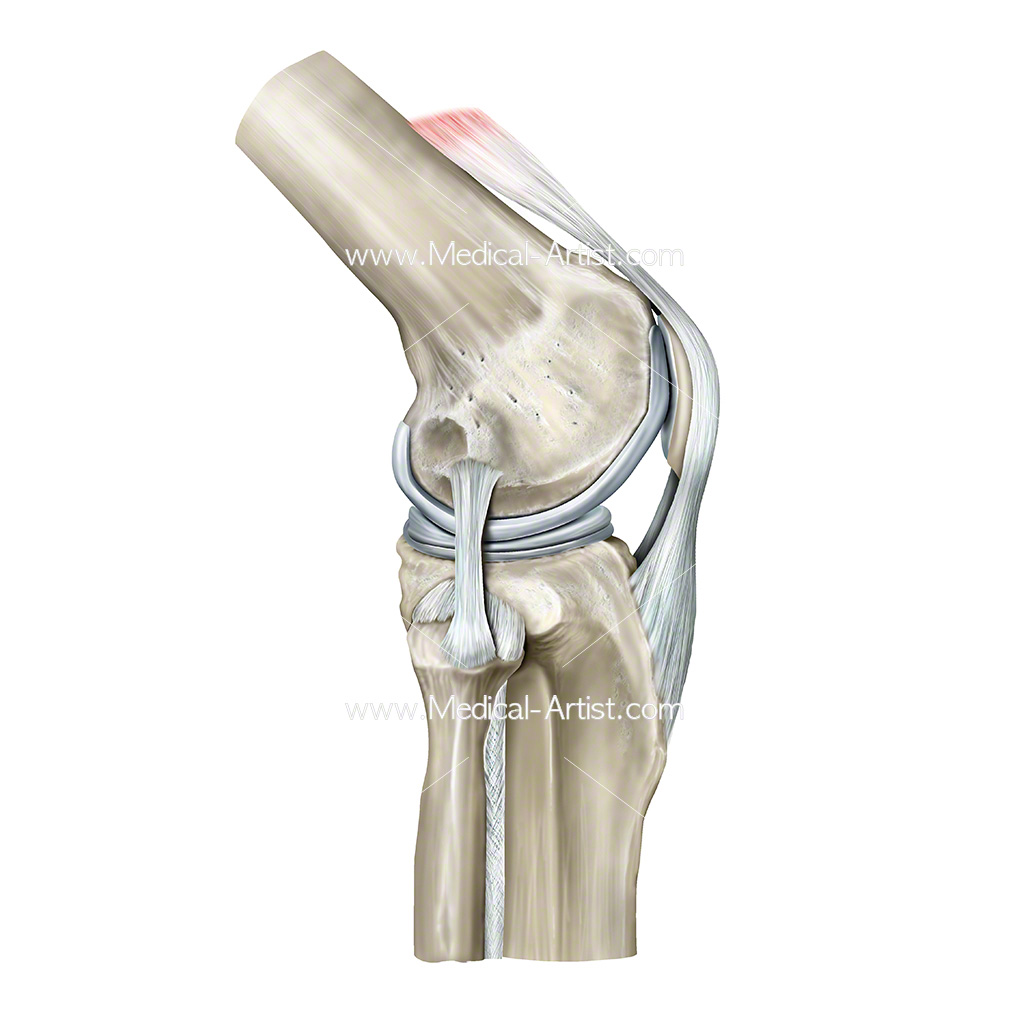 The knee joint is a key joint in the human body because of its relevance to movement for walking, stability and flexion in the leg. Its enables human’s their movement as it allows the lower leg to move relative to the upper leg while supporting the body’s weight. Everyday movements are possible because of its own strength as a joint with strong ligaments that surround the joint capsule of the knee to reinforce its structure and hold the bones of the leg in the proper alignment. 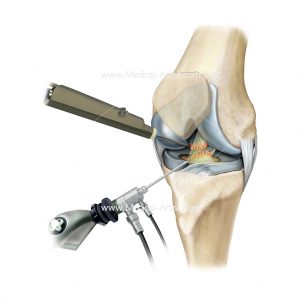 The bones of the leg start with the femur located in the upper thigh. The femur, or thigh bone, is the longest, heaviest, and strongest bone in the entire human body. All of a human’s body weight is supported by the femurs. The bones in the lower leg are called the tibia and the fibula. The tibia also known as the shinbone is the larger and stronger out if these the two bones. It connects the knee with the ankle bones. The tibia is the second largest bone in the human body next to the femur. The fibula or calf bone is smaller and located on the lateral side of the tibia, with which it is connected above and below.

In addition to the joint capsule and ligaments that support the knee, there are also several important structures surrounding the knee that help cushion and protect the joint from friction during movement. These are called bursae and there are eleven bursae in each knee. These are fluid-filled sacs or a sac-like cavity that surround the knee to reduce friction and cushions pressure points between the joint bones and reduce the friction from movement of tendons across the surface of the joint. The suprapatellar is located between the patella and femur. There are also pockets of adipose tissue around the knee, known as articular fat pads that help to cushion the knee from external stress. 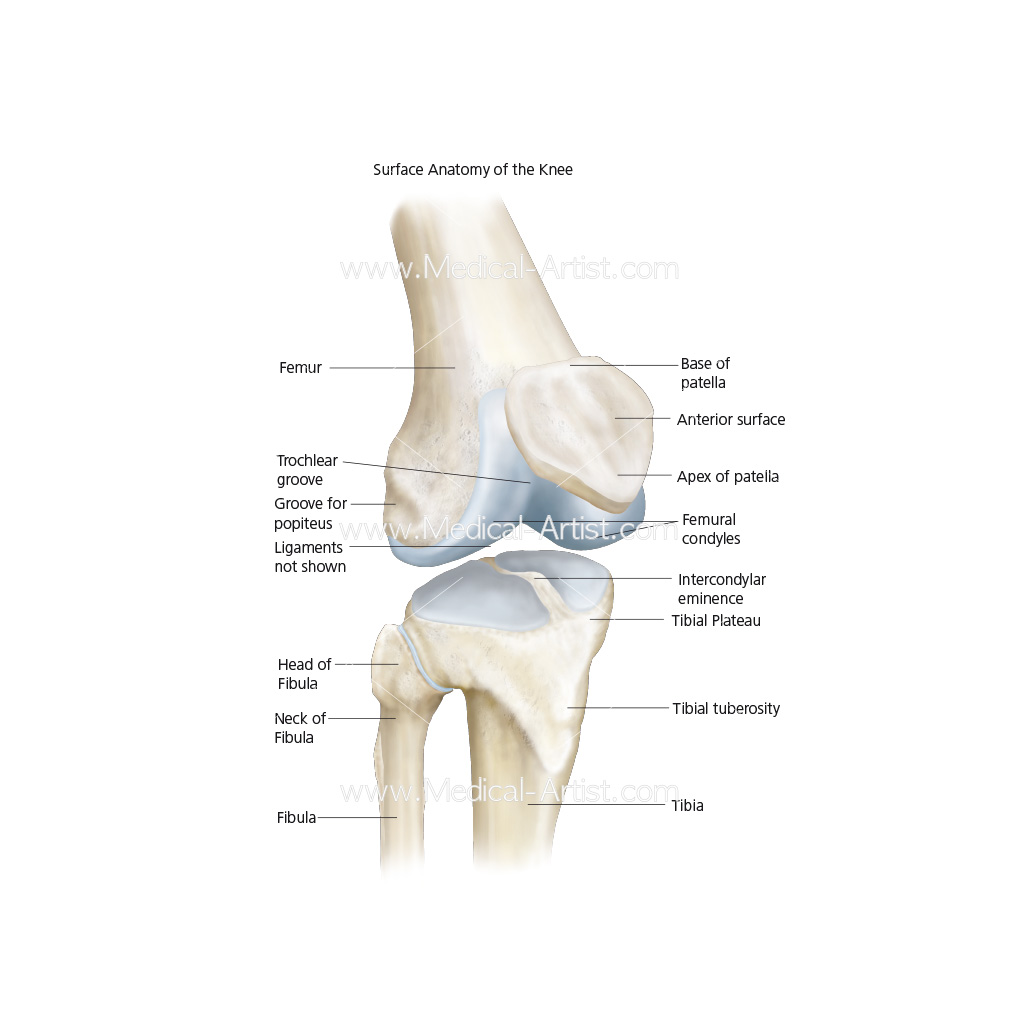 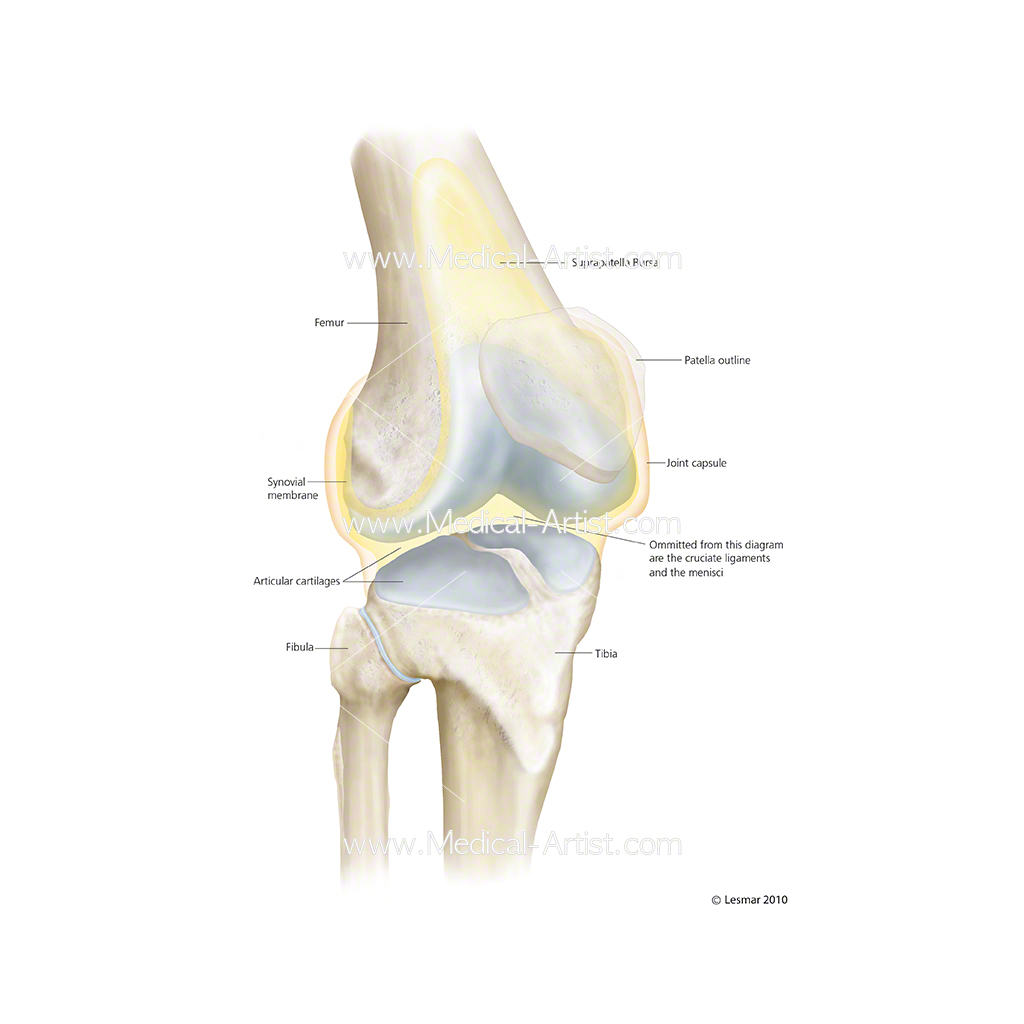 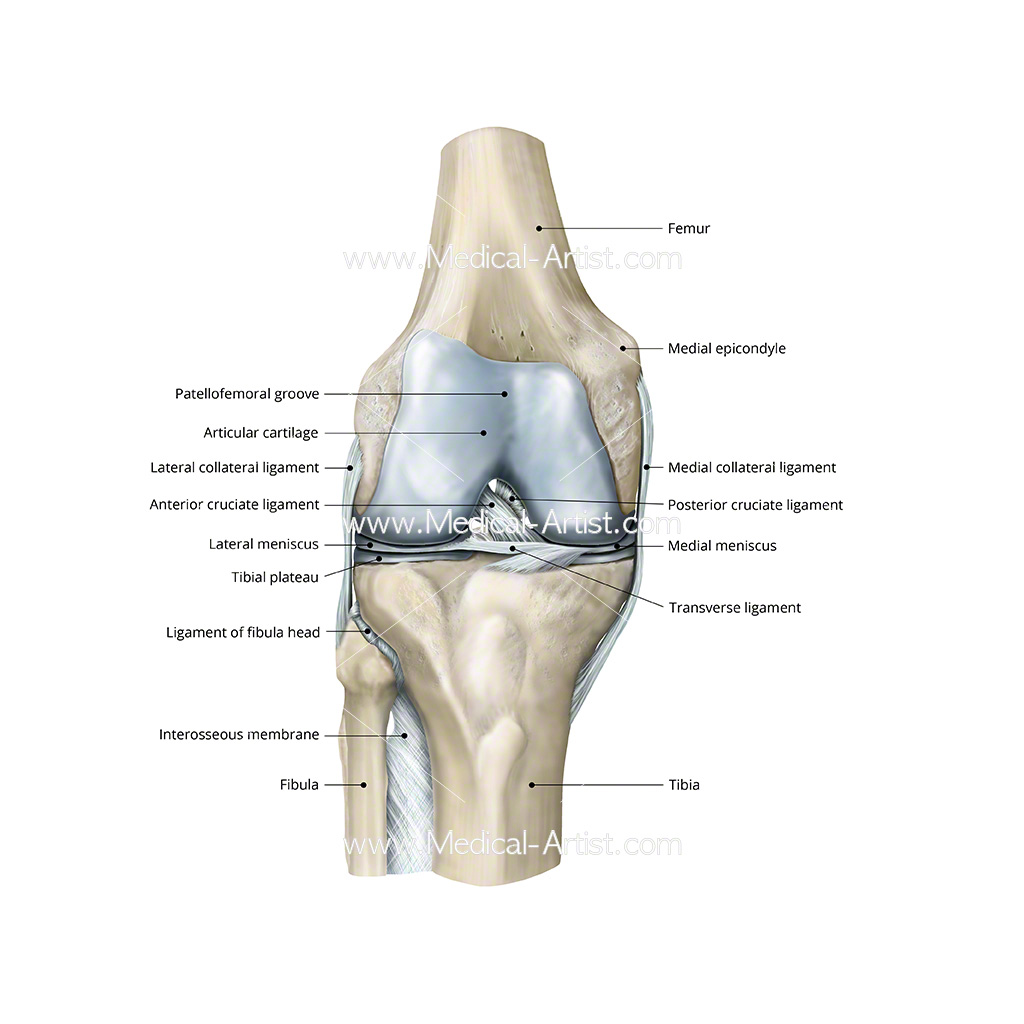 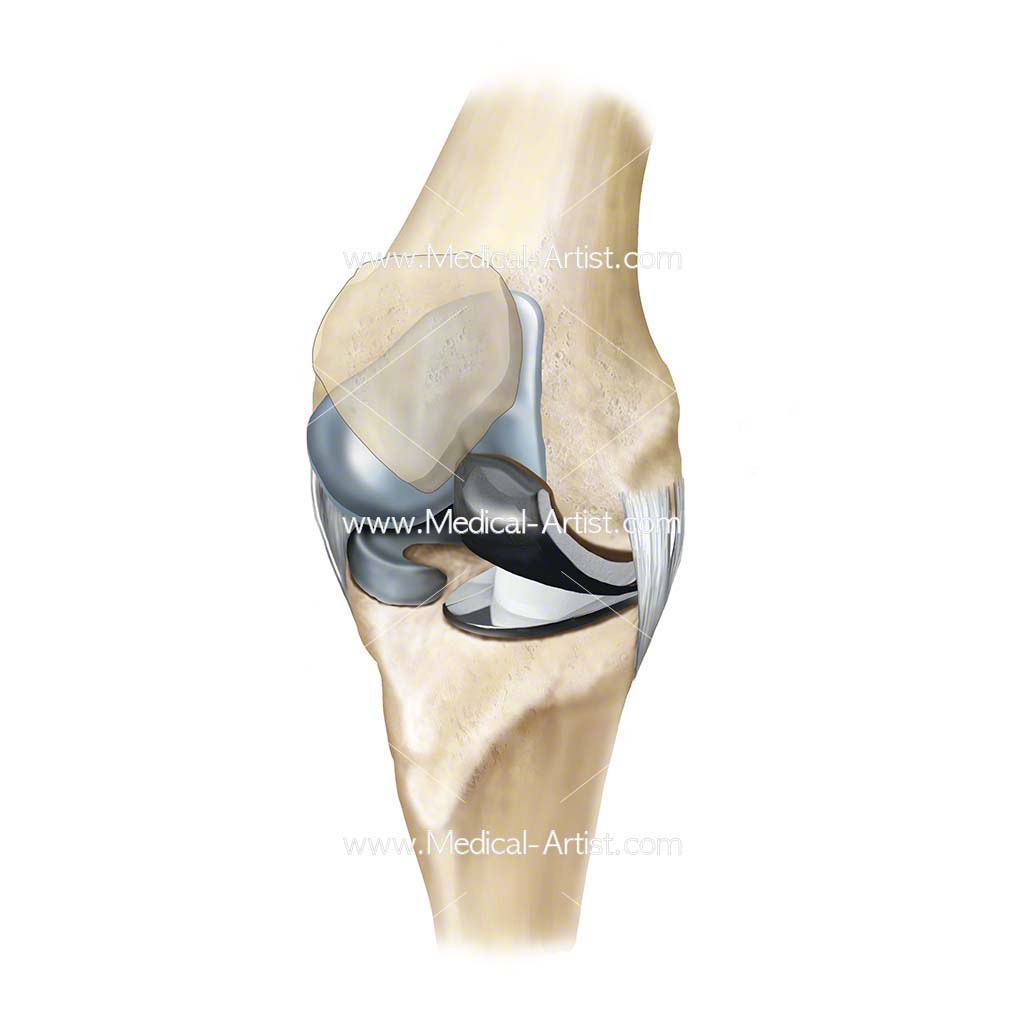 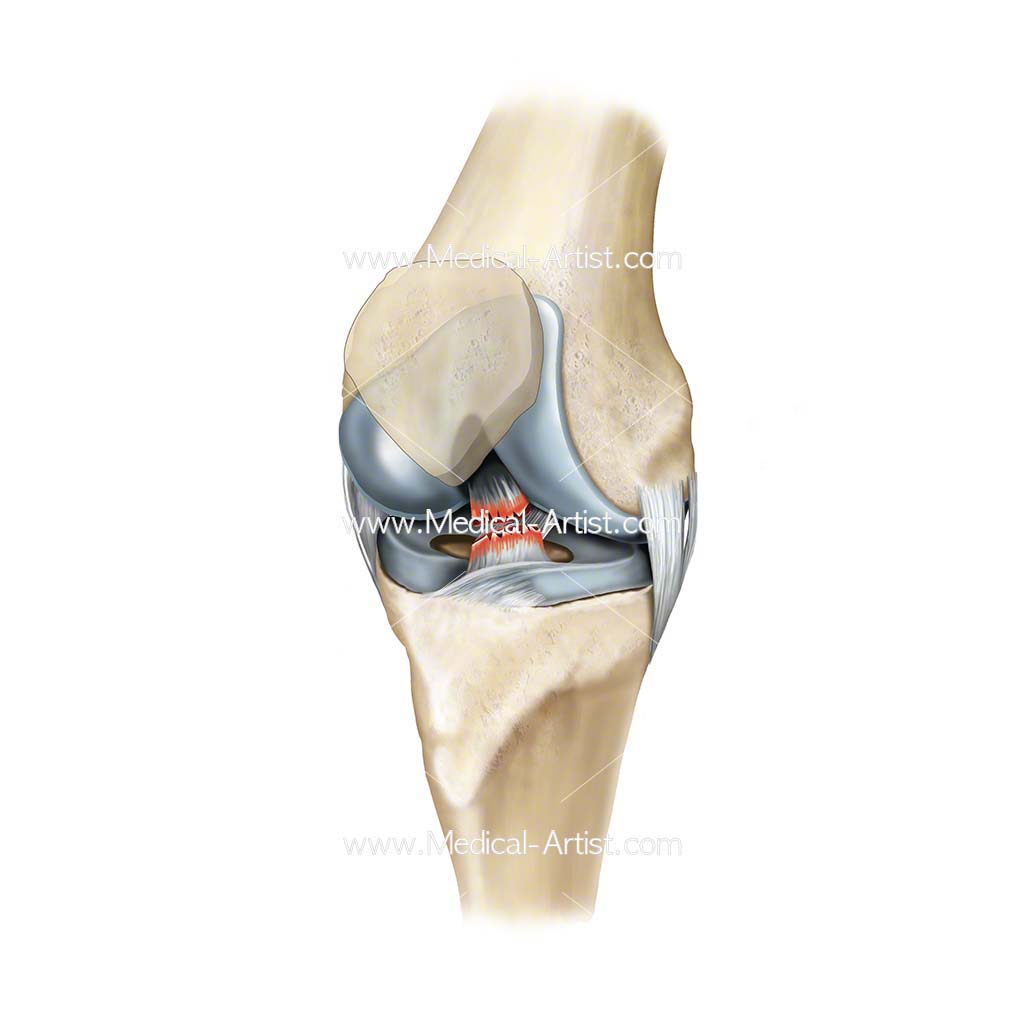 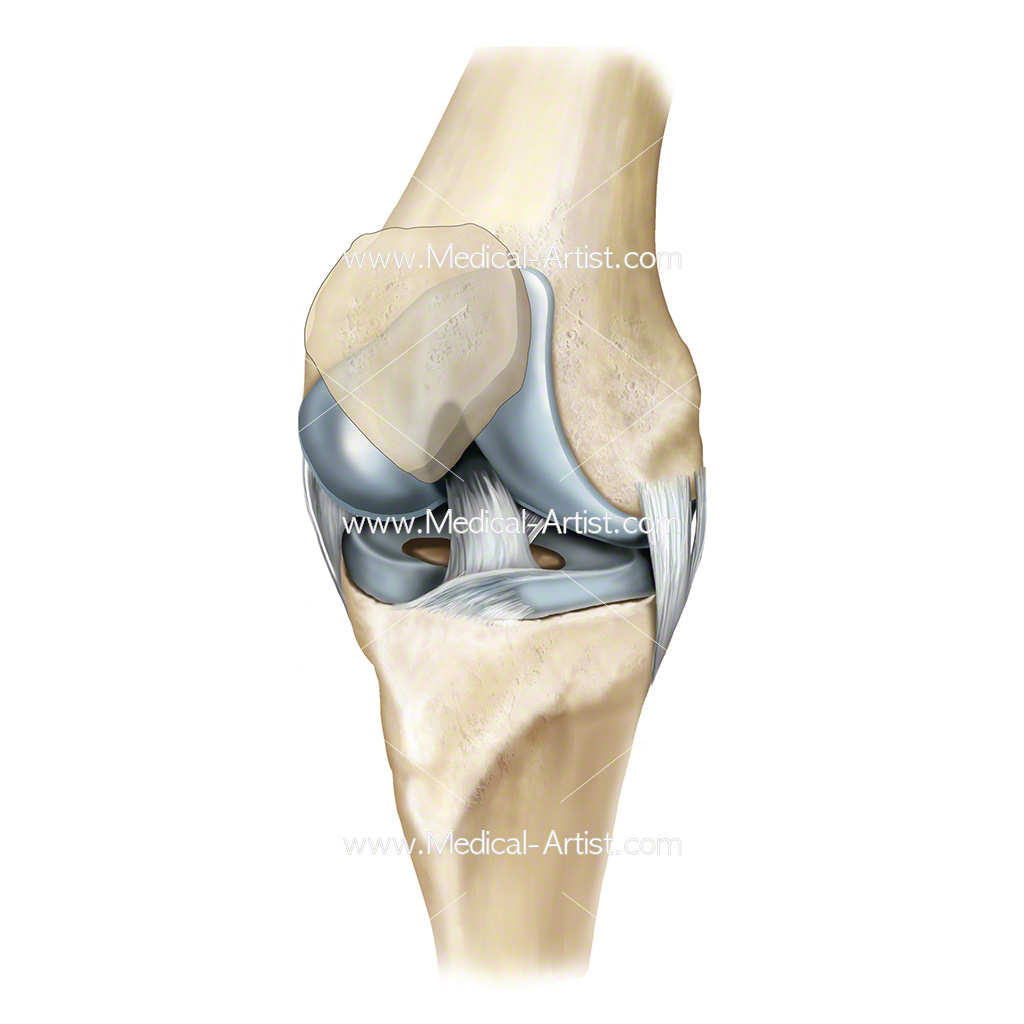