Medical and anatomical illustrations of ENT 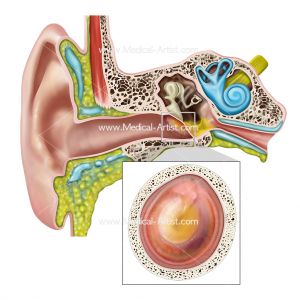 E.N.T is an abbreviation for Ear, Nose and Throat. In this gallery we present visualisations of the anatomy of ear, nose and throat. We are anatomically trained medical artists available to create great E.N.T based illustrations for use in the healthcare industry.

The ear is made up of three areas, the external visible portion of the outer ear, also called the pinna. This part is responsible for collecting the vibrations of the air by which sound is produced. There is also the middle ear or tympanic cavity and the inner ear. These parts are not only responsible for detecting sound but they also aid balance and body position.

The nose acts as a respiratory tract and contains the olfactory organ. Made up of parts the visible portion is called the external meatus. Containing two nostrils divided by the septum, these are the chambers from which the air enters into the nose. As the air enters the nose it enters the turbinates and nasal passages. The turbinates help trap particles entering the nasal passages. The sinuses are air-filled cavities which surround the nose.

The throat is the muscular and cartilage tube that acts as the passageway for air, food and liquid and also helps in forming speech. The throat consists of the larynx, responsible for producing sound, these muscles also allow food to pass down into the oesophagus. The pharynx is considered part of both the respiratory system and the digestive system. The epiglottis is a piece of cartilage that lies above the vocal cords. The adenoids and tonsil are situated here and as they are lymphatic tissues they are part of immune system.

Gallery of Medical Illustrations for E.N.T 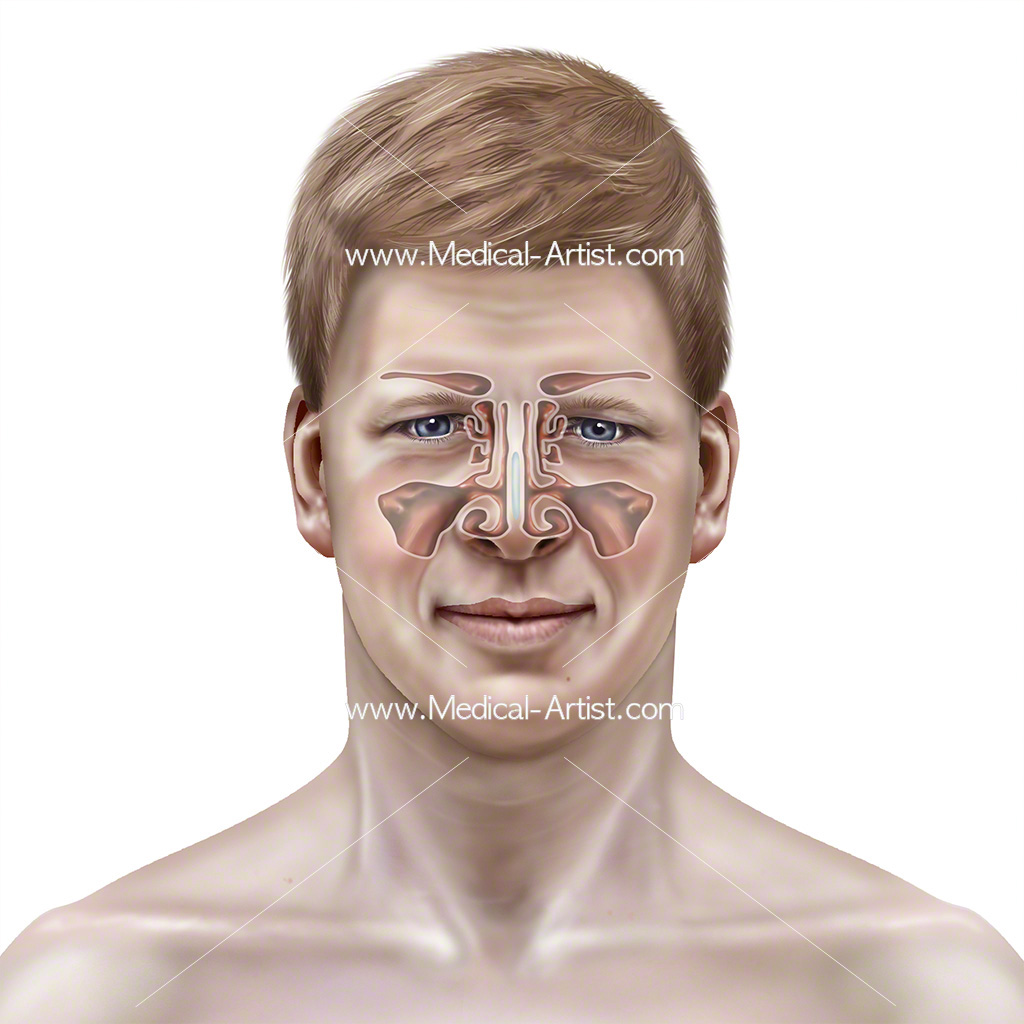 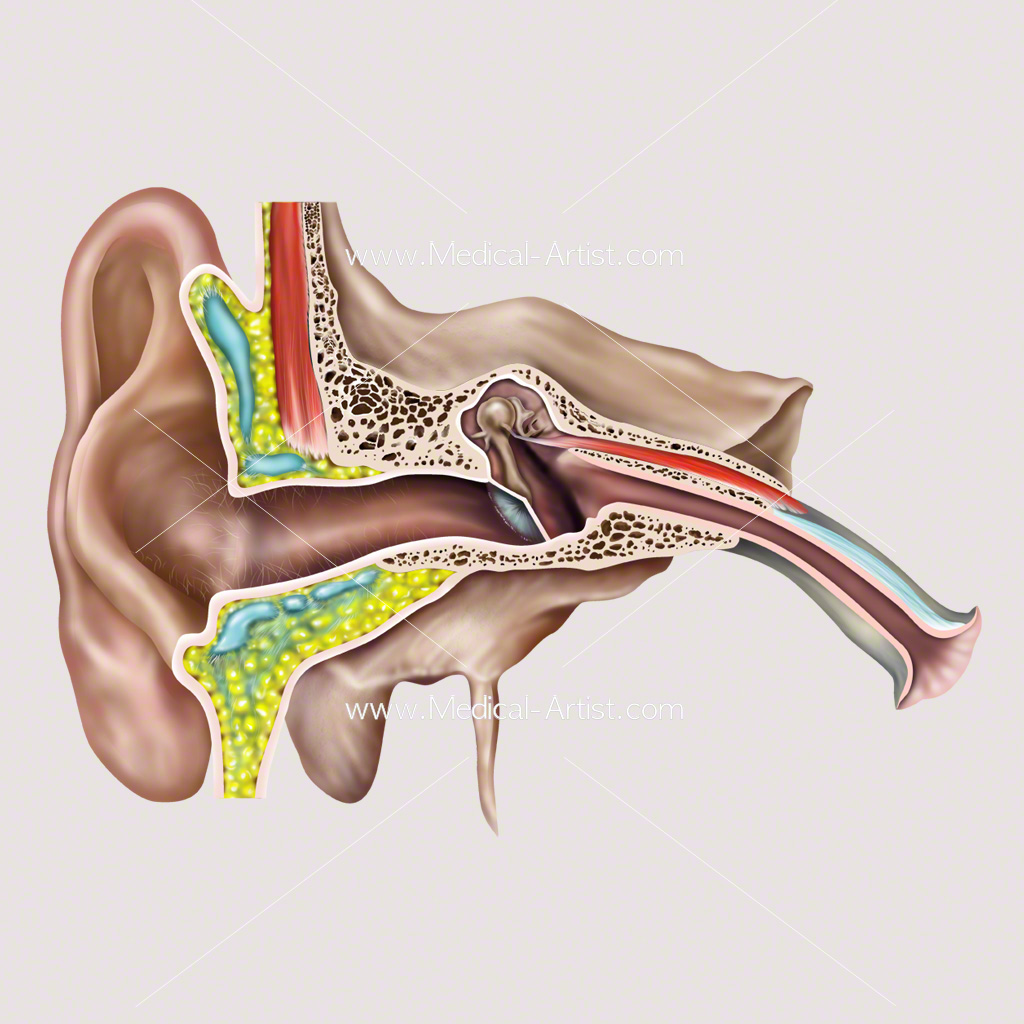 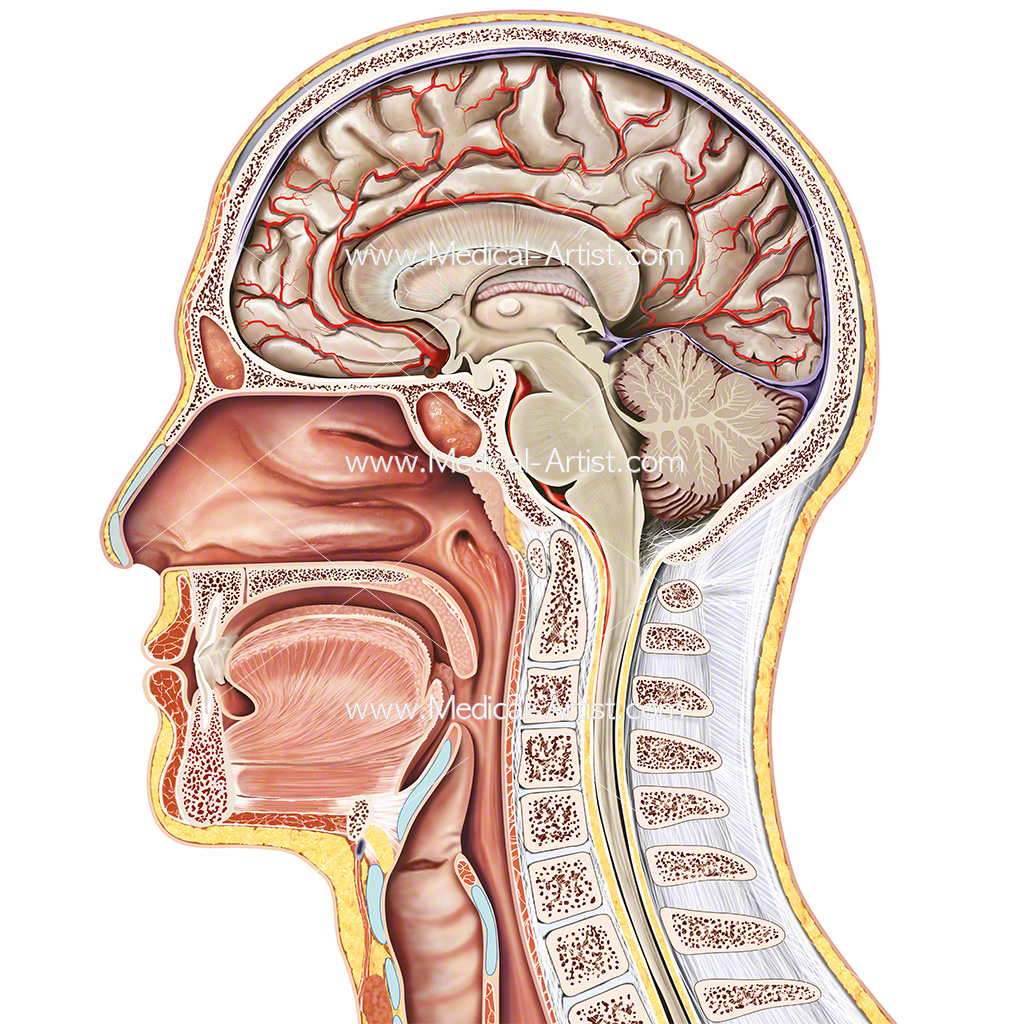 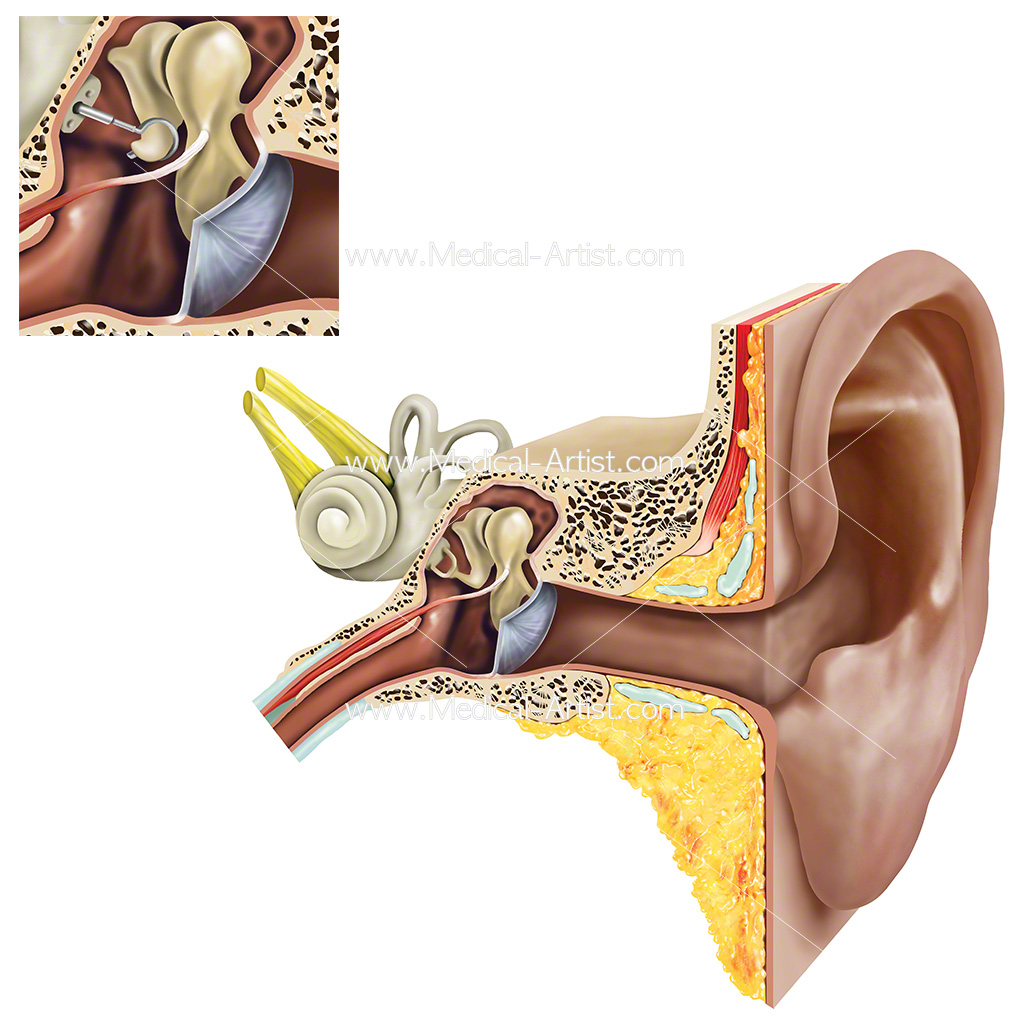 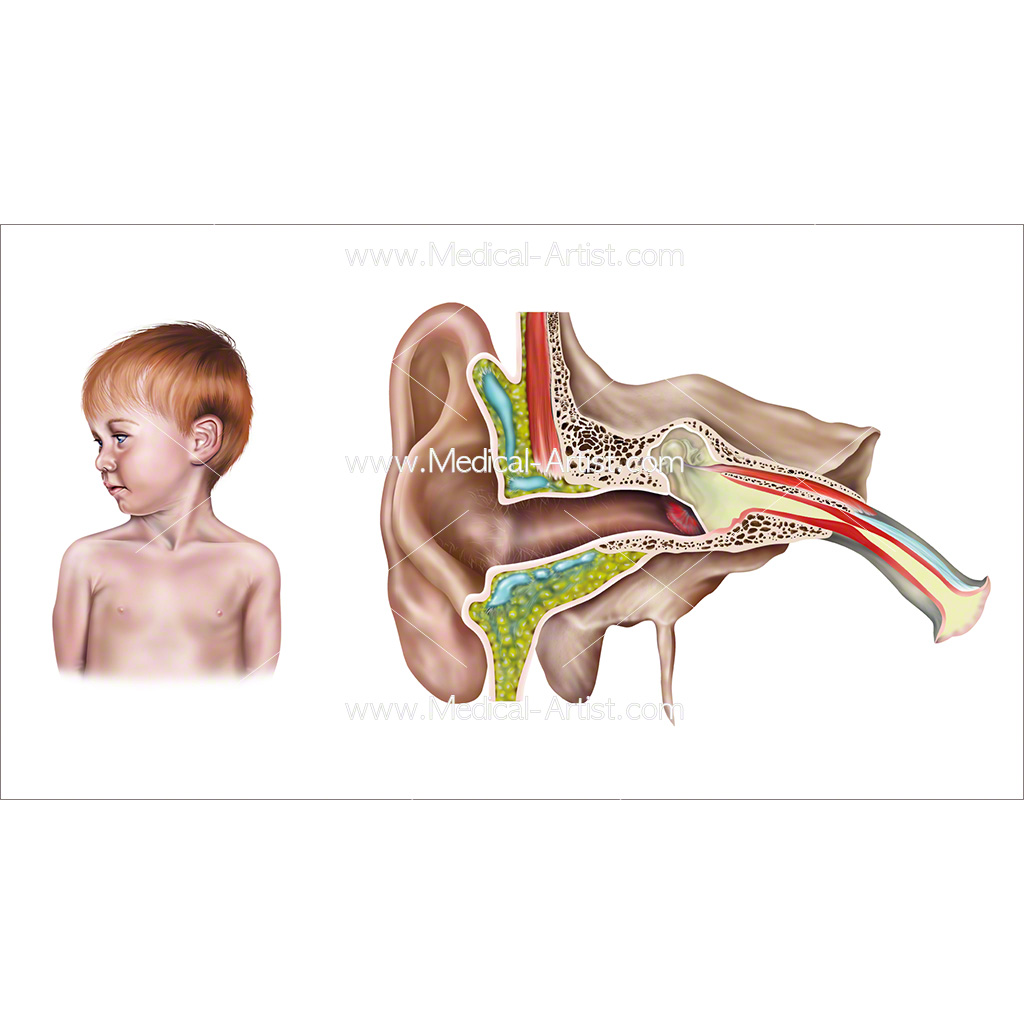 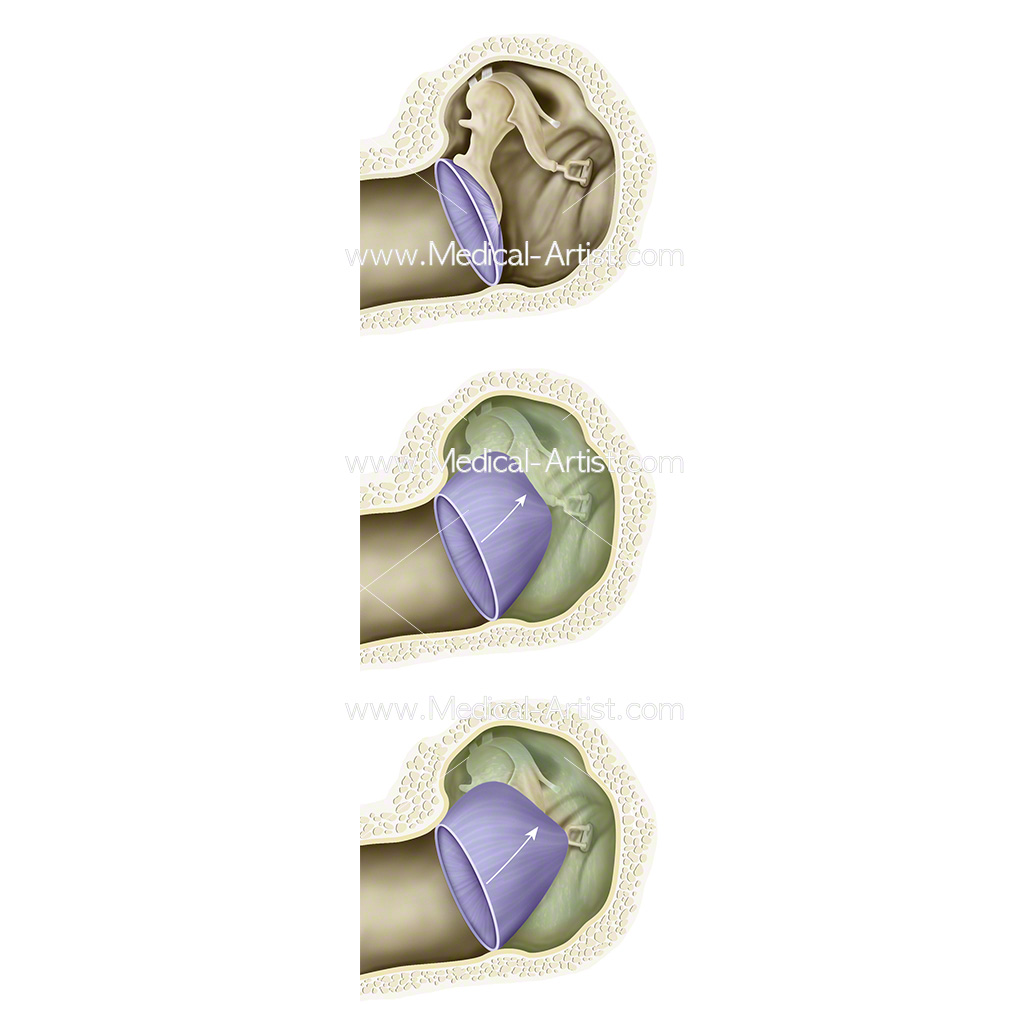 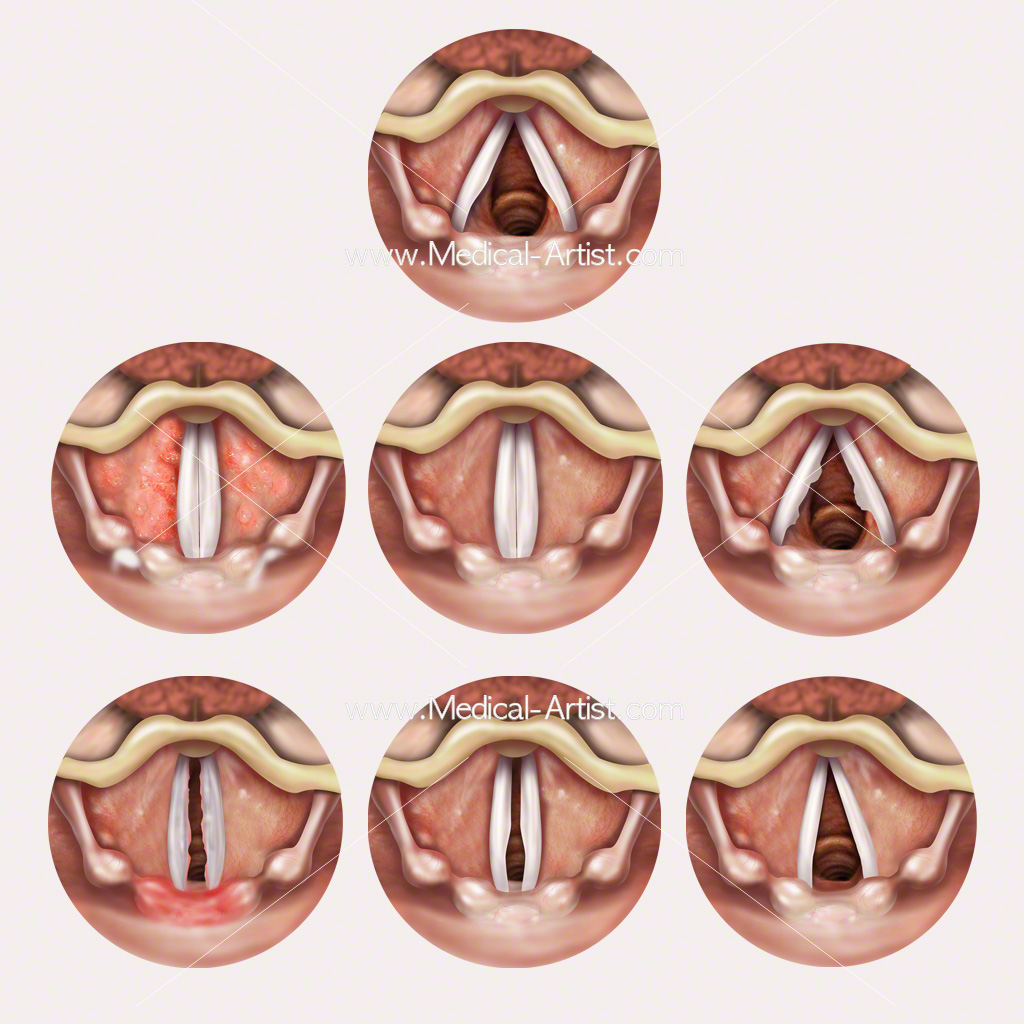 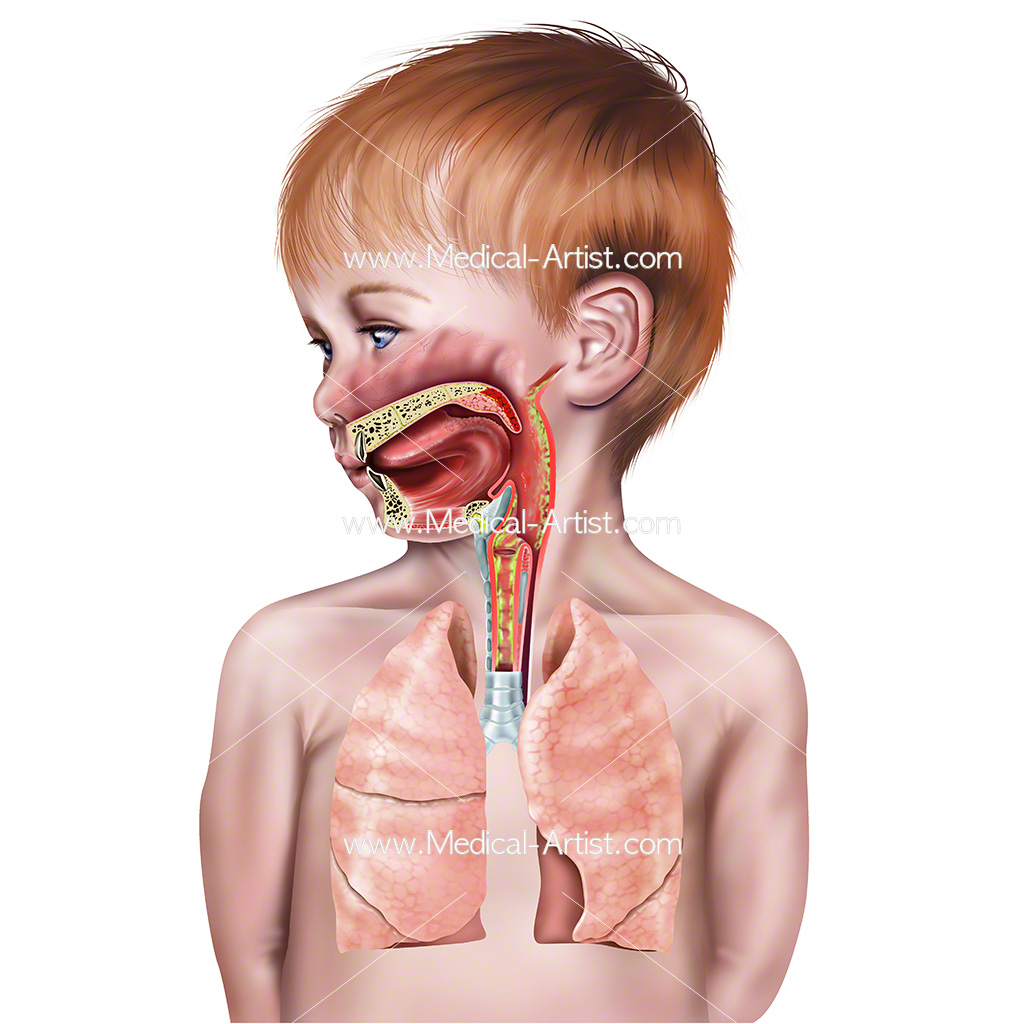 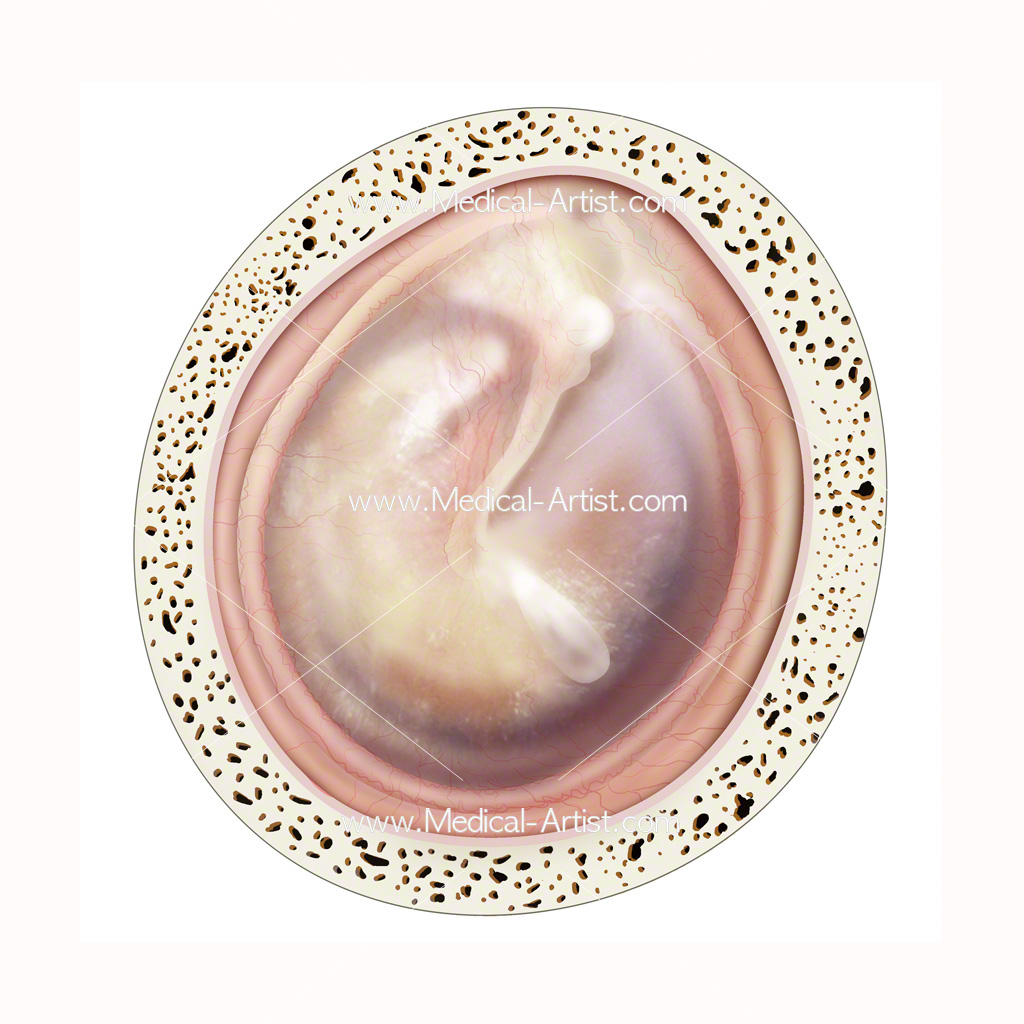 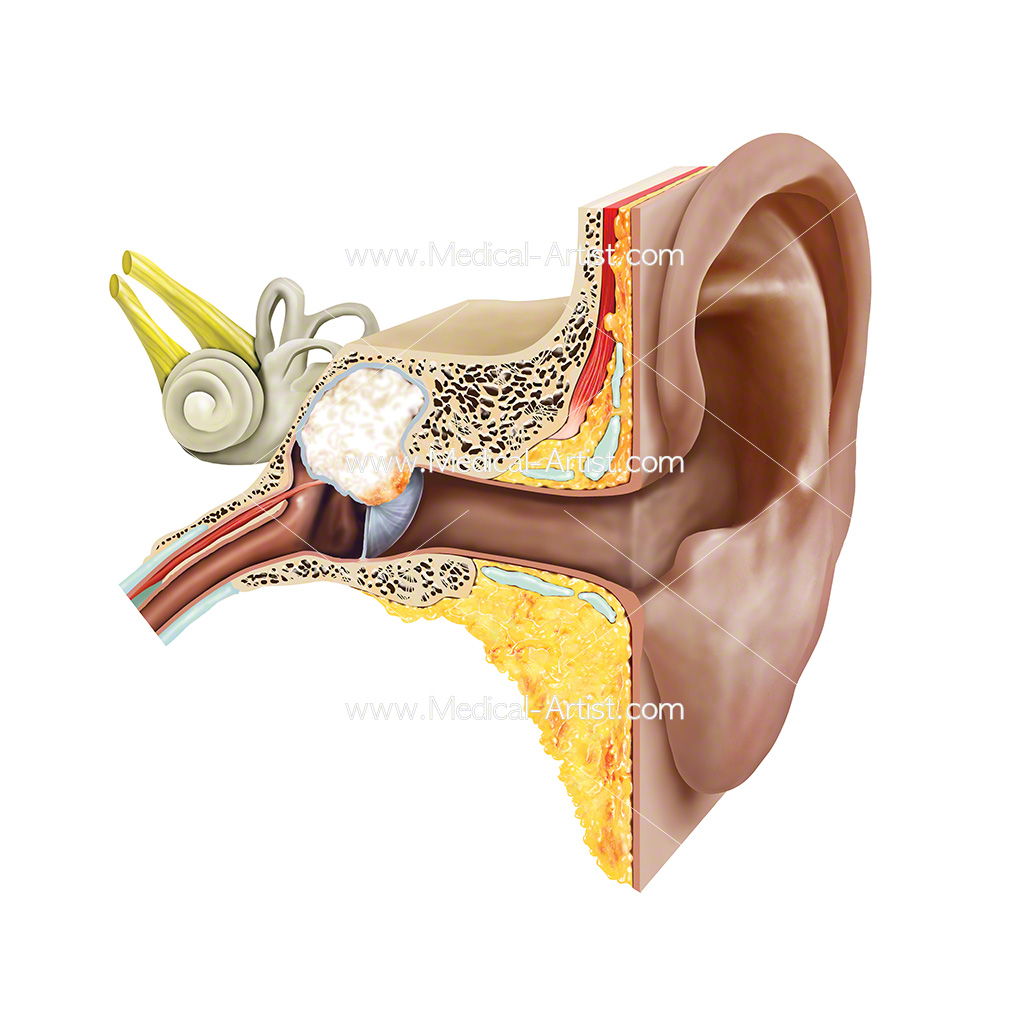 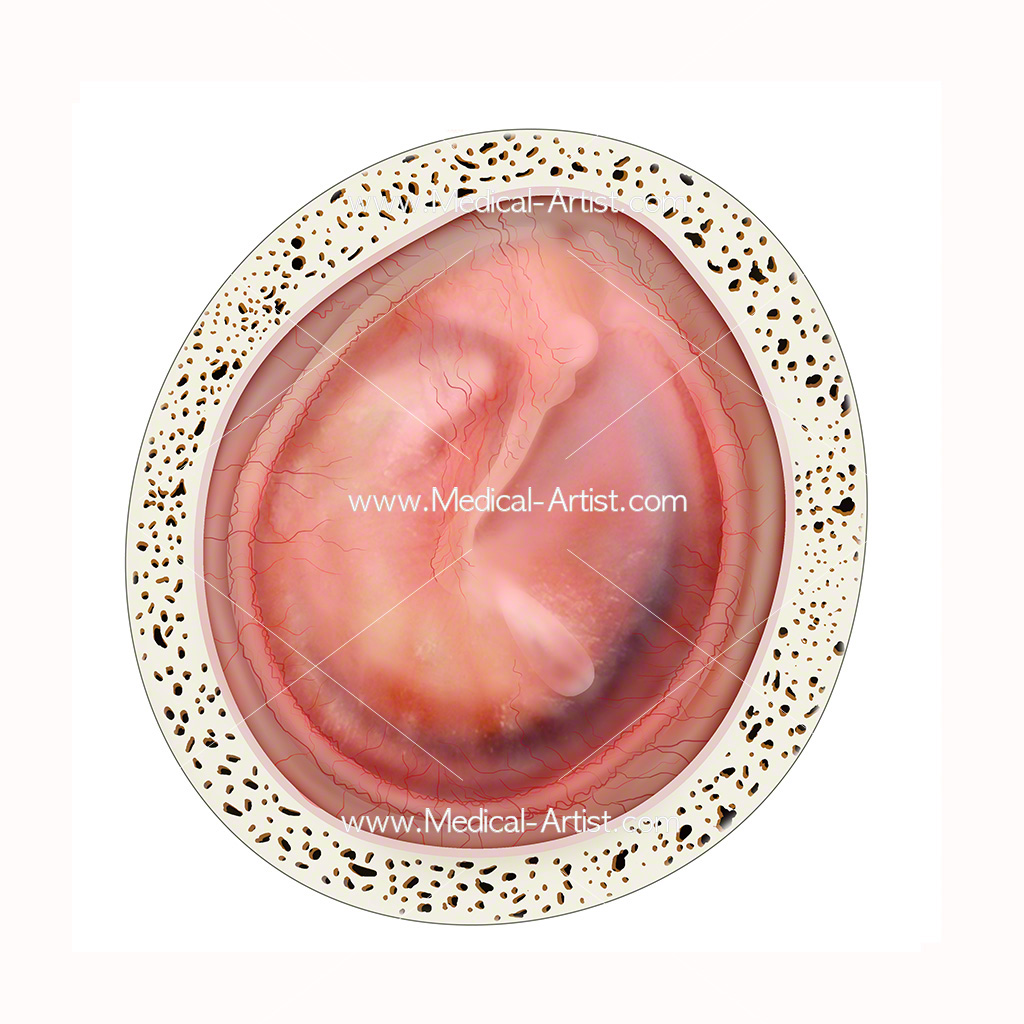 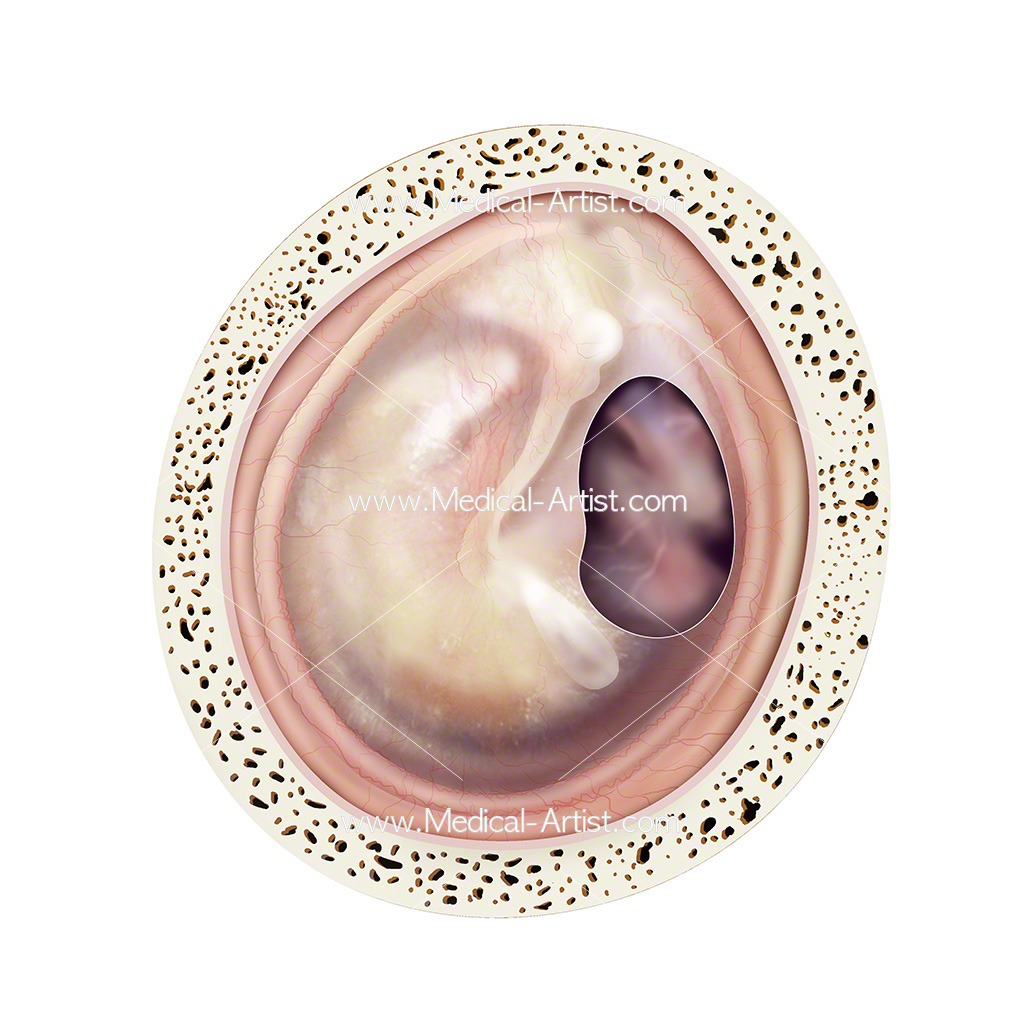 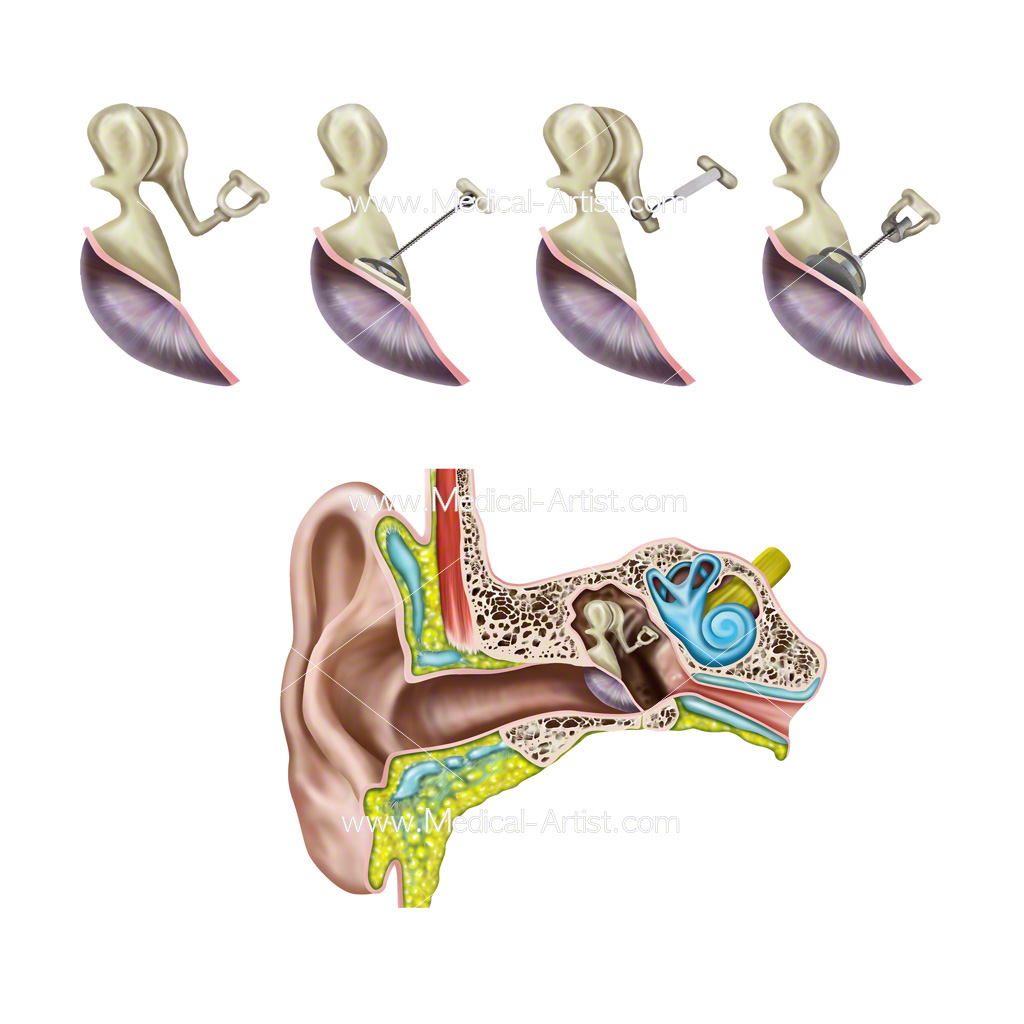 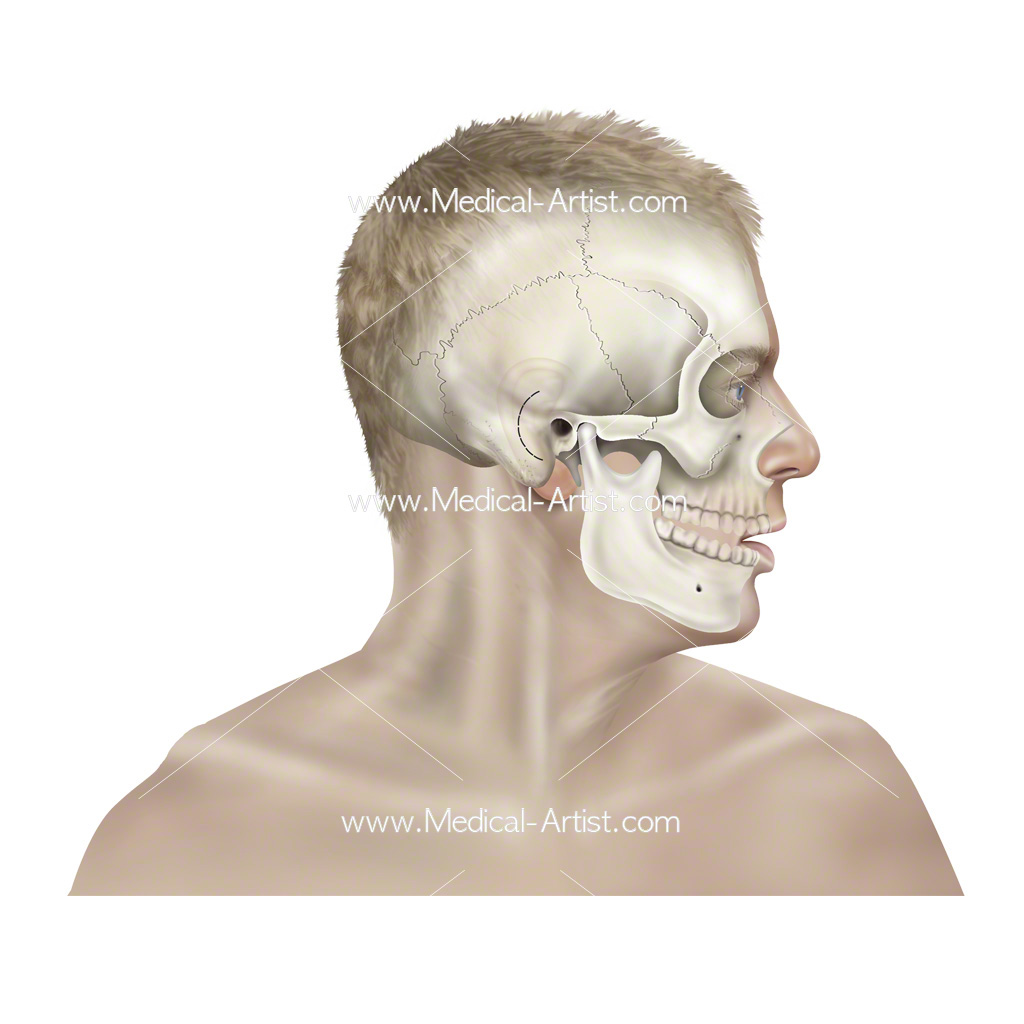 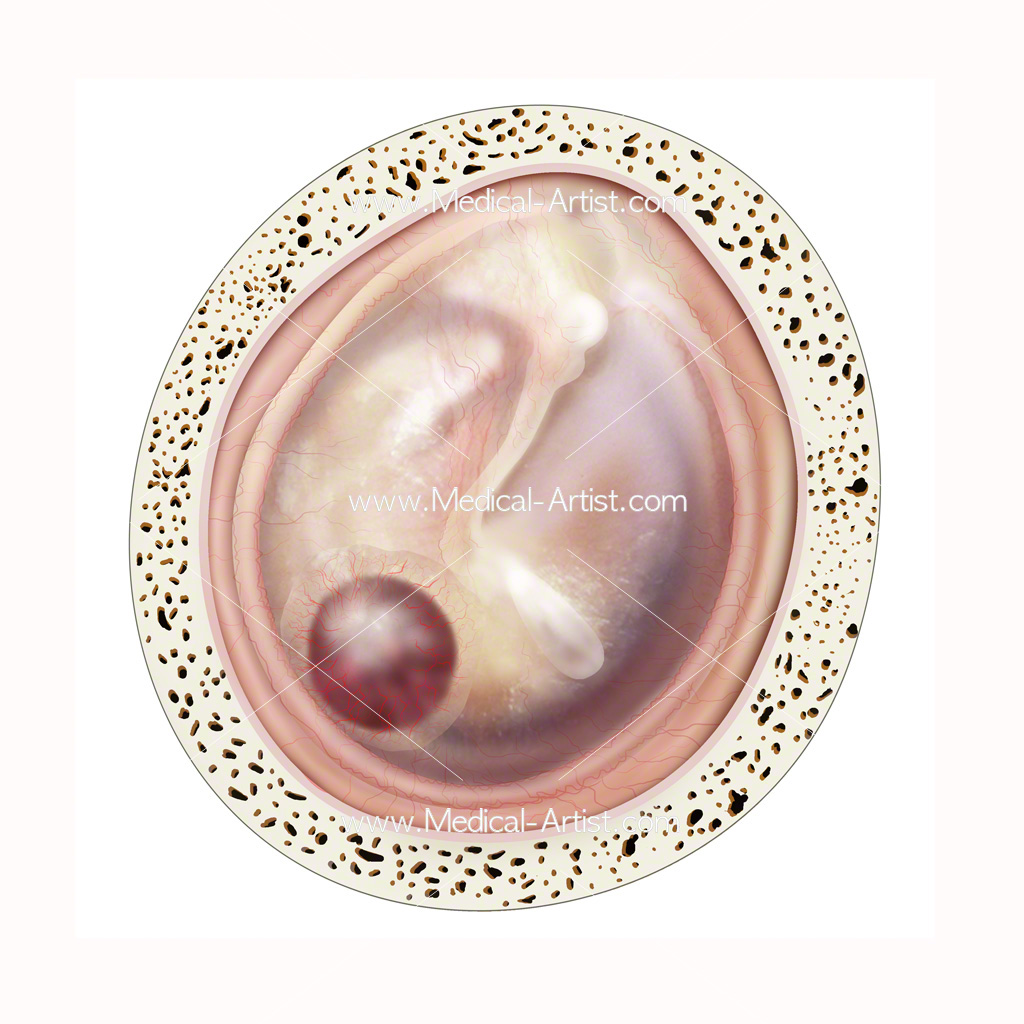 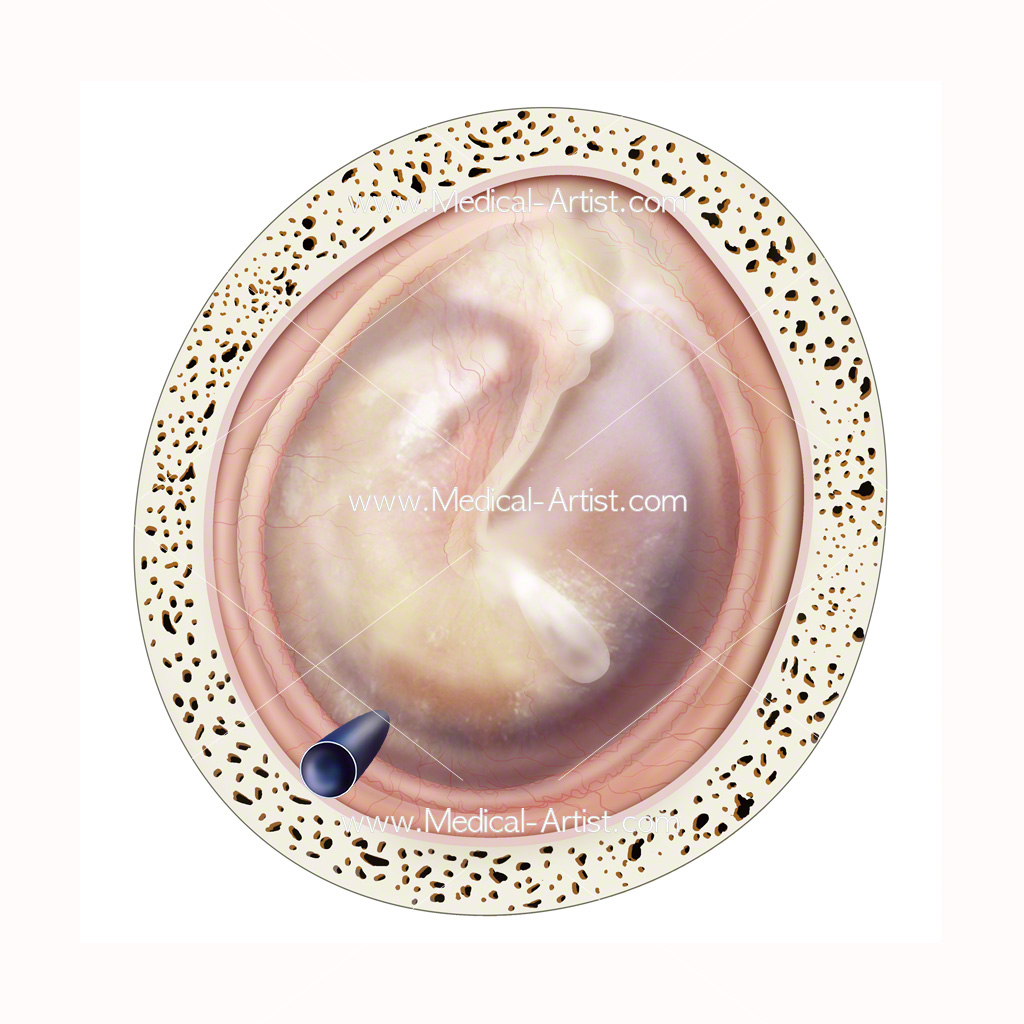 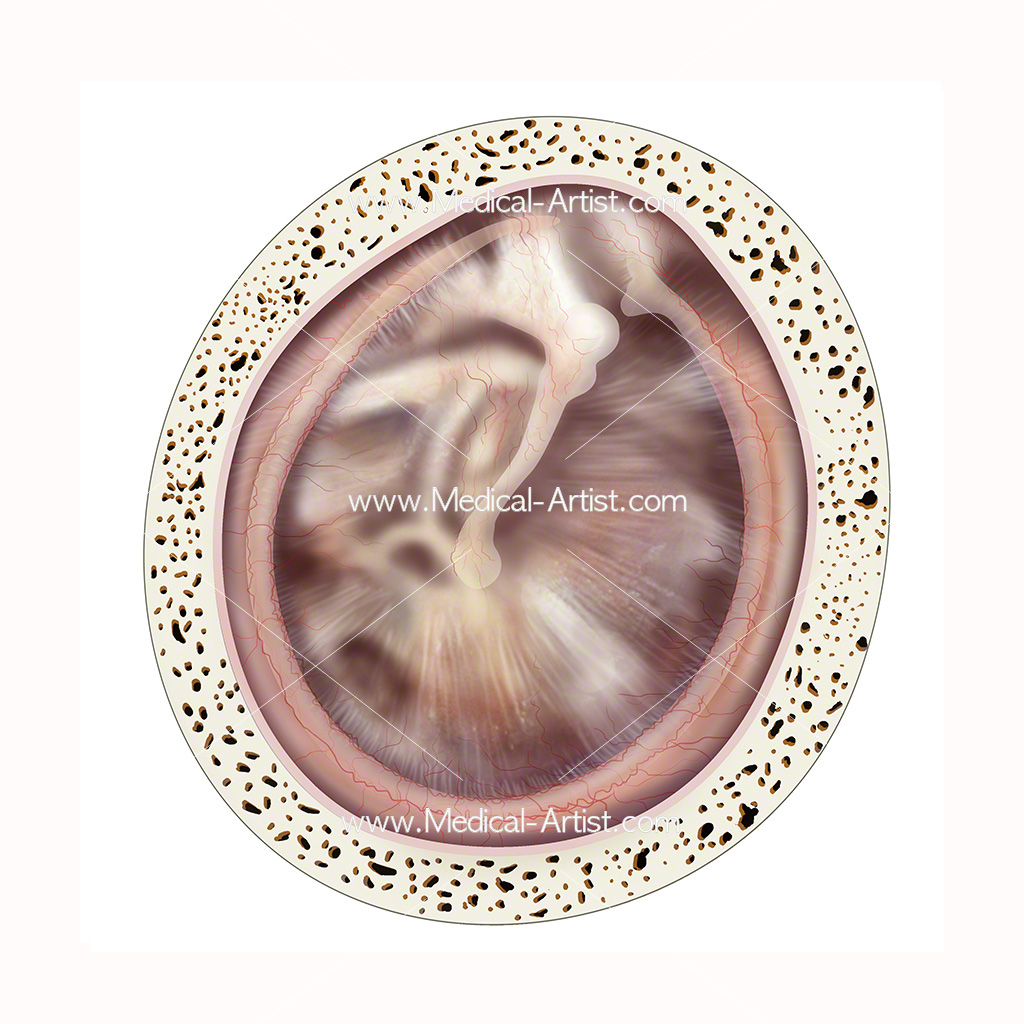 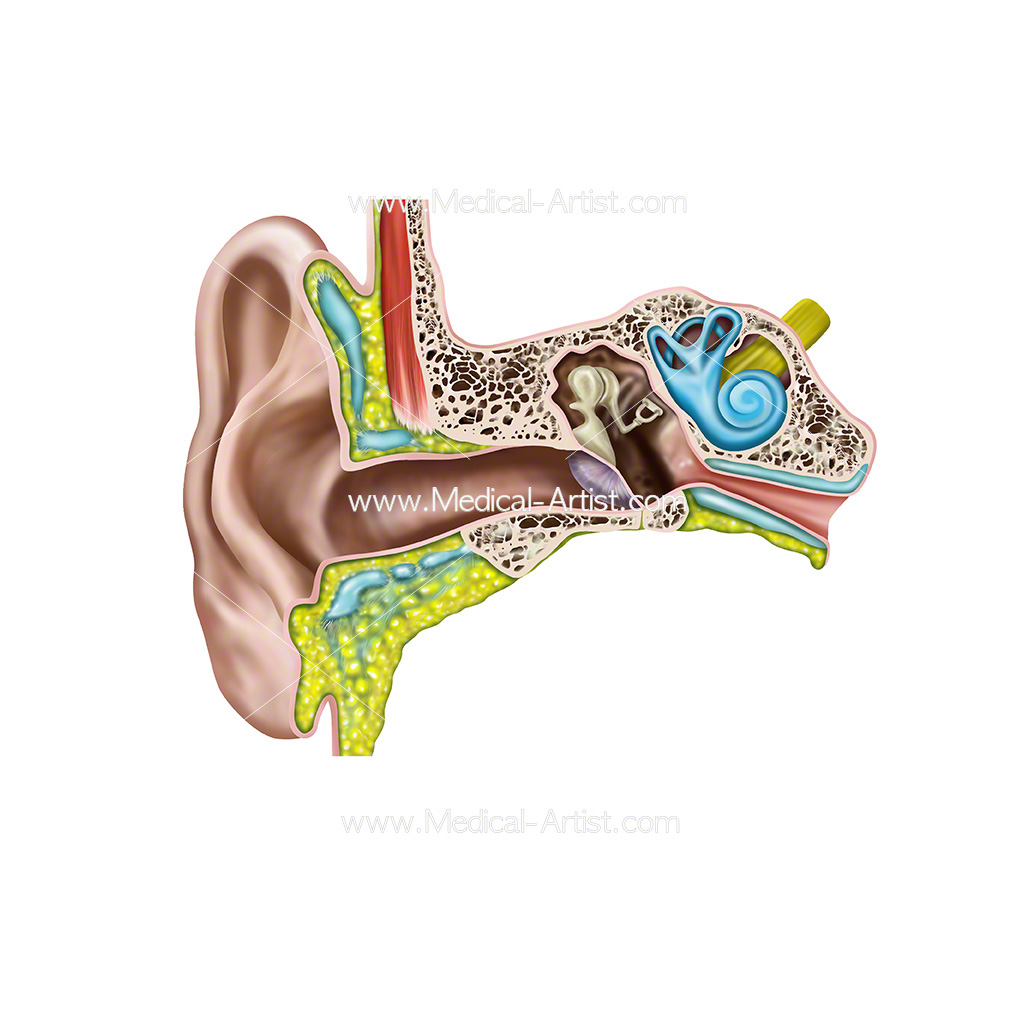 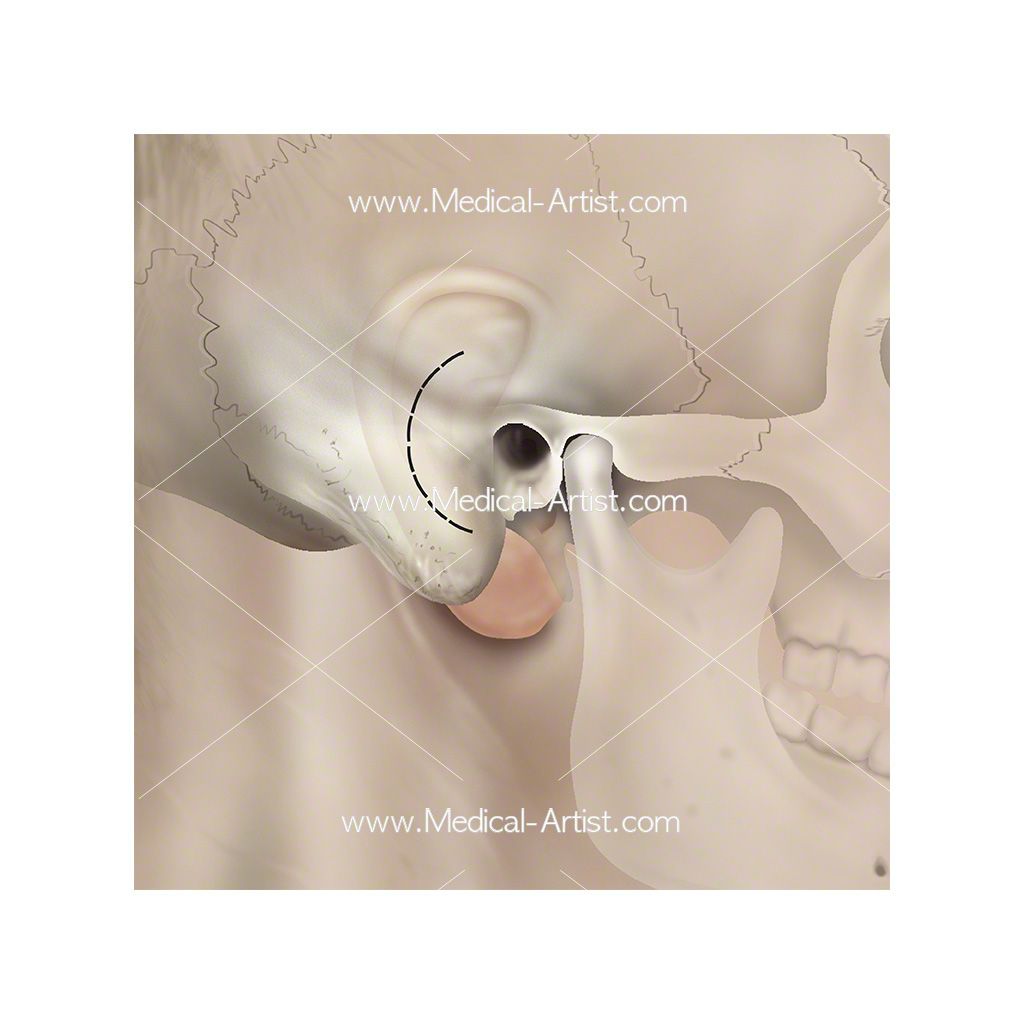 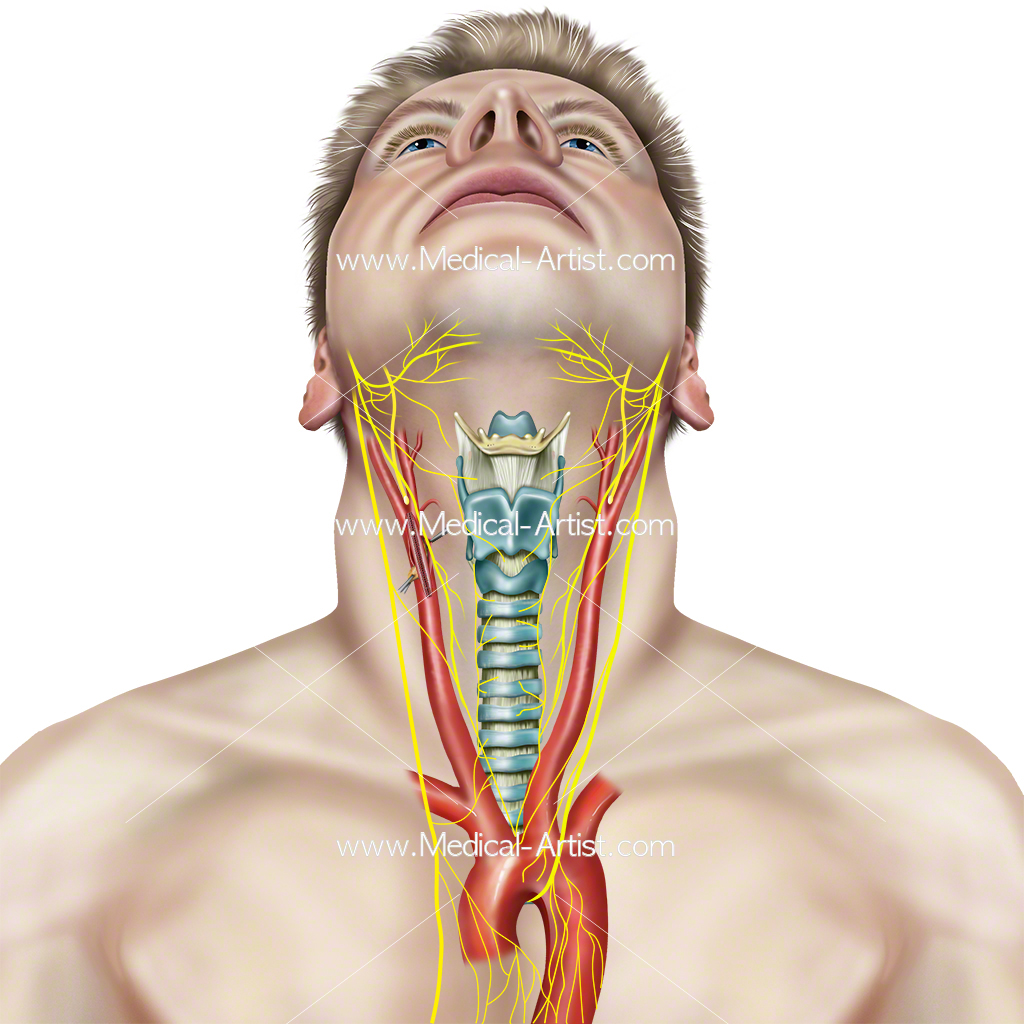 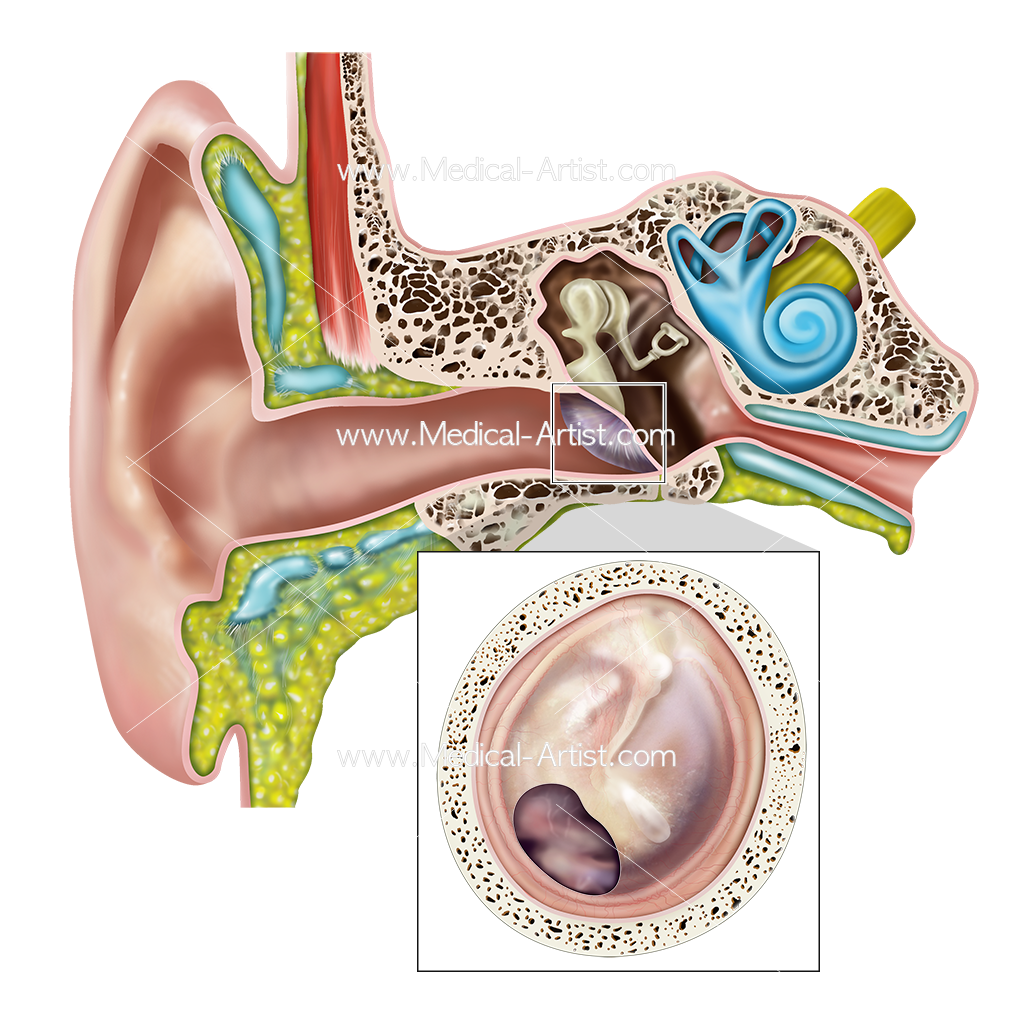 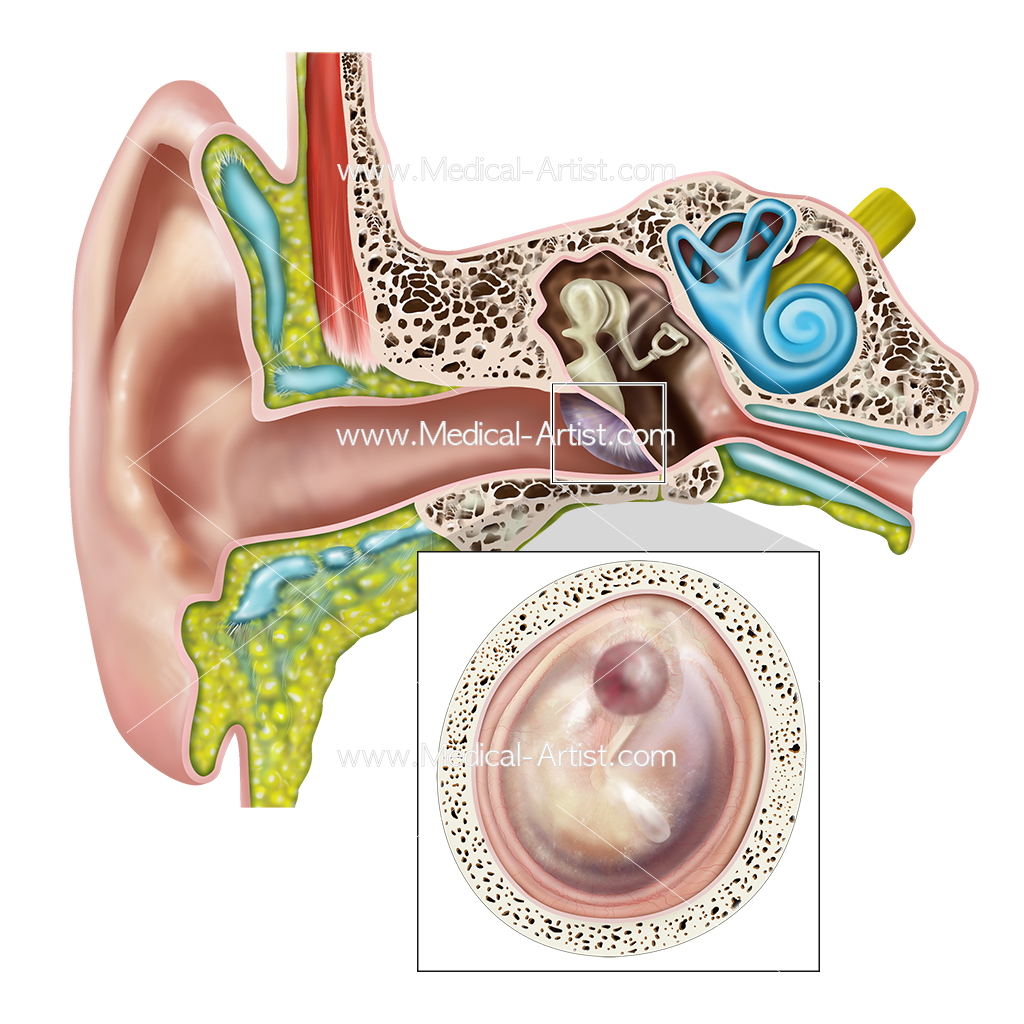 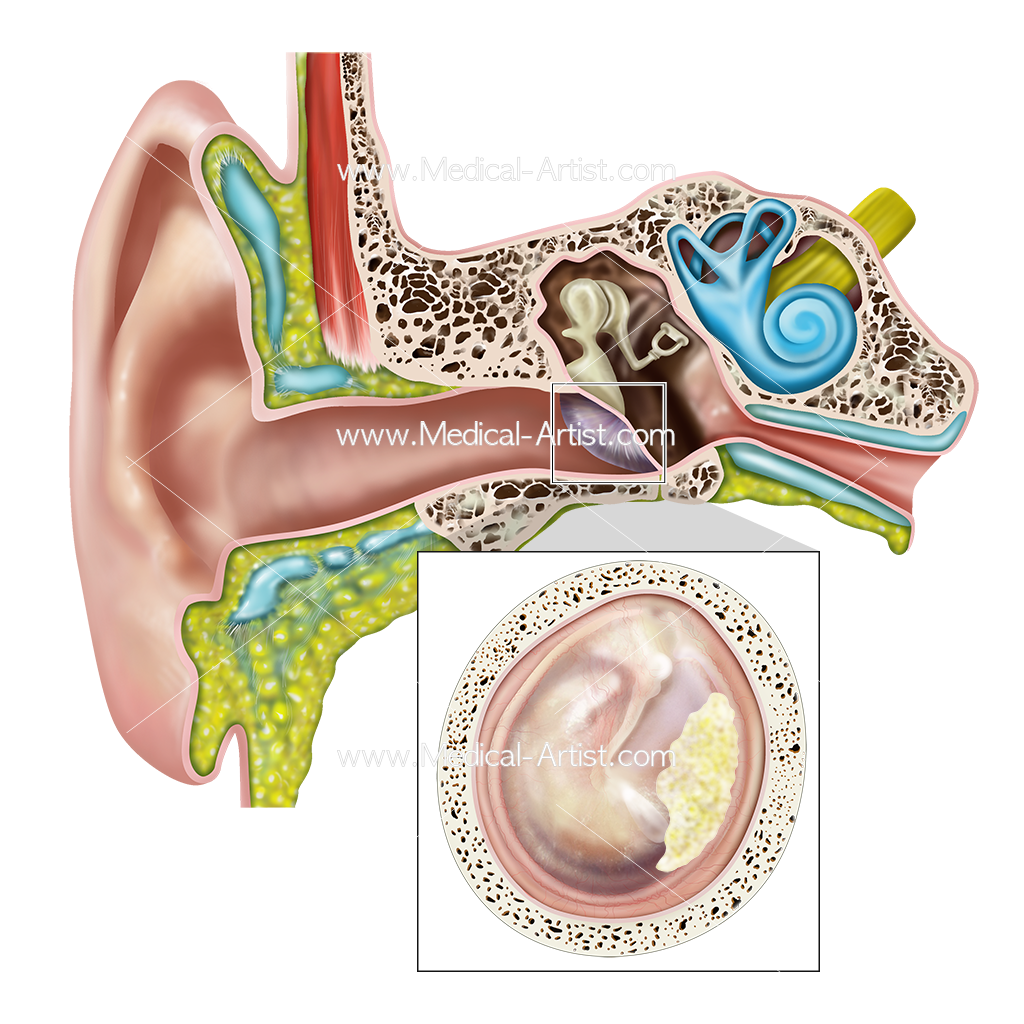 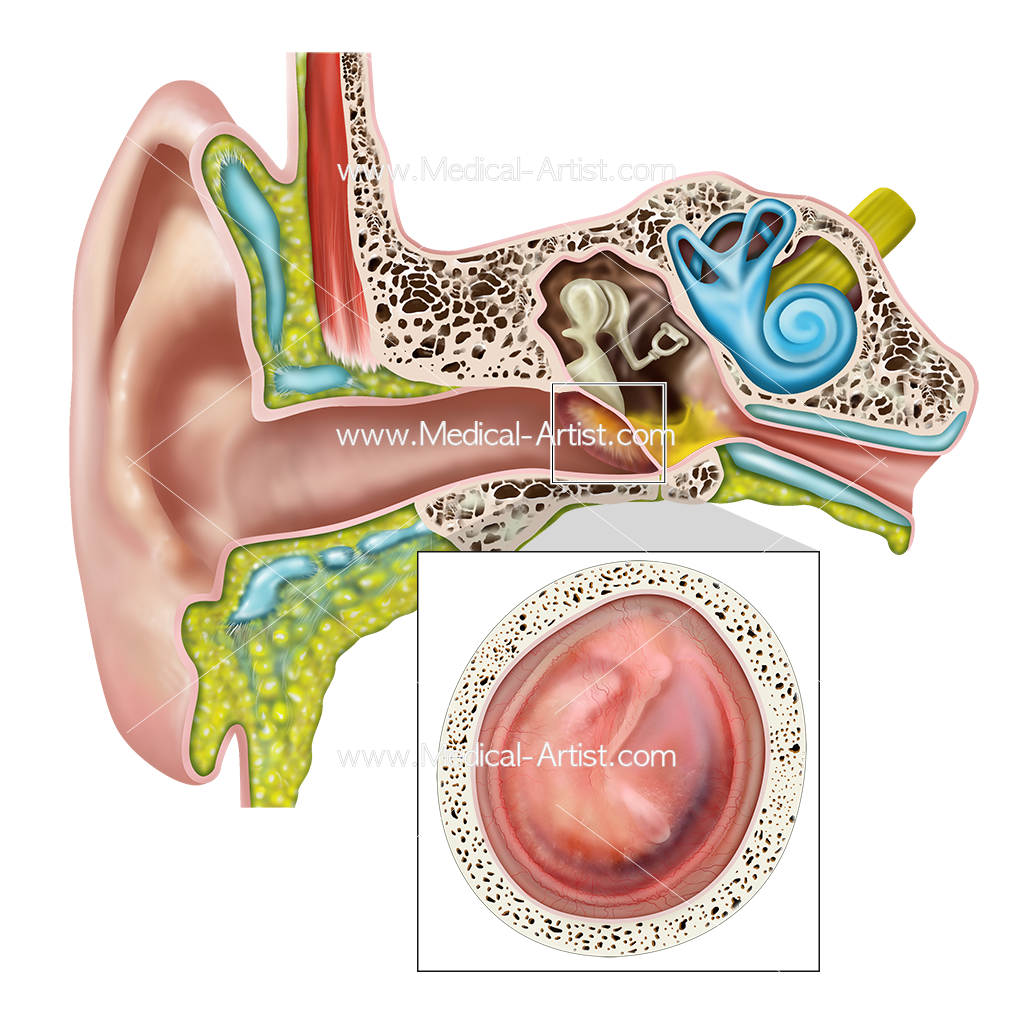 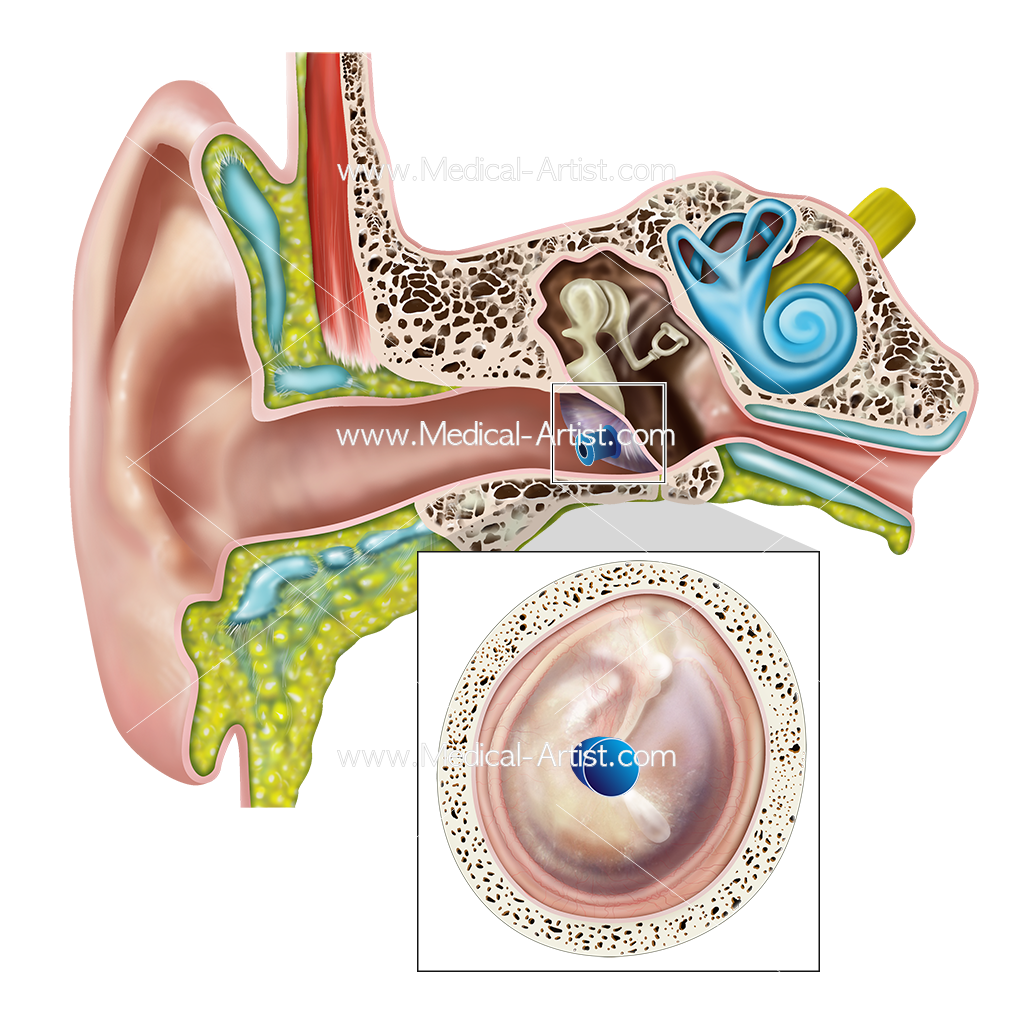