Muscle and vascular anatomy of the posterior abdominal wall

In this gallery are a collection of abdominal wall illustrations in posterior view i.e looking through the front of body to see the anatomy at the back such as the pelvis, spine, rib cage, diaphragm, muscles, vascular anatomy and the kidneys. 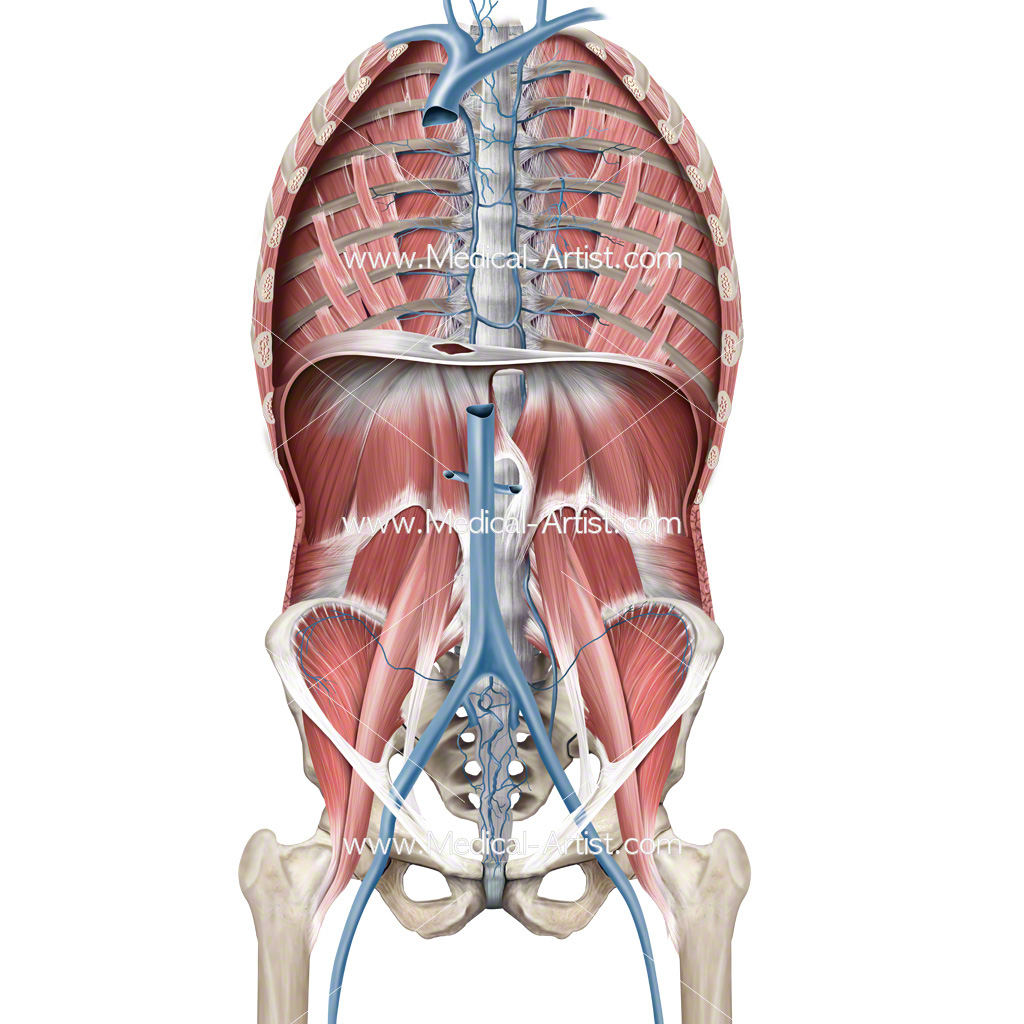 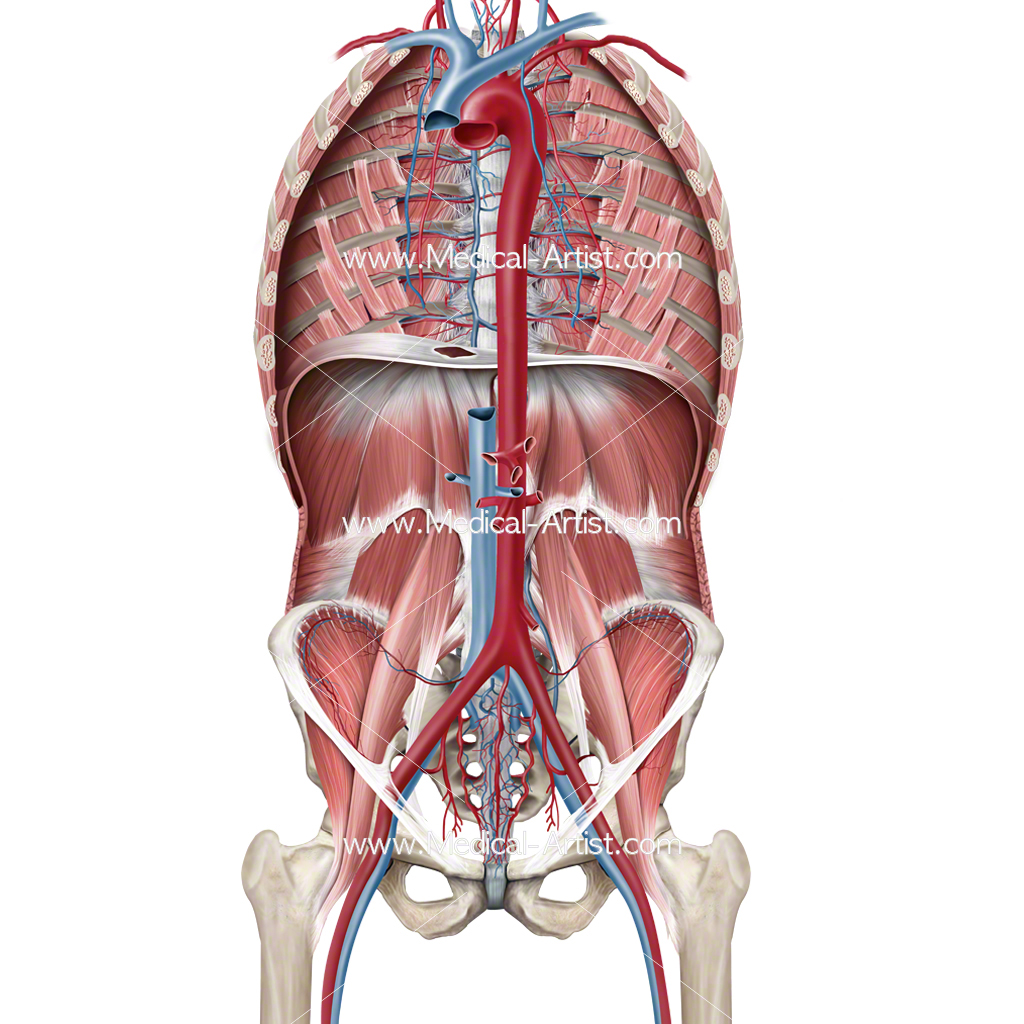 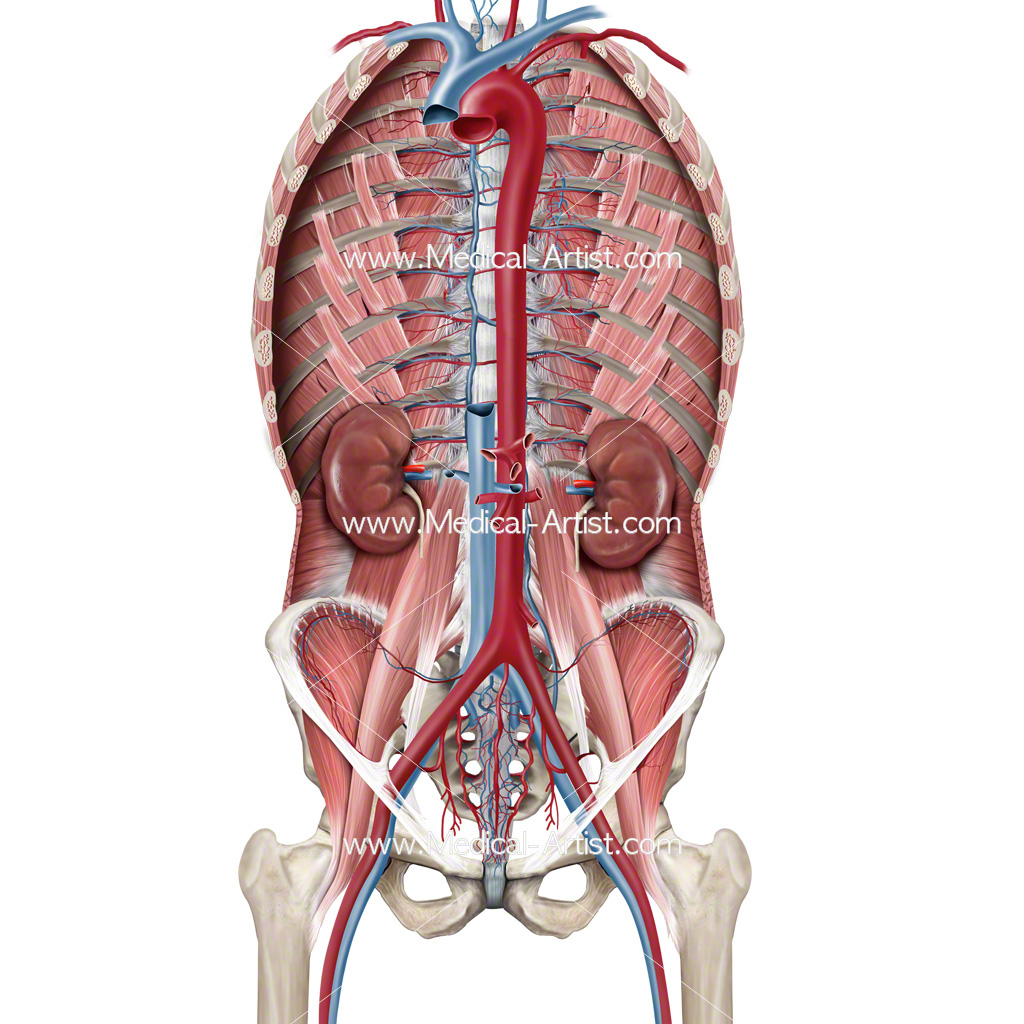 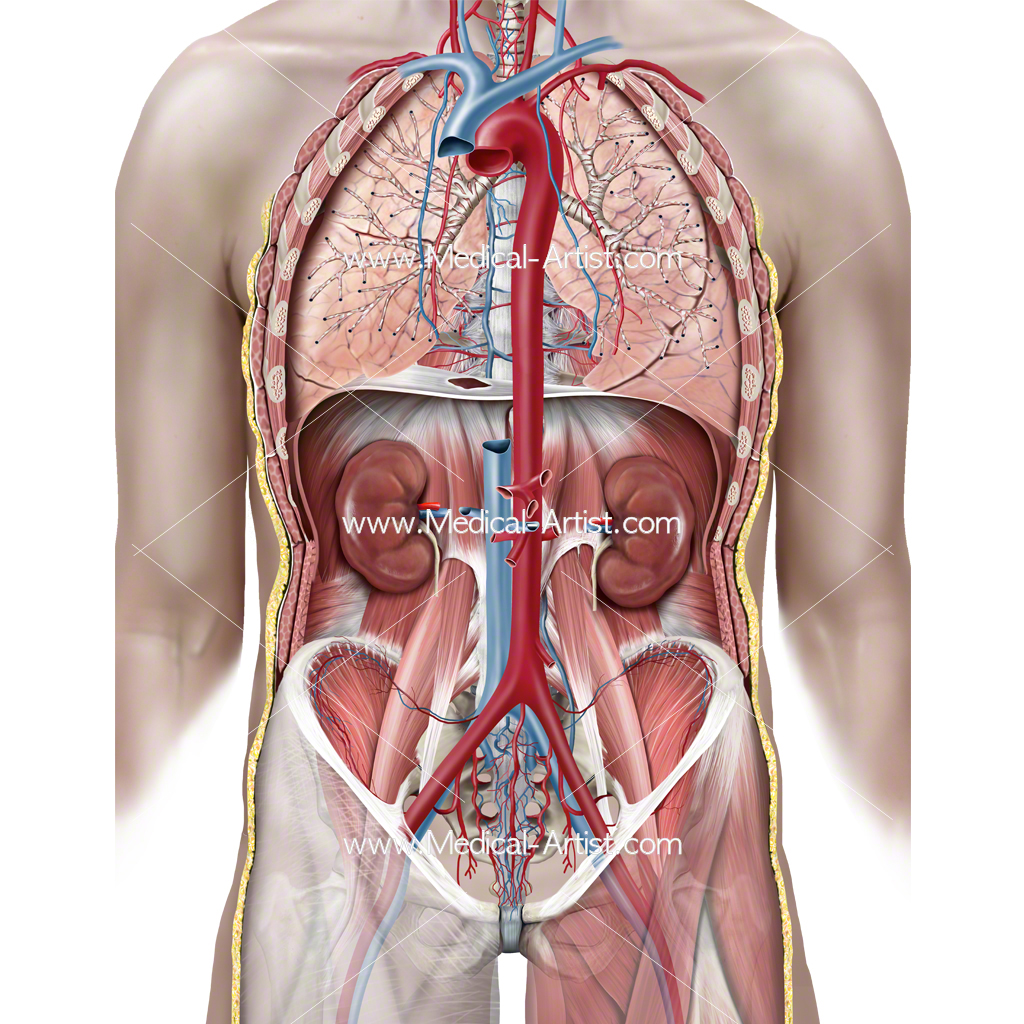 Vasculature of the Posterior Abdominal Wall

The vasculature consists of the abdominal aorta which is the largest artery in the abdominal cavity. It is a direct continuation of the descending aorta. It begins level with the diaphragm crossing it via the aortic hiatus.  The inferior vena cava is formed as a the result of two major leg veins coming together called the iliac veins. Once the iliac veins have merged at the fifth lumbar vertebra, the inferior vena cava begins to transport blood to the heart. 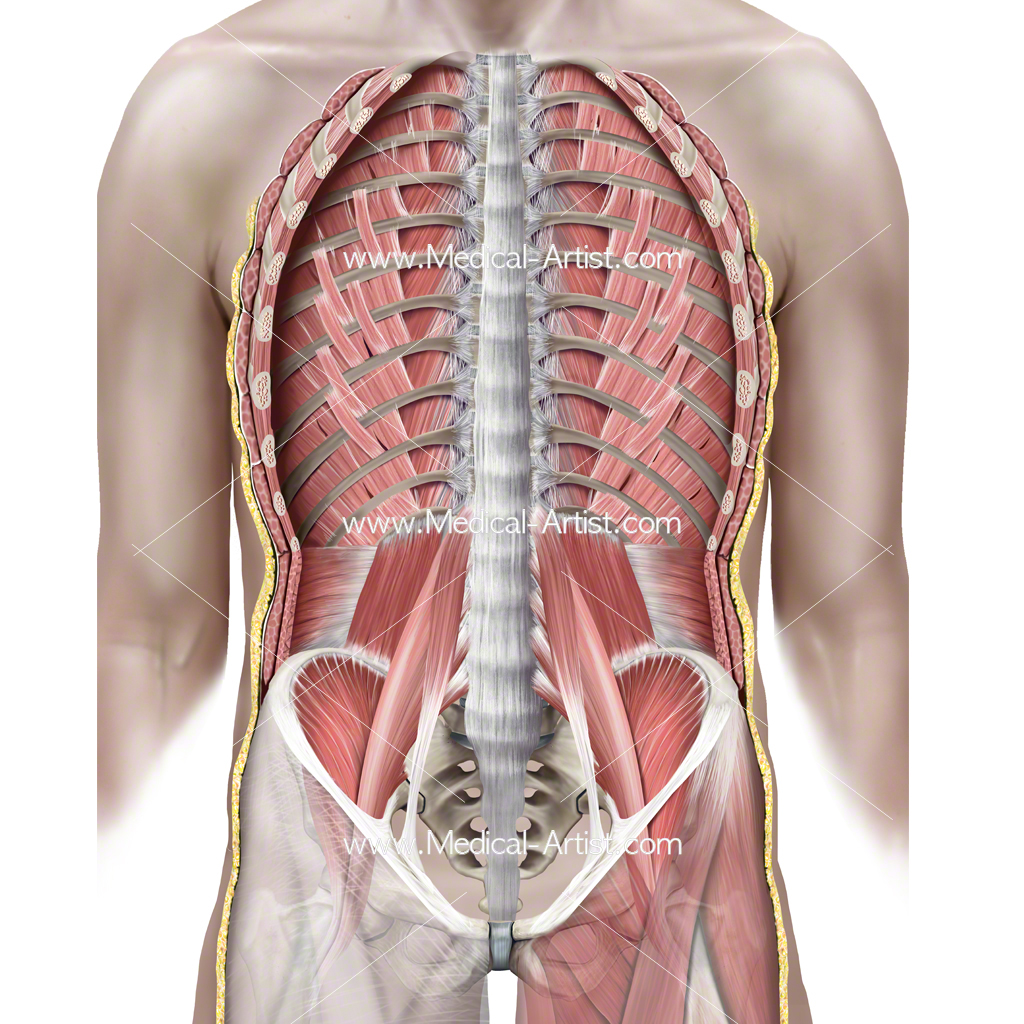 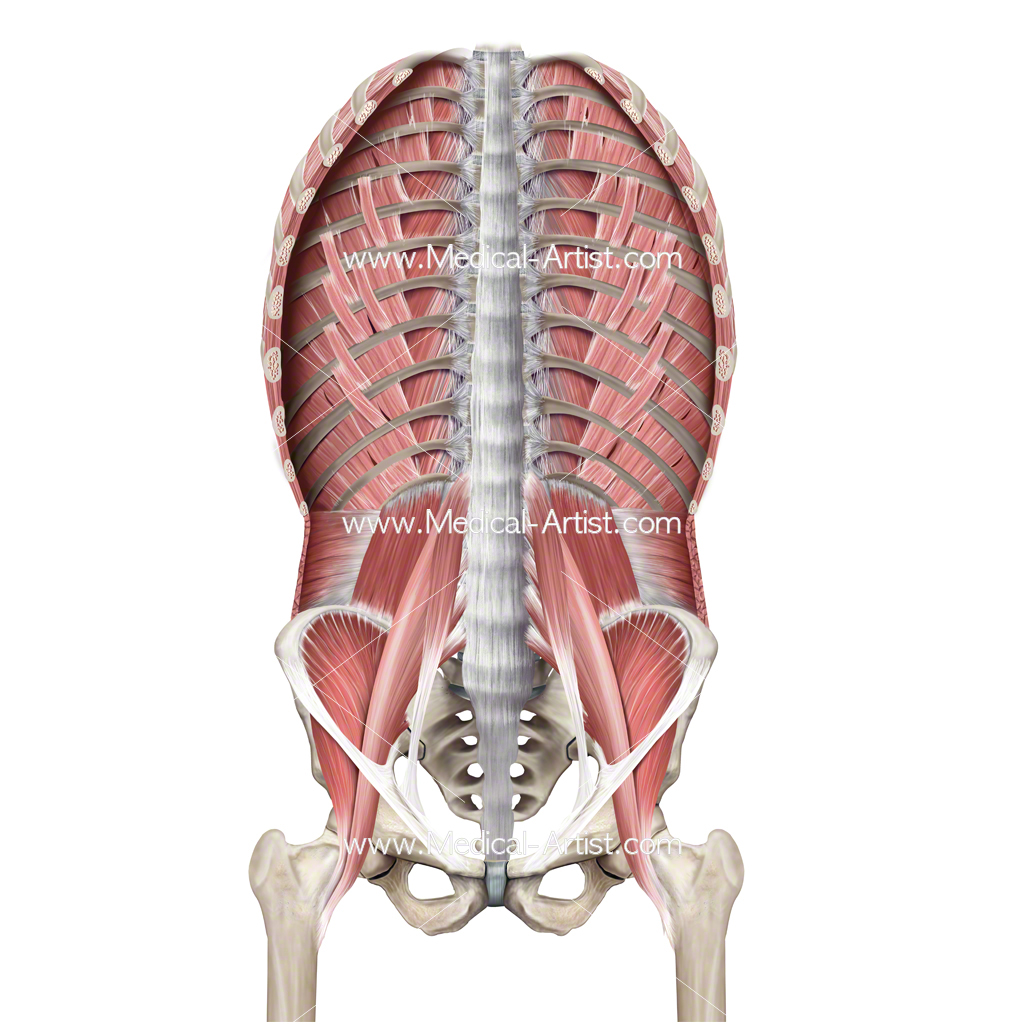 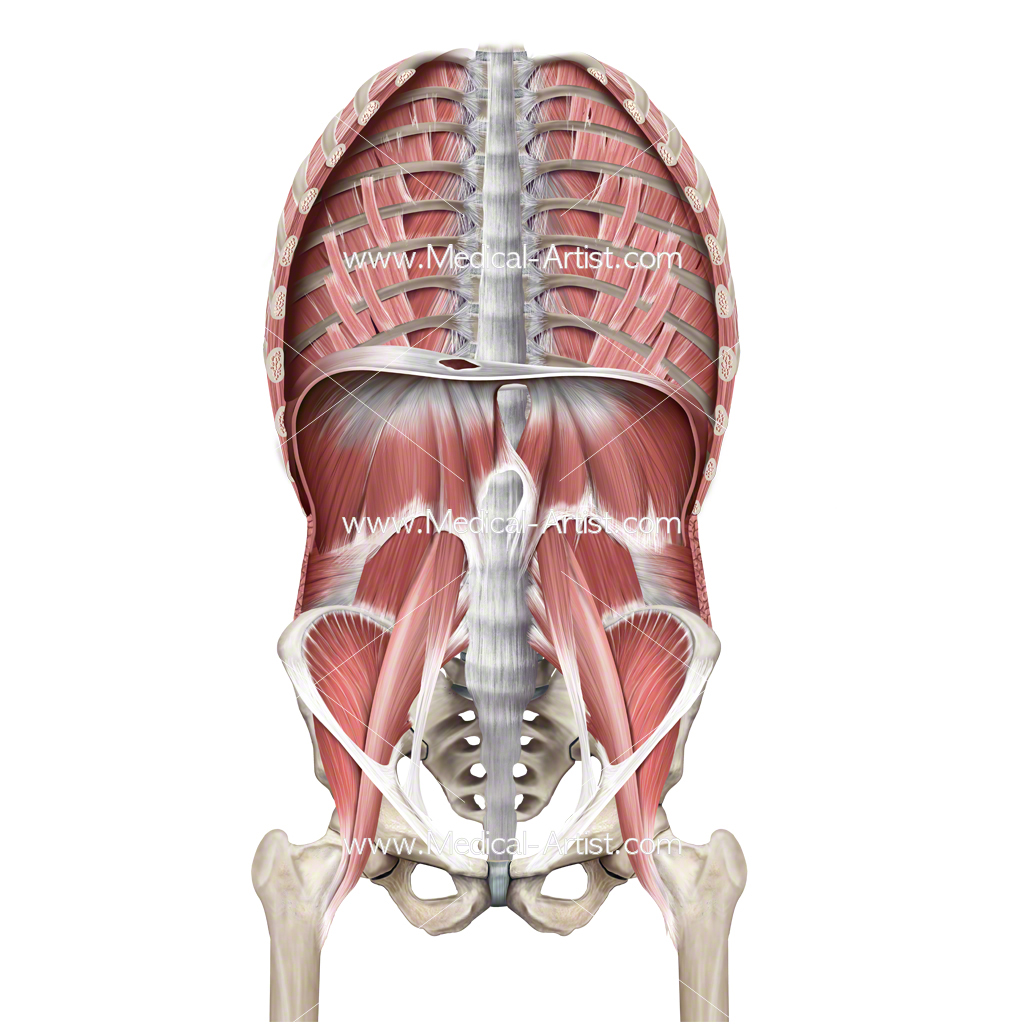 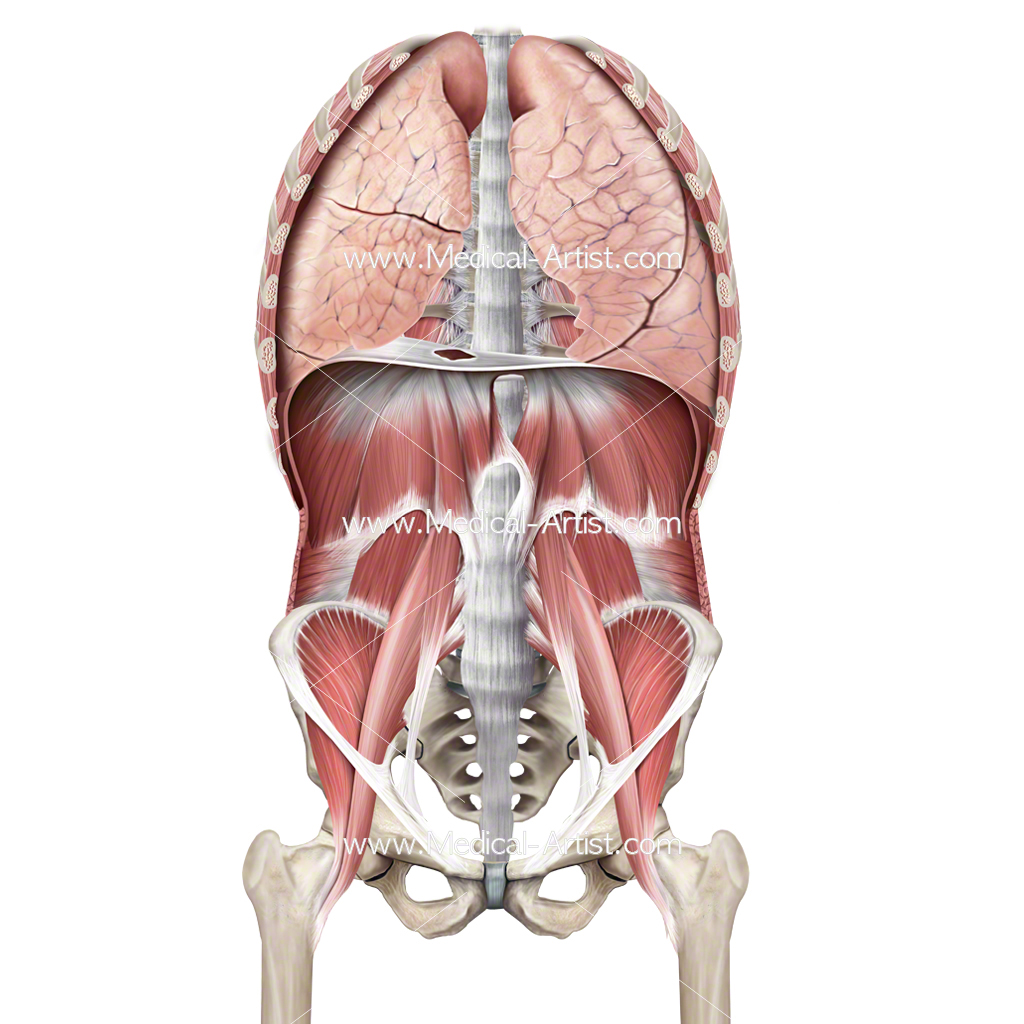