Anatomy of the Foot, Bones, Skeleton and Structure

The Anatomy of the Foot 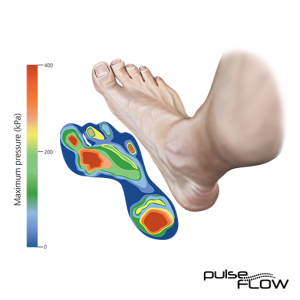 The human foot is a specially designed complex structure consisting of 26 bones and 33 joints working together with 19 muscles and 107 ligaments in order to execute highly precise movements for movement. During movement the foot transmits the body’s weight as well as forces many times the weight of the human body, to perform activities like walking, running, and jumping and is even capable of adjusting to cope with various terrains.

The foot is able to perform so well for movement because of the arrangement of its bones, ligaments and fascia which give a spring-like arch structure with thick pads under the heels and toes for cushioning and support. These structures are called the arches of the foot, formed by the tarsal and metatarsal bones and strengthened by ligaments and tendons.

The Arches of the Foot

The three arches are called the medial longitudinal arch located along the inner side of the foot and the lateral longitudinal arch which is the smaller arch along the outer side of the foot and one anterior transverse arch across the front part of the foot, which because of its’ location can’t be seen in action. Together their shape and structure allows them to act in the same way as a spring, bearing the weight of the body and absorbing the shock produced during locomotion.

Gallery of Illustrations of the Anatomy of the Foot 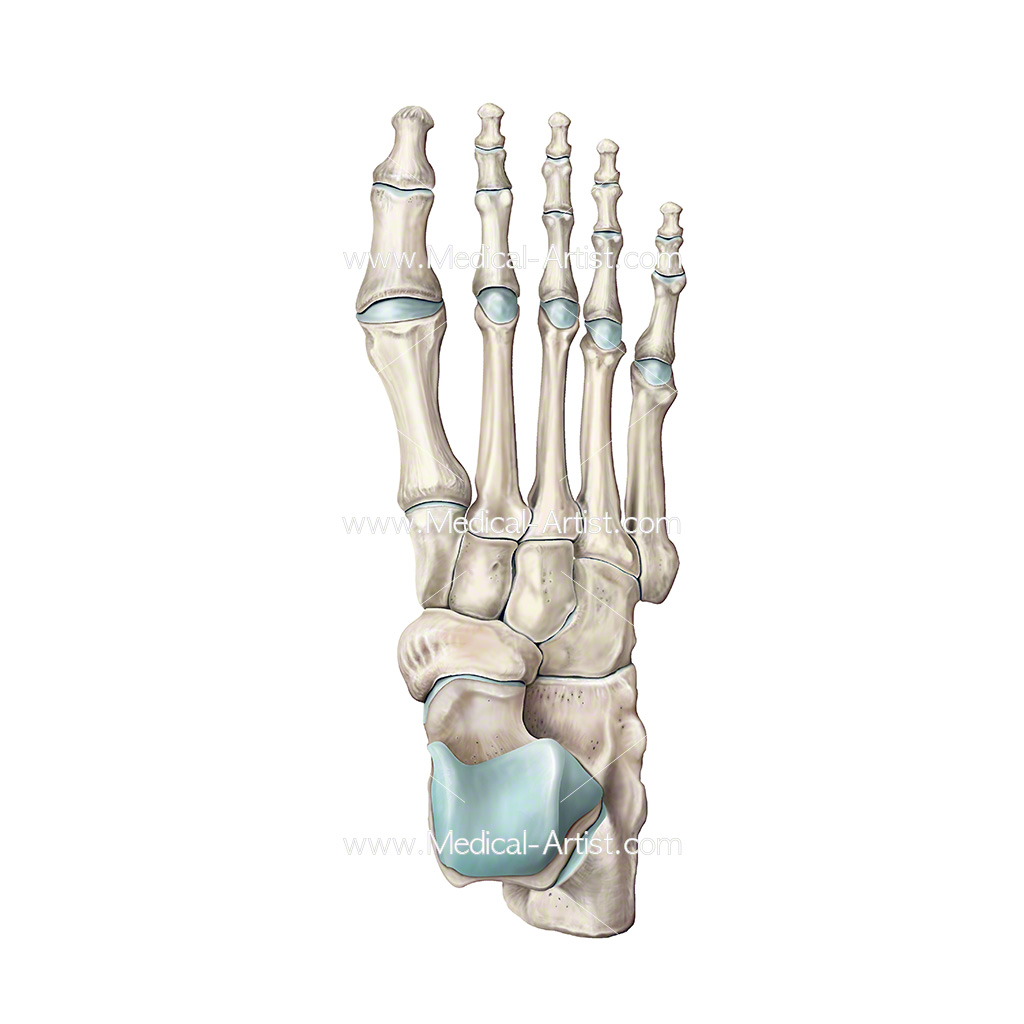 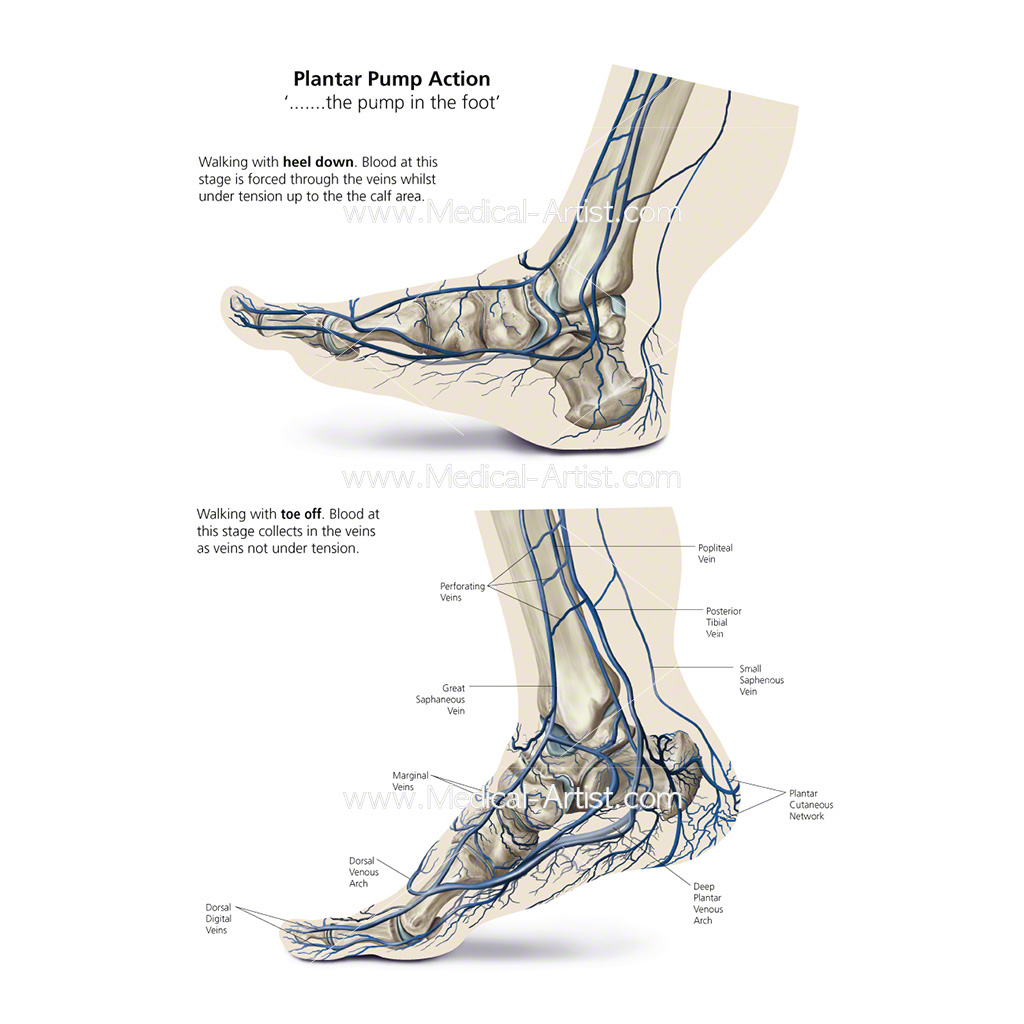 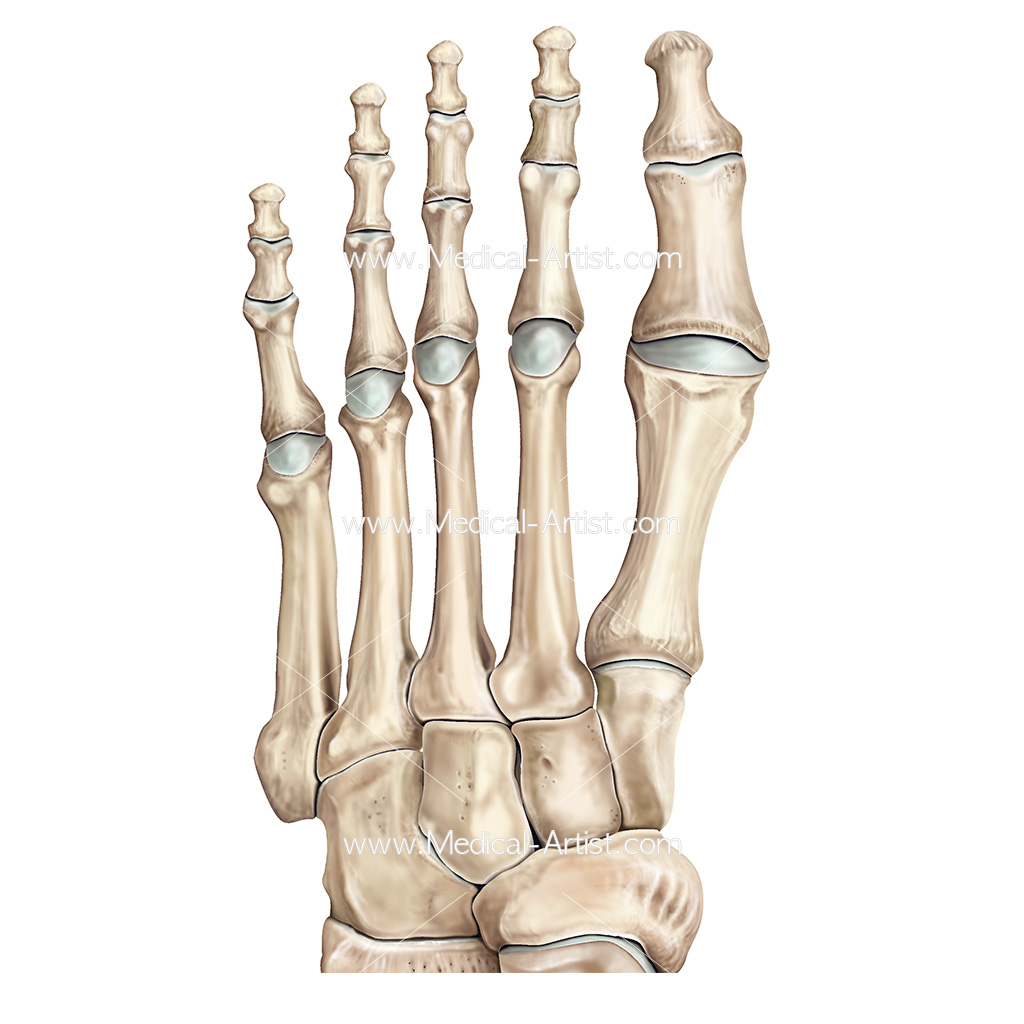 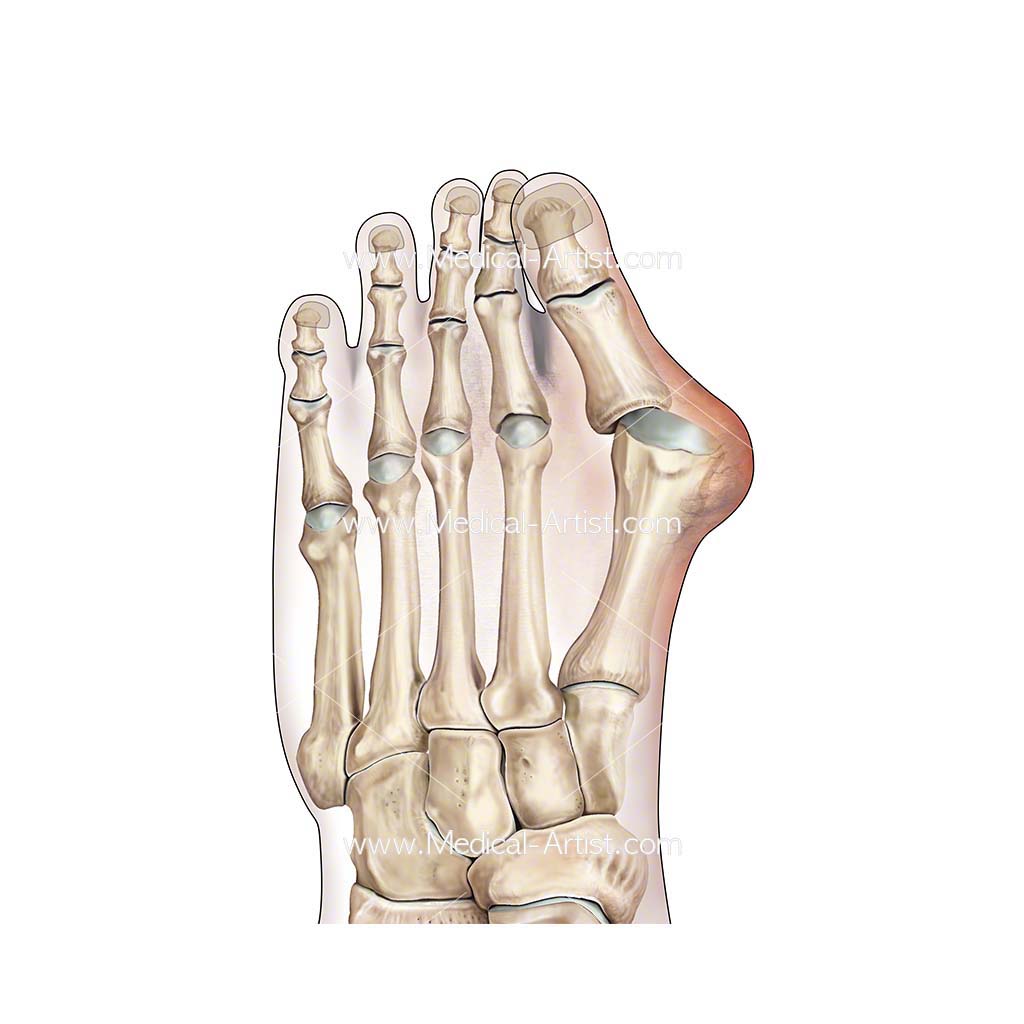 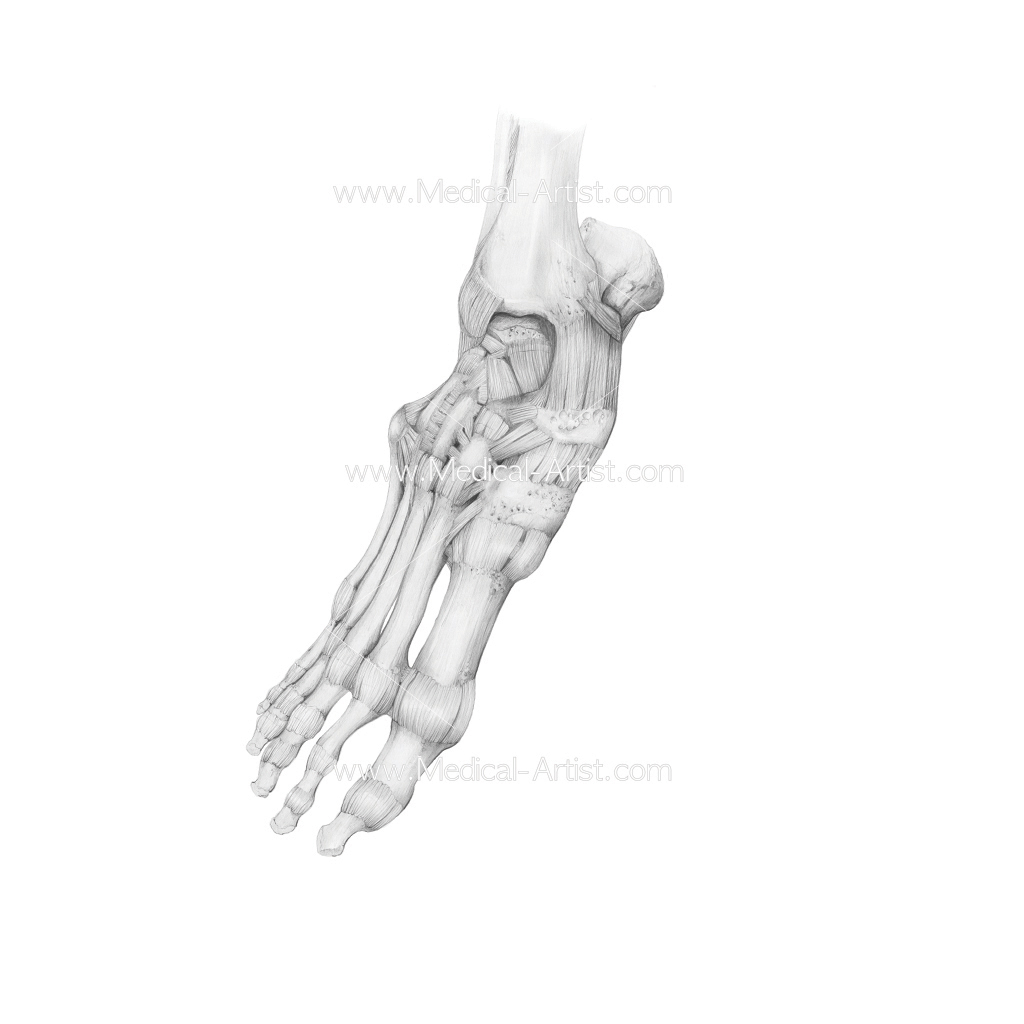 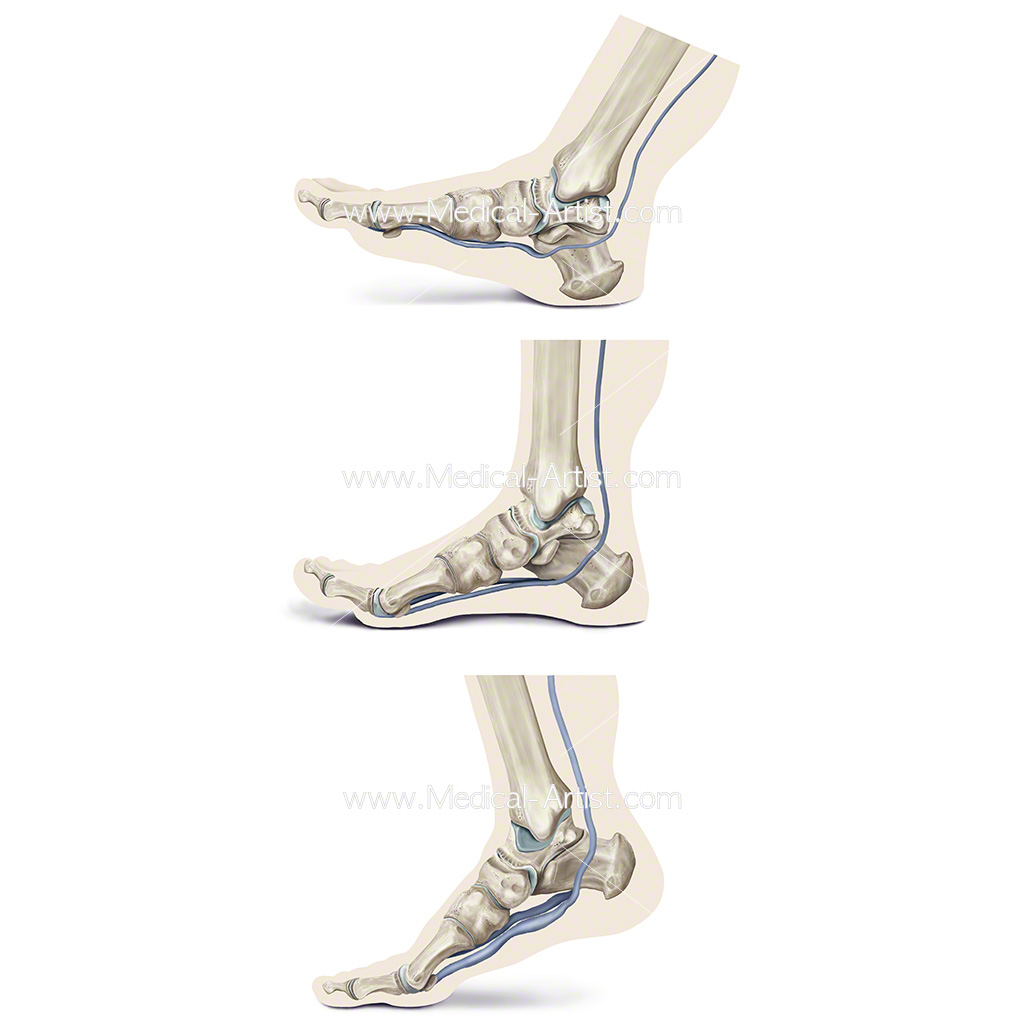 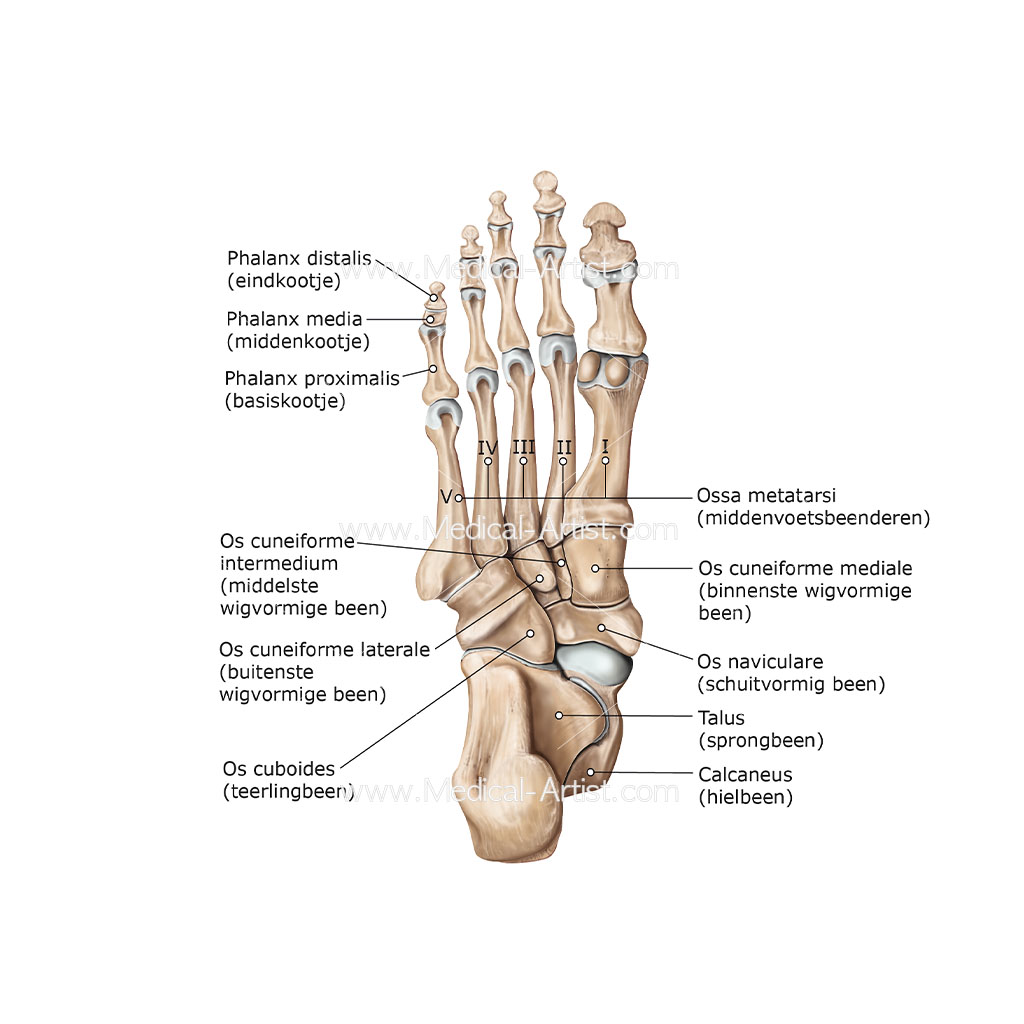 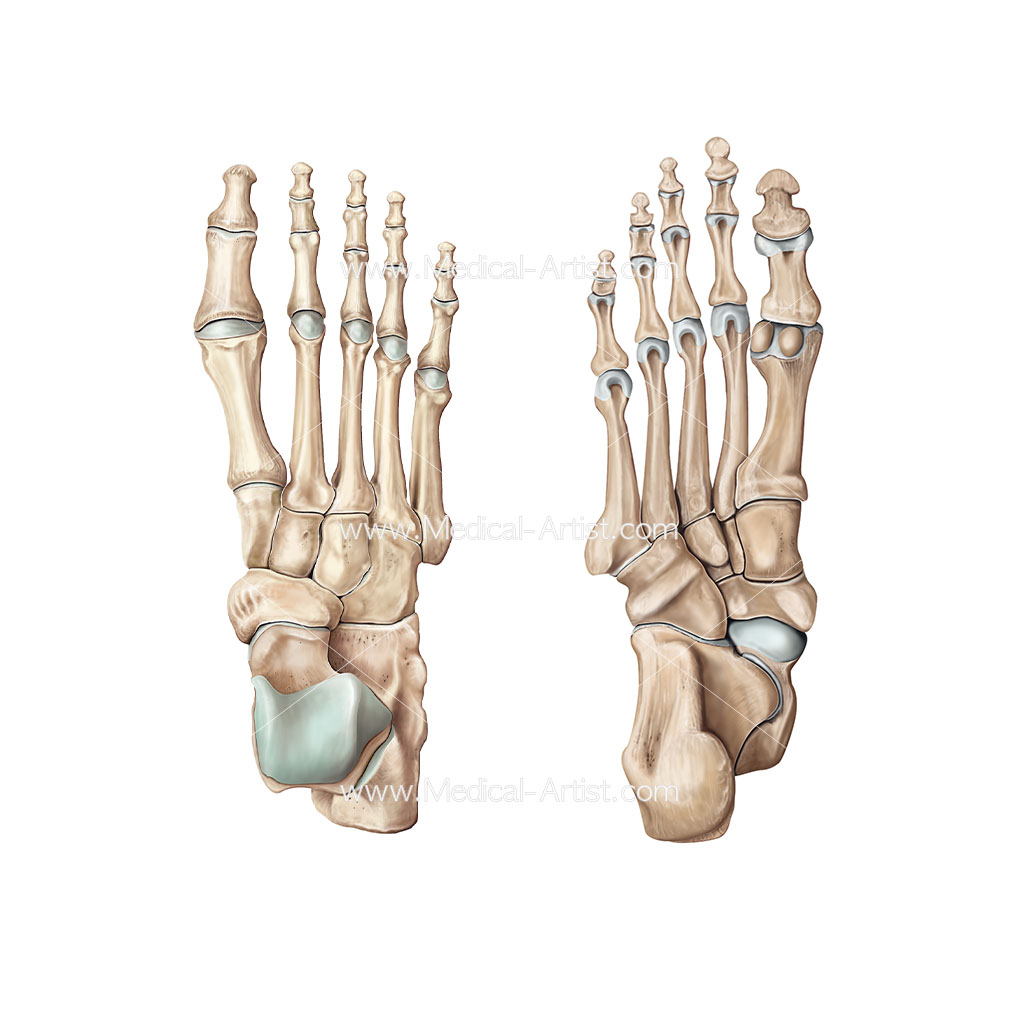 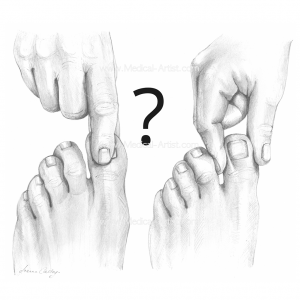 Anatomical Facts about the Human Foot

Of all the bones in the foot, the talus, cuboid and middle cuneiform are structurally the most important as they are what is called the three Keystones. The most important component in any arch structure is the Keystone. This is the bone or ‘Keystone’ which forms the apex of the arch and holds the entire structure together.

Bones manufacture blood cells called haematopiesis plus they store minerals, within the bone matrix. Such as calcium and is involved in calcium metabolism, and bone marrow can store iron in ferrotin and is involved in iron metabolism. Bone structure is made up of a mixture of chondroitin sulfate and hydroxyapatite making up 70% of the bone.

Need medical illustrations of bony anatomy, the skull or the spine?