Water colour medical art is alive and doing well. It’s one of our favourite mediums and a style that was chosen by the editing team to grace the covers for the British Dental Journal. Published by Nature Publishing Group the BDJ is the official Journal of the British Dental Association.

The role of the BDJ is to inform its readers of ideas, opinions, developments and key issues in dentistry, clinical, practical and scientific, stimulating interest, debate and discussion amongst dentists of all disciplines. All papers published in the BDJ are subject to rigorous peer review. It was therefore an honour for us to accept the commission to create the 12 front covers for their 211 journal series. 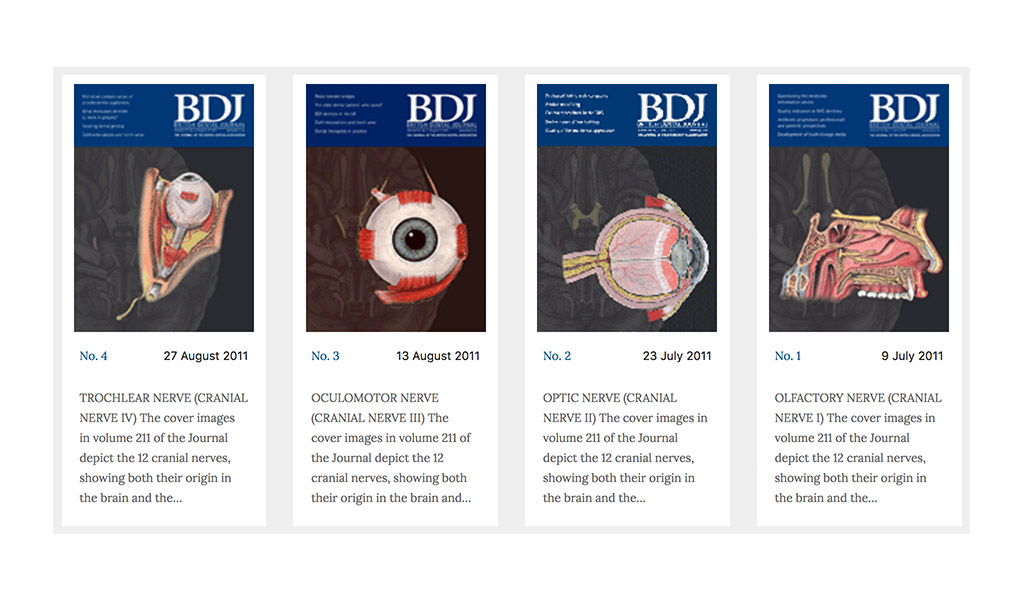 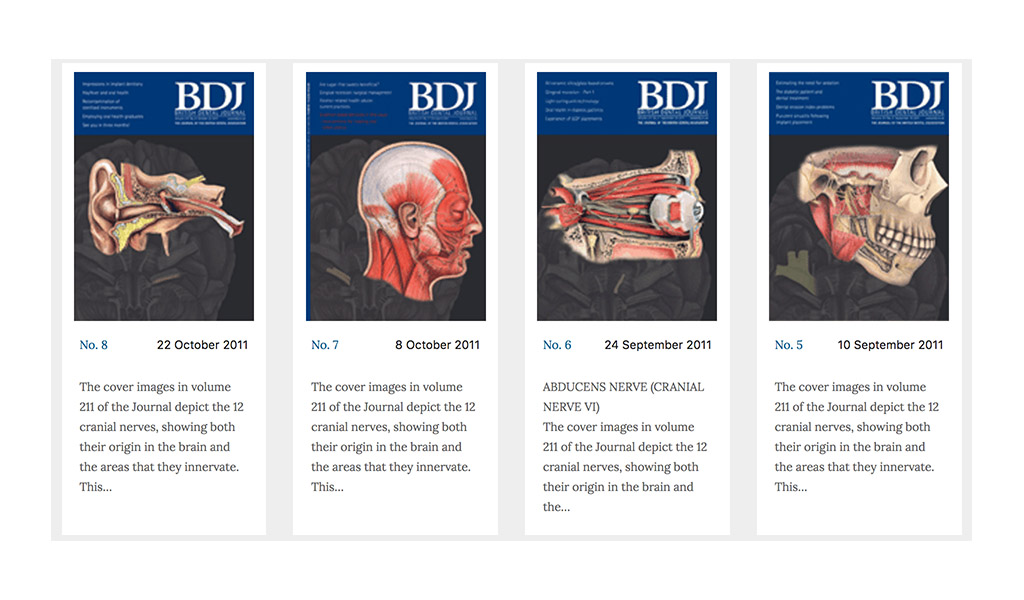 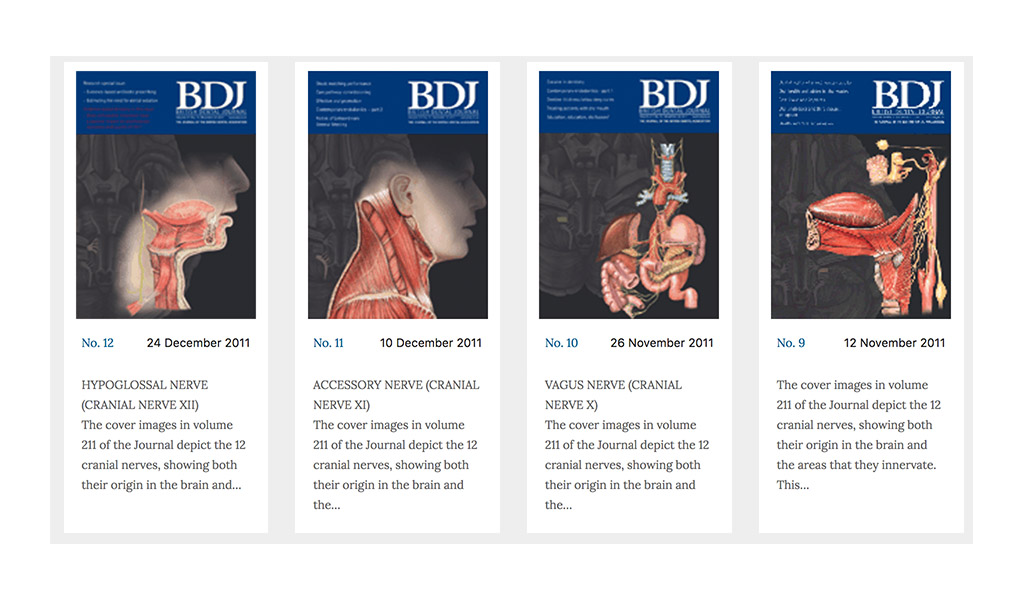 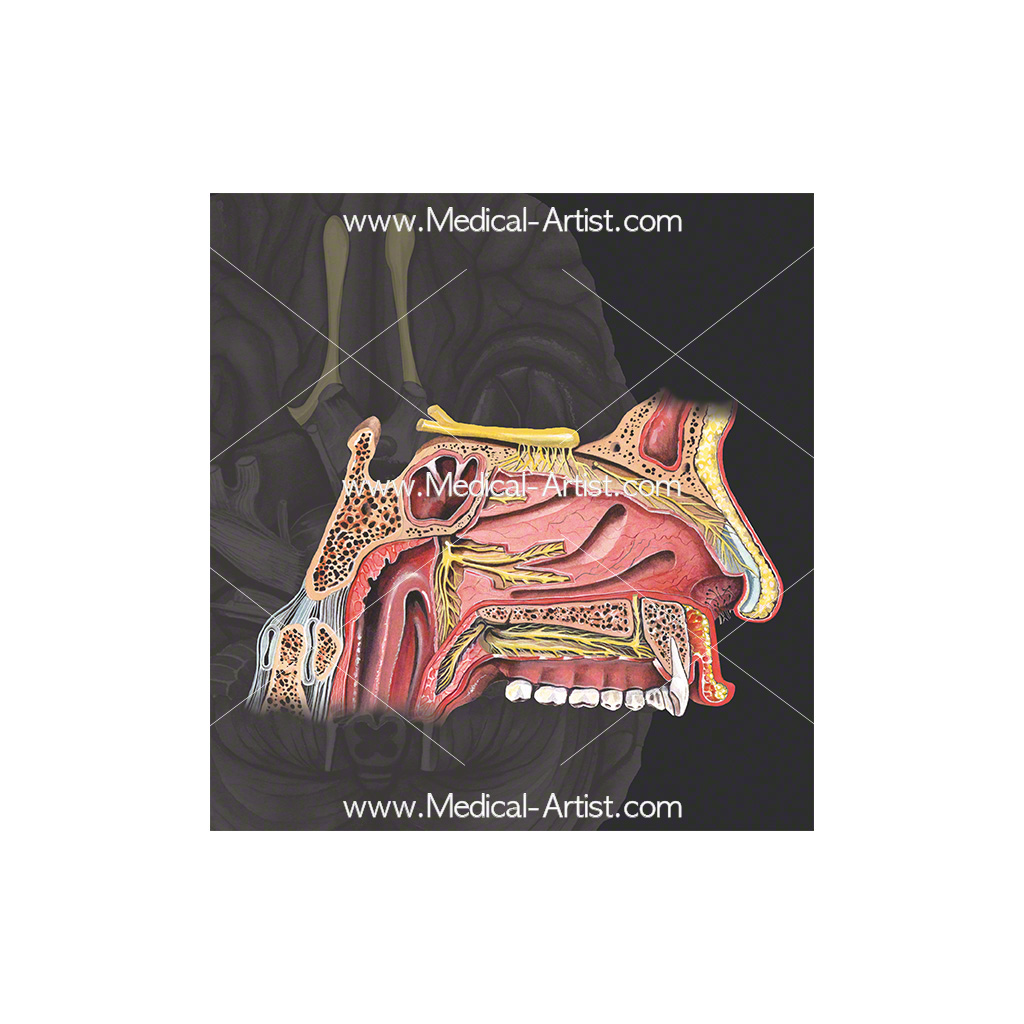 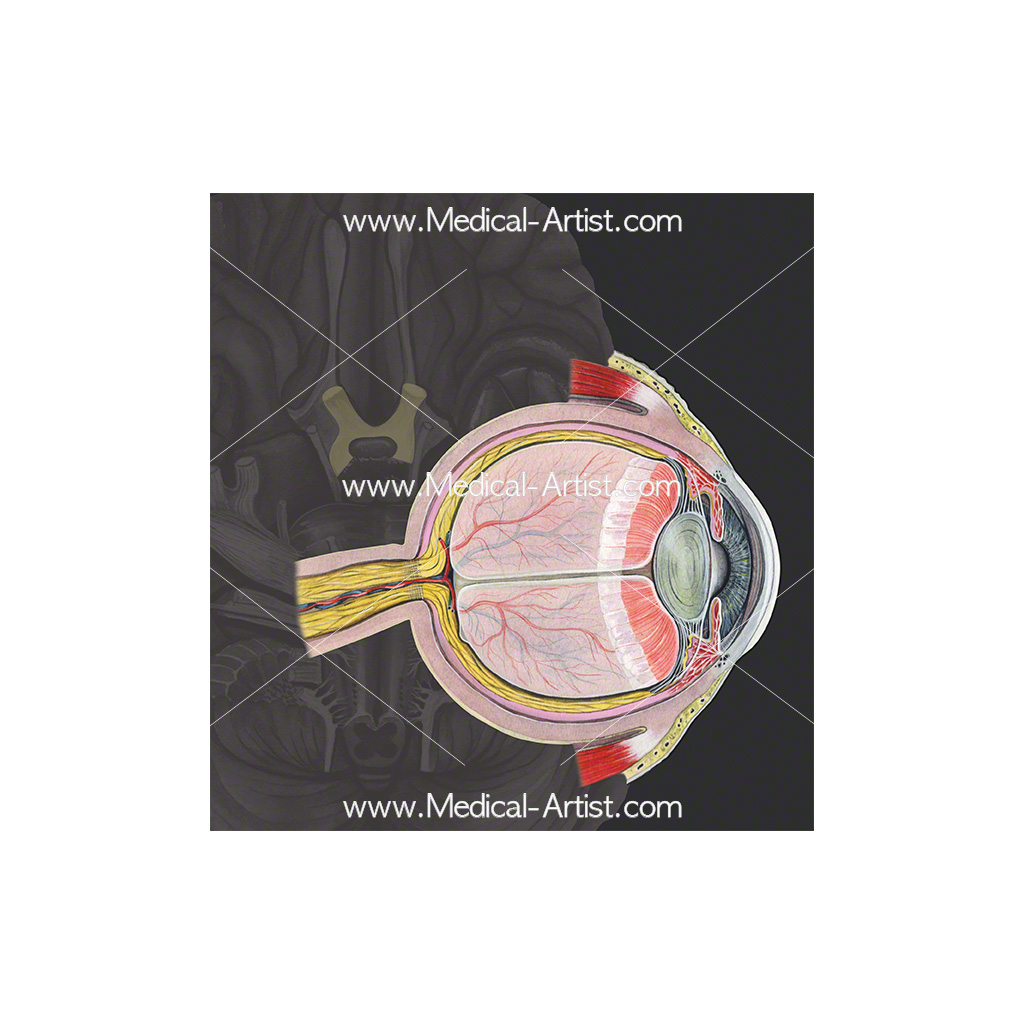 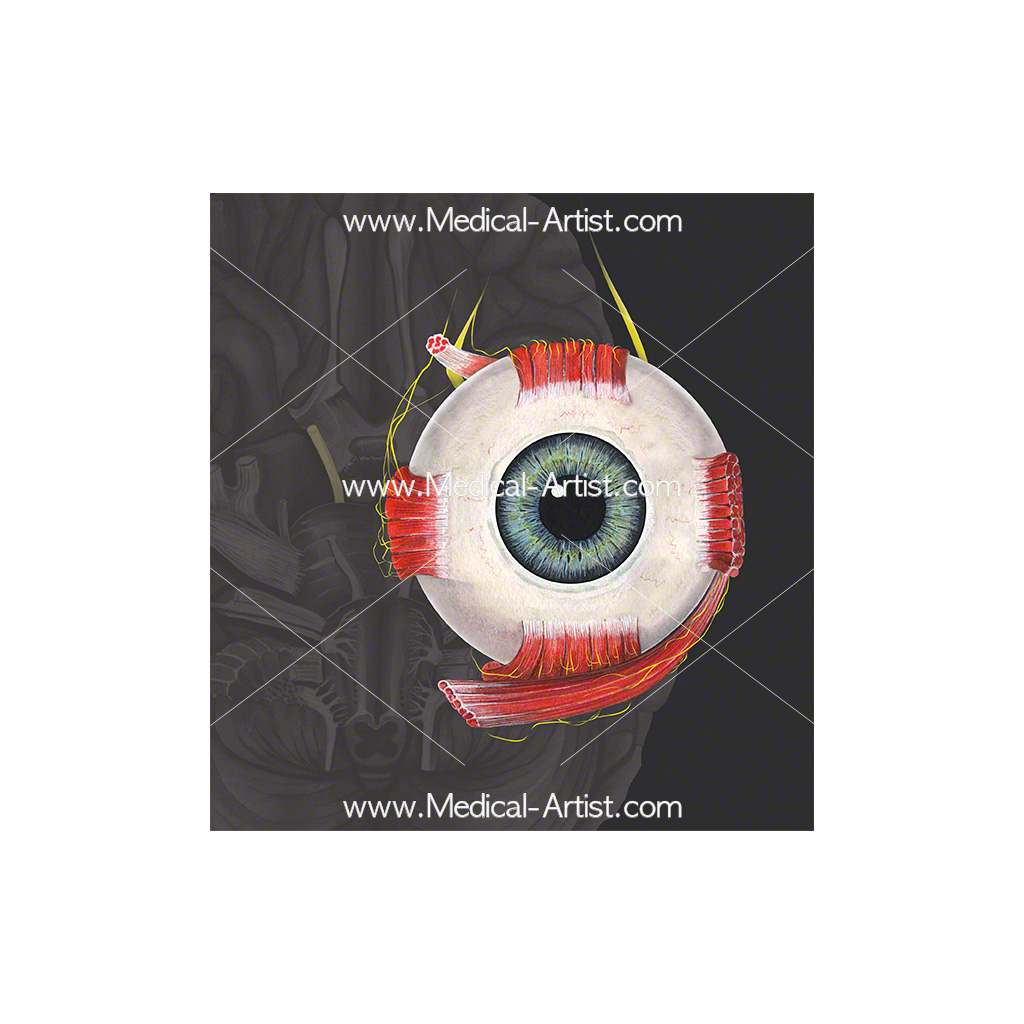 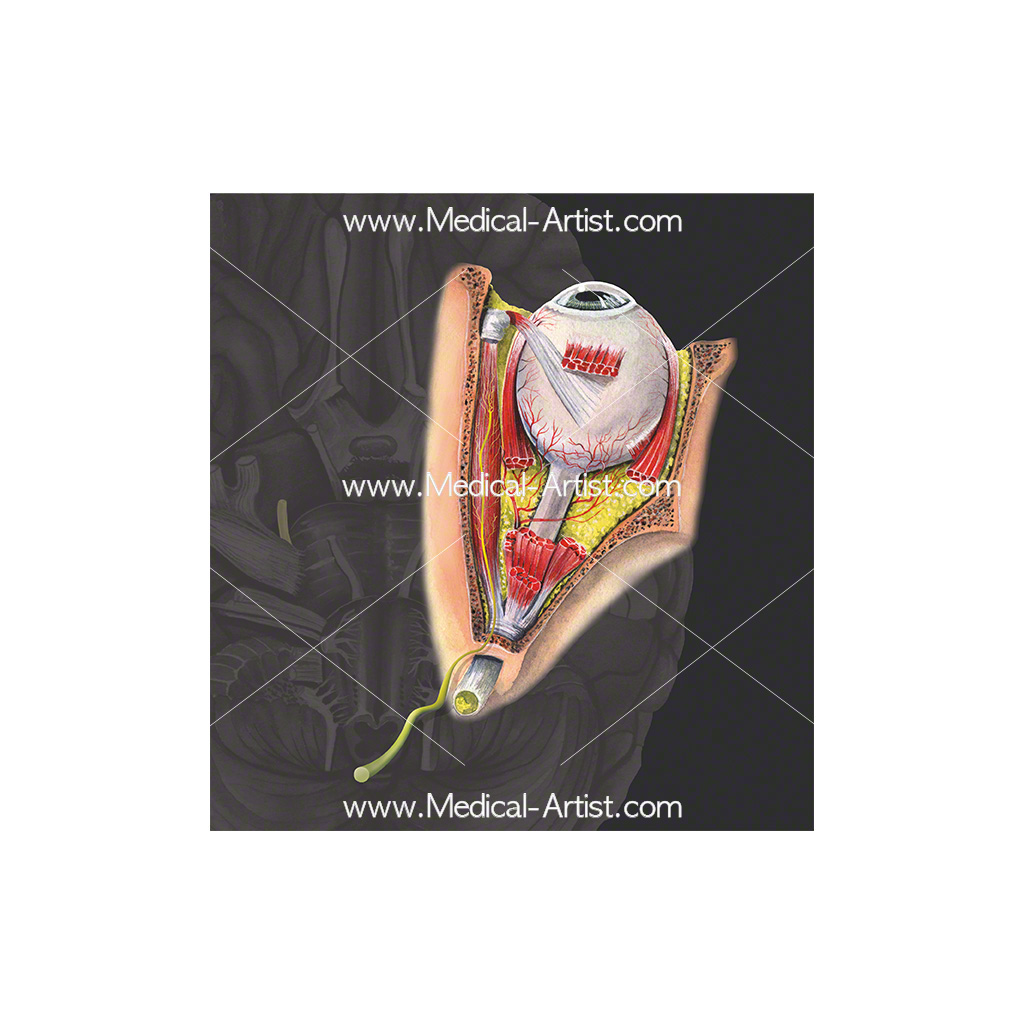 The purpose of the brief was to illustrate the twelve cranial nerves as it coincided with the number of front covers that made up the series. To provide a continuity it was decided that each cover was to use an illustration of the brain as the backdrop completed in grayscale, so the appropriate nerves could be highlighted each time in yellow. The purpose to show both the origin of the nerve and the areas that they innervate. Then each specific anatomical area, mostly as a cross section, was detailed in full colour traditional watercolour paint using fine sable brushes on stretched 300gsm watercolour paper on board.

The first painting was of the olfactory nerve composed of numerous fine filaments that ramify in the mucous membrane of the olfactory area in the nose and is instrumental for our sense of smell. The second cranial nerve shown was the optic nerve, with its bundle of nerve fibres that transmits visual signals from the retina of the eye to the brain. Thirdly the oculomotor nerve collectively performs most of the eyes movements innervating three of the muscles attached to the eye. This theme continued for each of the cranial nerves with the purpose to show a very anatomically correct yet engaging visual. 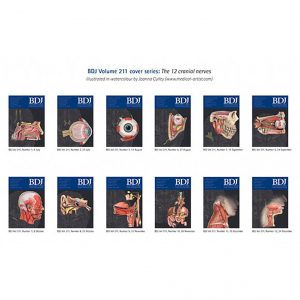 “We are thrilled with the set of 12 illustrations that Joanna has created for us. The medium is perfect, and every single cover in volume 211 looks stunning. This cover series depicts the 12 cranial nerves, showing both their origin in the brain and the areas that they innervate. The technical accuracy of Joanna’s work is spot on; working with such a talent has been a pleasure.” Melissa Cassem

As a result of the BDJ commission Joanna was asked to illustrate a further 37 illustrations for a book on oral surgery for a clinical audience to be published by The British Dental Association, London. 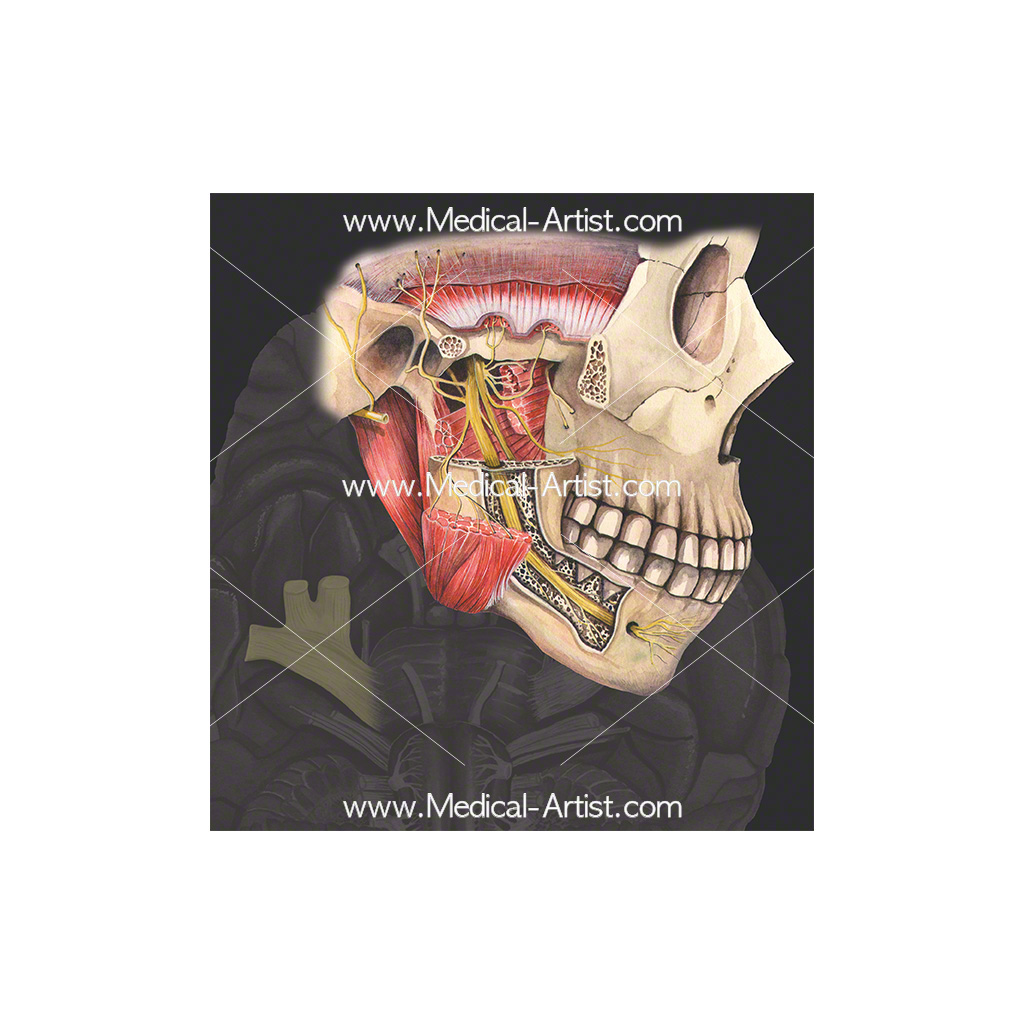 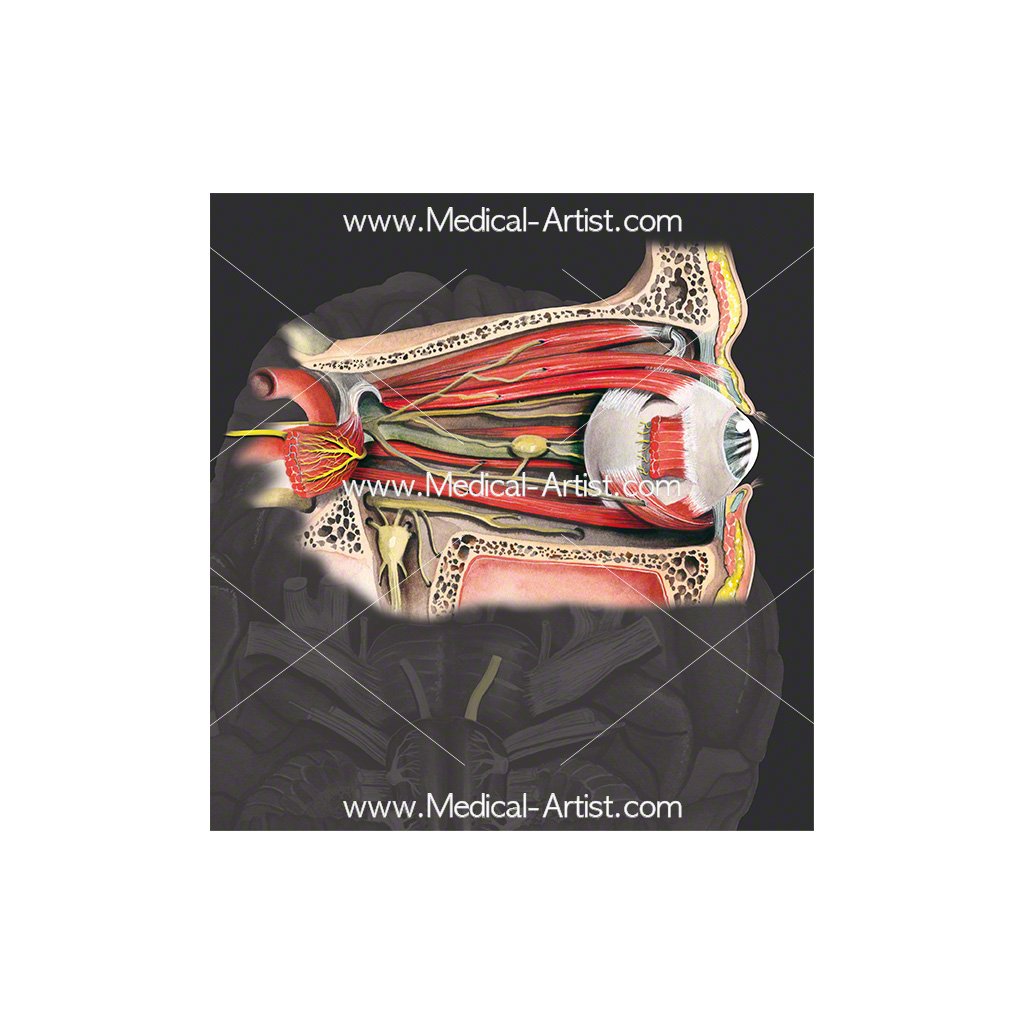 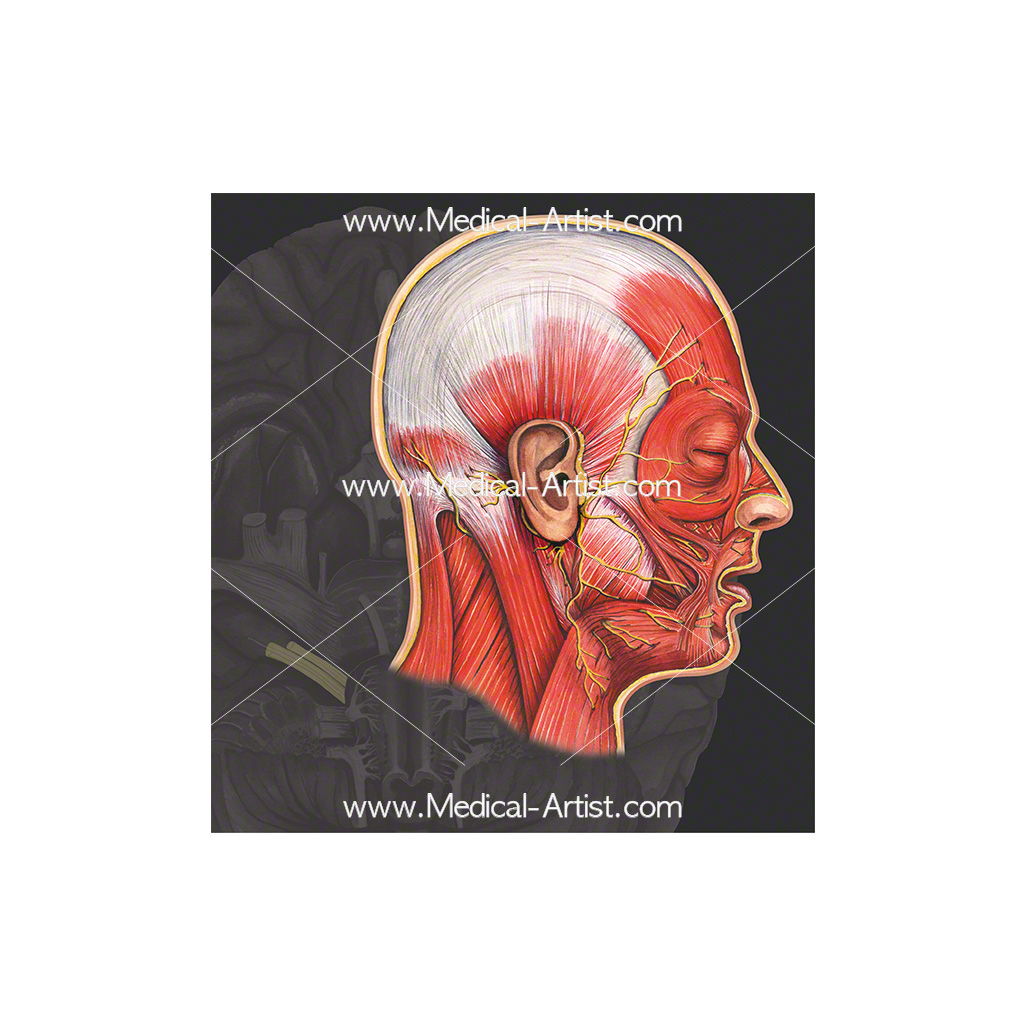 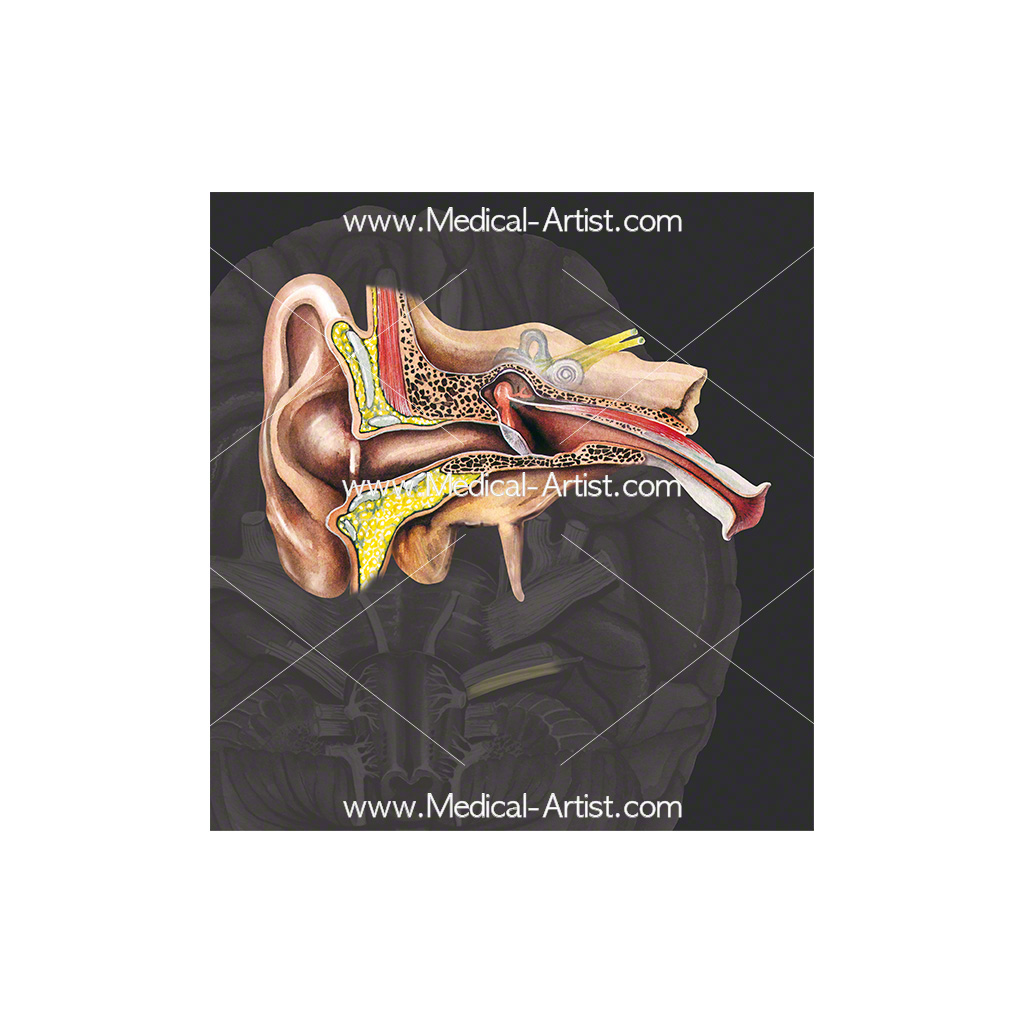 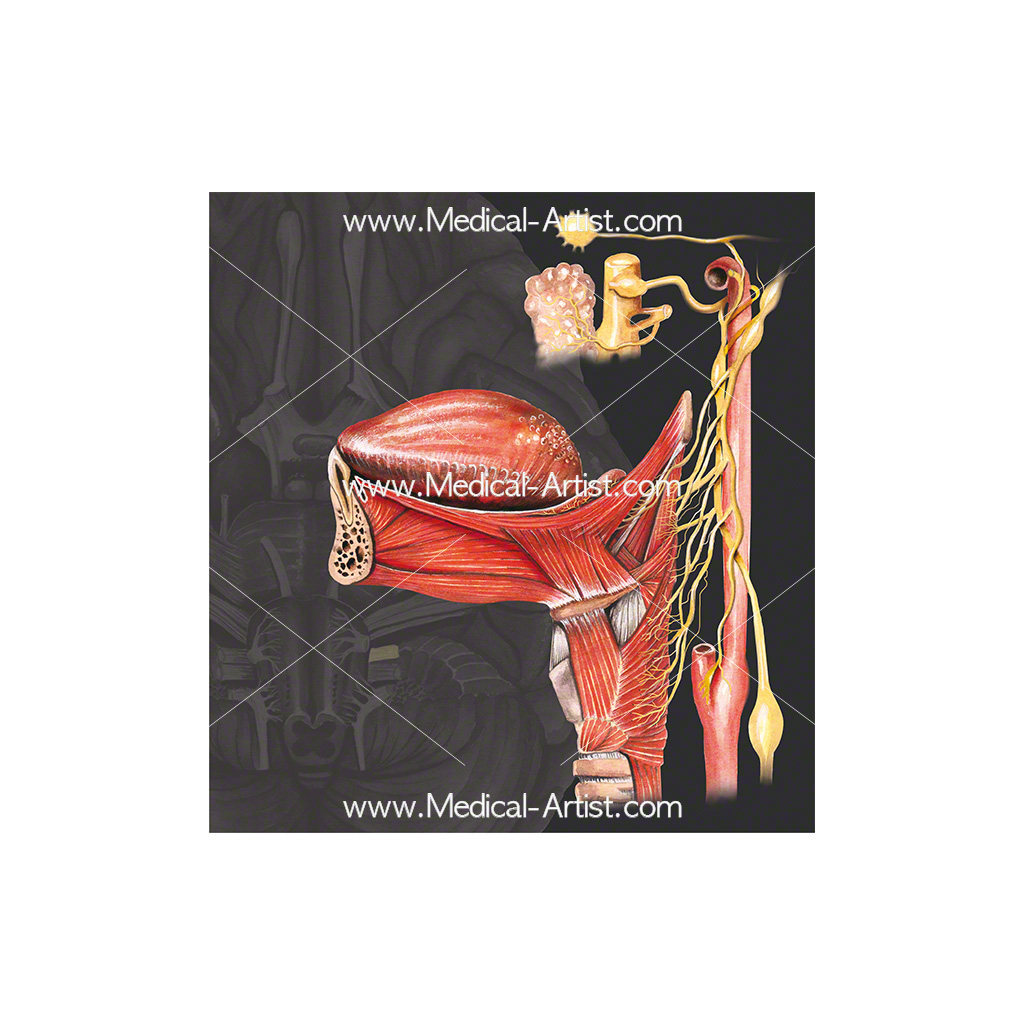 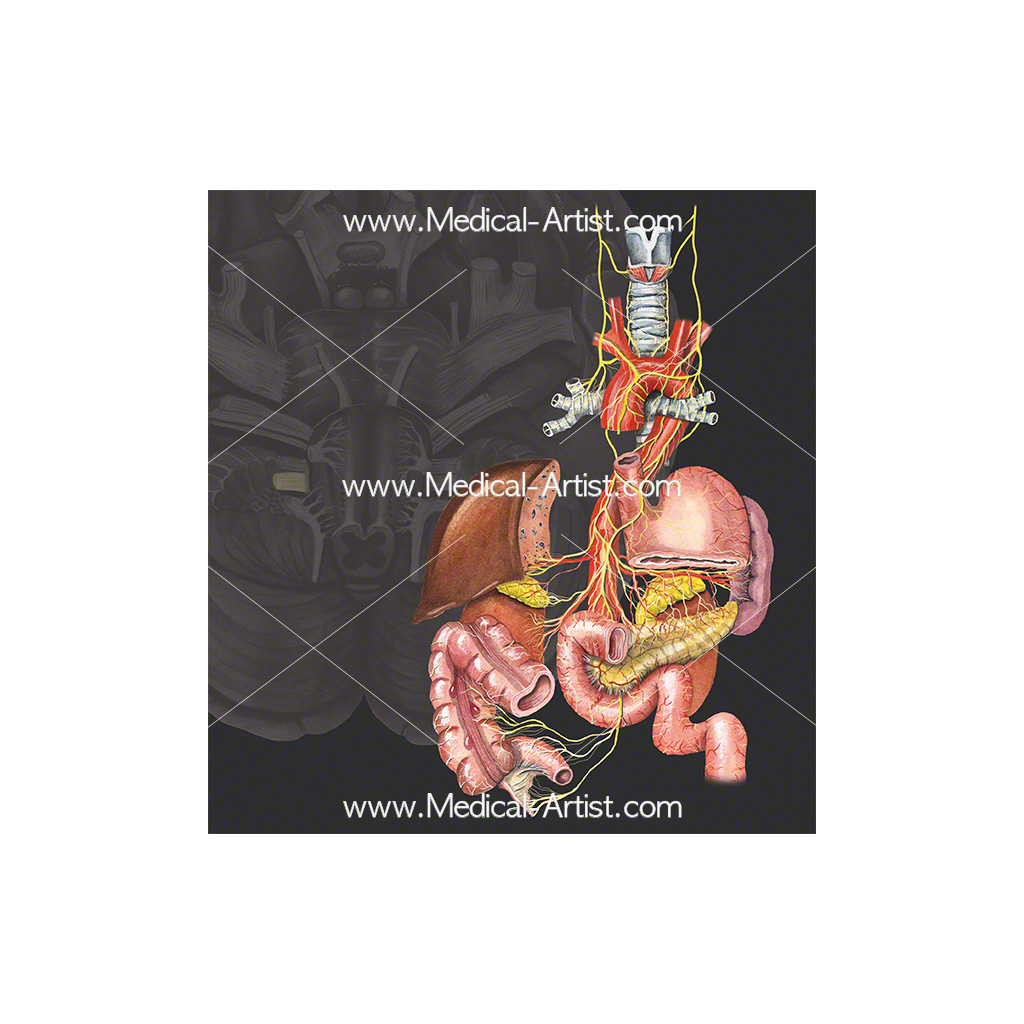 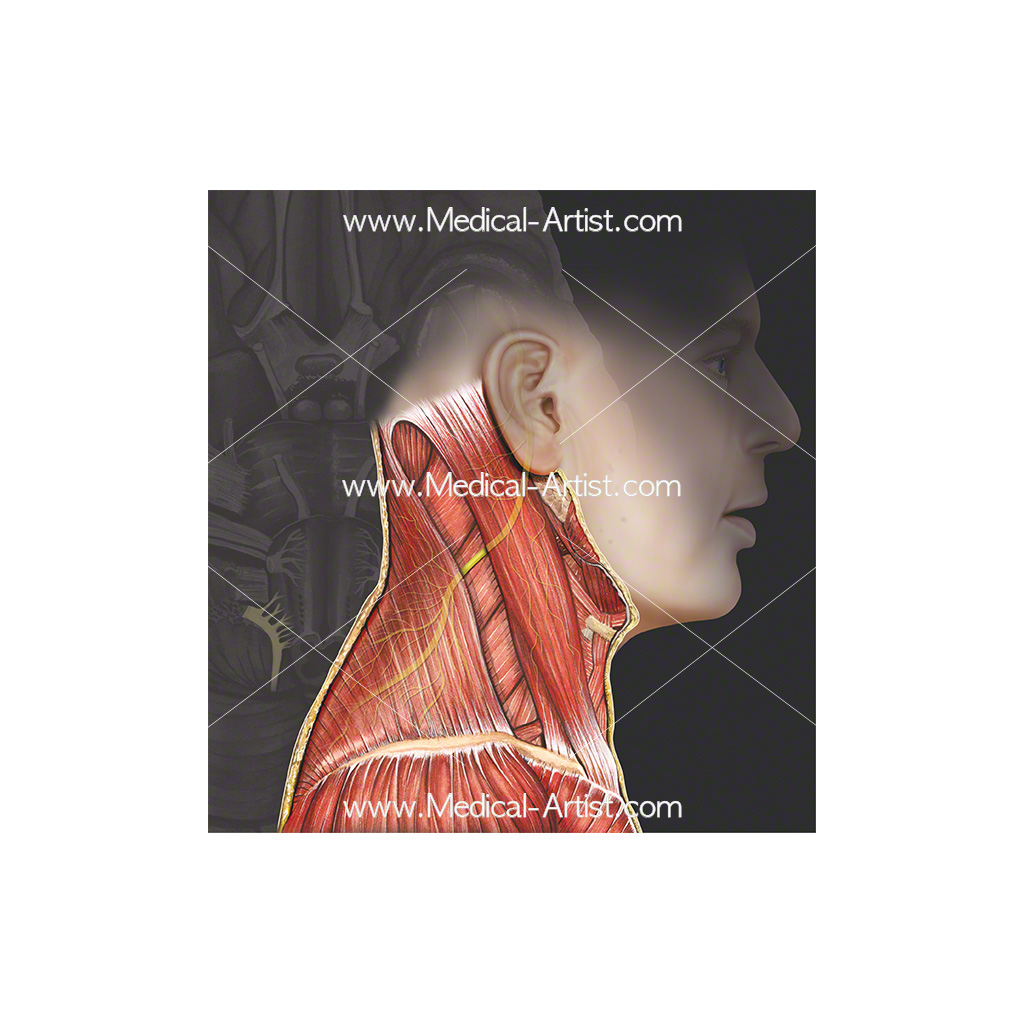 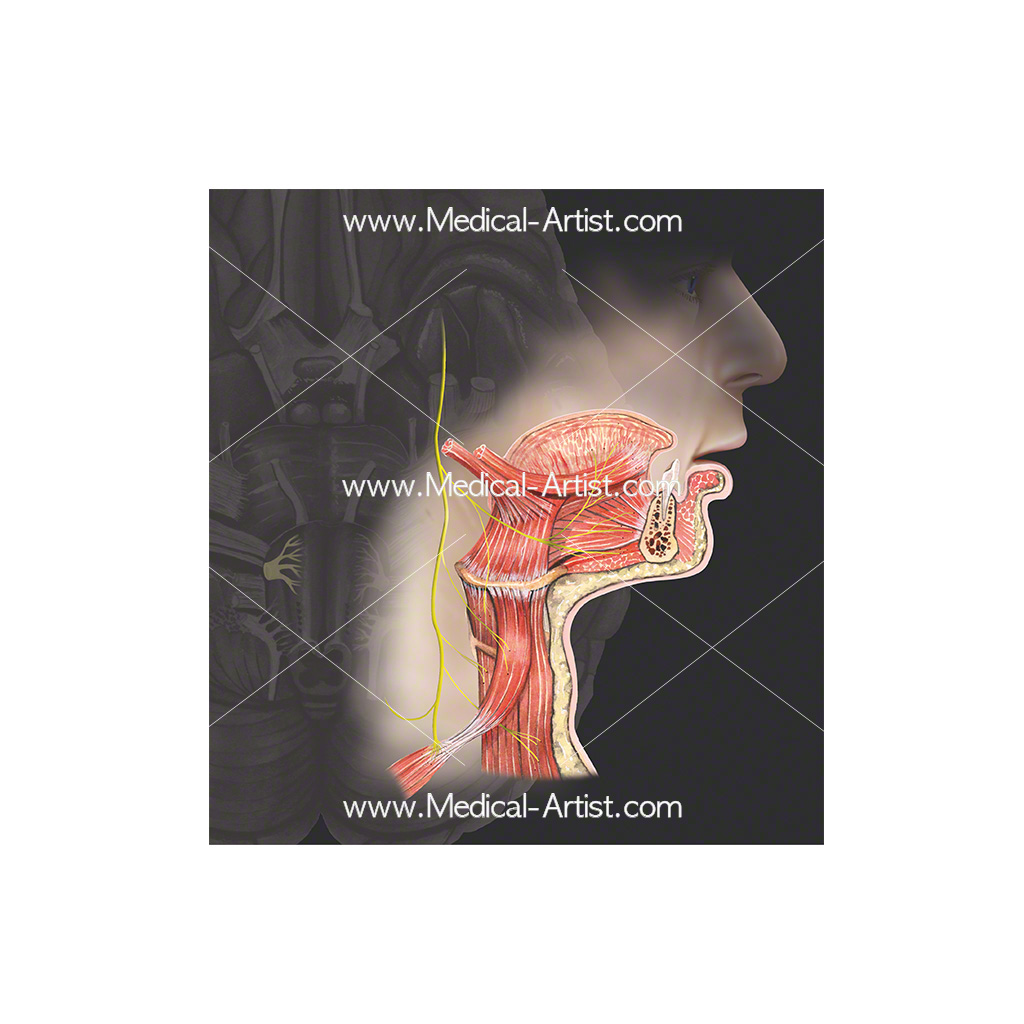